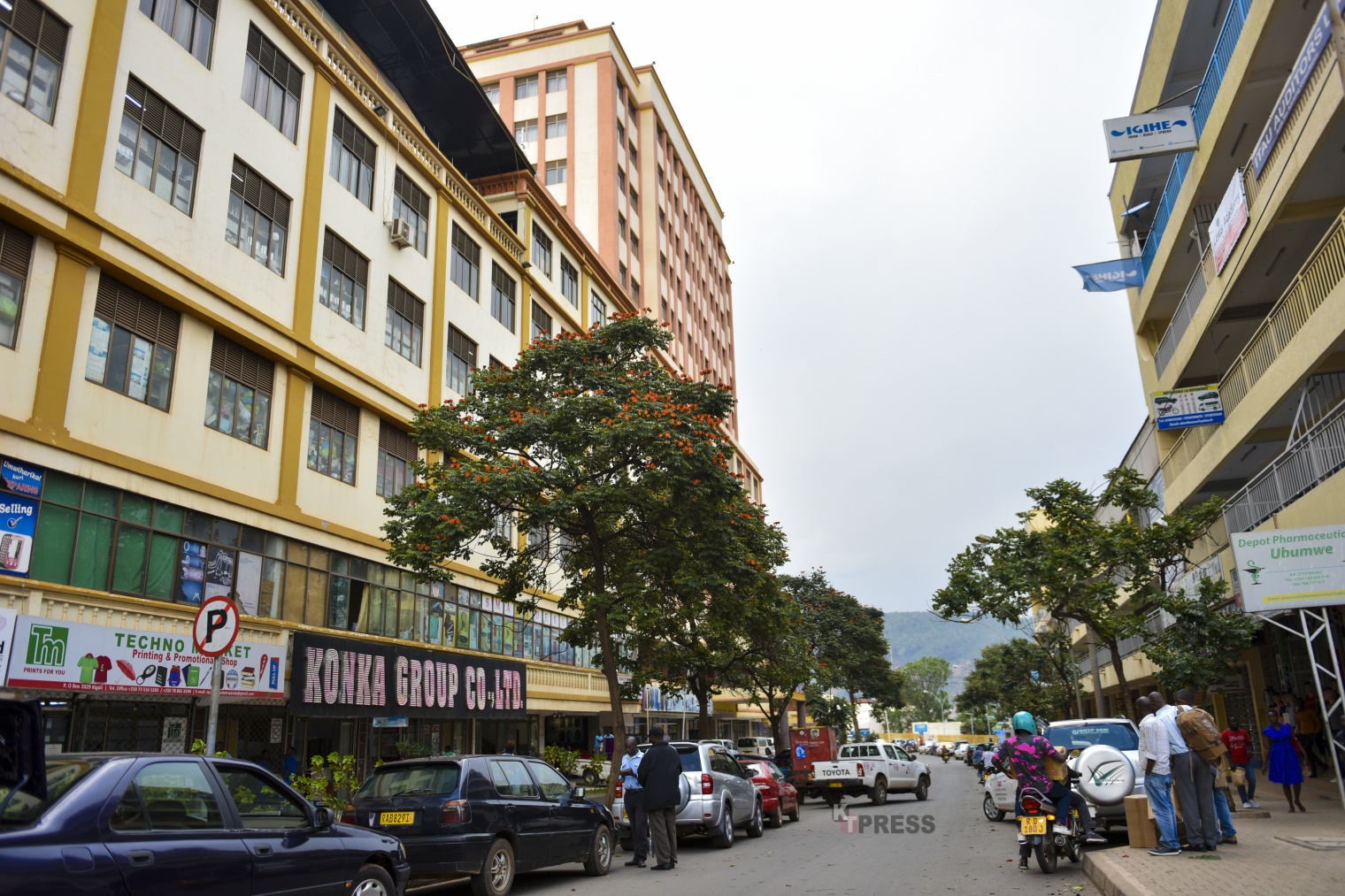 Walk around buildings like T2000 in Kigali downtown. Stinky environment is a justification that the city needs a central sewerage system as a matter of urgency

The Government of Rwanda has received funding for the construction of Kigali Central Sewarage System which will make Kigali city cleaner and greener.

A loan agreement to finance Kigali Central Sewage project worth €45 million will be signed on Tuesday between the Ministry of Finance and Economic Planning and the financing institution – European Investment Bank (EIB).

The 25 year loan will be formally signed by Claver Gatete, Minister of Finance and Maria Shaw-Barragan, Director of EIB- responsible for lending operations outside Europe.

In our previous reporting, City of Kigali officials said that the construction of sewerage system for Kigali is expected to be completed in next three years.

The first phase will be the construction of a central sewerage system that will collect waste from the Central Business District (CBD), Nyarugenge sector and Muhima sector.

Upon completion, those who will be affected like residents living along the mapped areas connected on the 86 kilometers sewer network will be obliged to pay for the household sewer collected and drained from their homes.

Marie Josée Nyiraburanga, sanitation project implementation officer at Water and Sanitation Corporation (WASAC) told KT Press that payment will be made and added to the existing water bill at the end of every month.

“The rates of the waste bills have not yet been decided but they will depend on the amount of water used by each client, since 80 percent of the water ends up as waste,” Nyiraburanga said.

Despite media reports alleging that Rwanda is likely to fall on a debt deficit as a result of over borrowing, government believes to be getting donor funds at a rate that is not alarming compared to other African countries.

Minister Gatete says that loan is needed for the country’s development at a time when the government is borrowing locally at 10% and 36% externally- which below the World Bank 50 percent average.

“The EIB has played a key role supporting the technical, economic and environmental studies essential for the successful design of this scheme,” Gatete said in part of his press statement.

Maria Shaw-Barragan, Director of the European Investment Bank said that the plant will improve health, reduce pollution and carbon emissions, as well as make Kigali an even better place to live and work.

“Visionary new investment to transform wastewater here in Kigali will benefit Rwandans for the years ahead,” Shaw-Barragan said.

The EIB’s support for wastewater investment in Kigali represents the largest ever financing by the European Investment Bank in Rwanda in 40 years of operations.

It is also the first support for public sector investment since 2000. The European Investment Bank is the world’s largest international public bank and the largest lender for water investment worldwide.