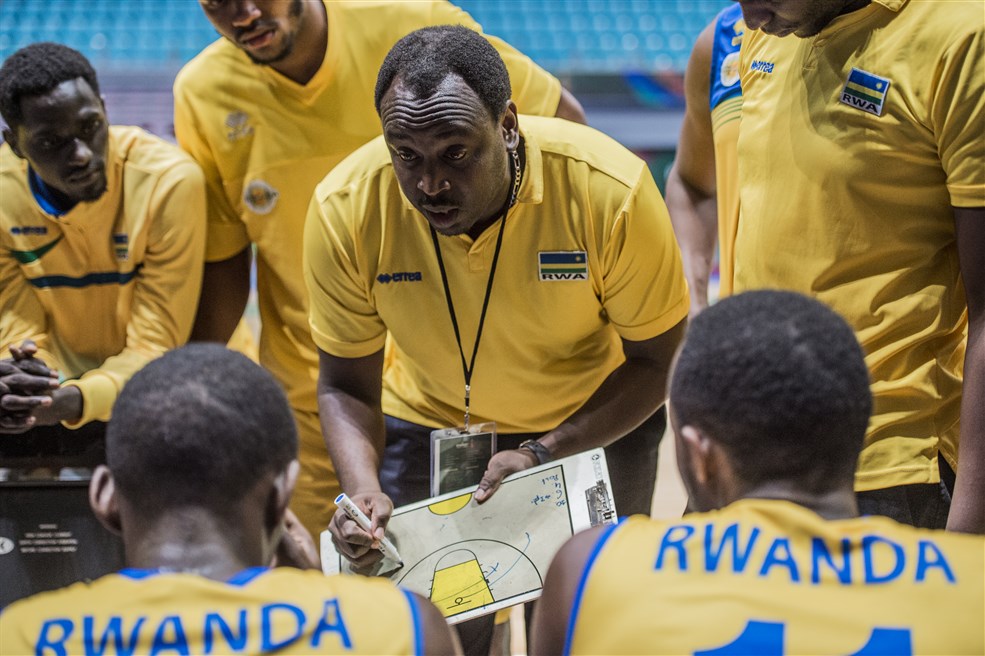 Rwanda head coach Moise Mutokambali has announced a 12-man final list ahead of their opening match against hosts Mali in the first-leg of Group B of the FIBA Basketball World Cup 2019 African Qualifiers due in Bamako on Friday, this week.

Rwanda grouped alongside regional arch-rivals Uganda, hosts Mali and Nigeria will start the campaign against Mali on Feb. 23, face Nigeria the next day and conclude their group game against Uganda onFeb. 25.

Mutokambali named the squad on Monday after his side edged a local select team in two matches played over the weekend.

Mutokambali include the core of the experienced national team players who have been with the team in the past competitiove editions in the final squad with known names such as Olivier Shyaka (REG BC) and Kami Kabange Milambwe (REG BC)- who helped Rwanda to a 1-2 mark at FIBA AfroBasket 2017.

Others are; Mugabe Aristide (Patriots BC), Kaje Elie (REG BBC), Ruhezamihigo Hamza (Concordia-Canada), and Gasana Kenneth (Morocco) among others.

New faces in the final squad include; Ndoli Jean Paul (IPRC-Kigali) and Niyonsaba Bienvenu (IPRC-South BC).

Speaking to the press on Sunday, Mutokambali said, “Our target is to finish atop of our group and by doing so, we have to win all our matches and wait to see what happens in the next qualifying round due in June this year,”

Besides Mali and Uganda, Nigeria’s D’Tigers will be a tough team to beat because they have cemented their continental status as the heavyweights taking the latest rankings into consideration. Globally they are placed 32nd. The Nigerian team will look to big names like Ike Diogu, Ikechukwu Nwamu and Bryant Mbamalu.

The African qualifiers consist of 12 tournaments played across six windows. The first round sees four groups of four teams each. Teams face each other in two legs.

Top three teams from each group advance to the second round, where the 12 qualified teams are divided in two groups (E and F) of 6 teams each.

The top two teams from groups E and F and the best third-ranked team will secure their tickets for the FIBA Basketball World Cup 2019, which will be played in China.