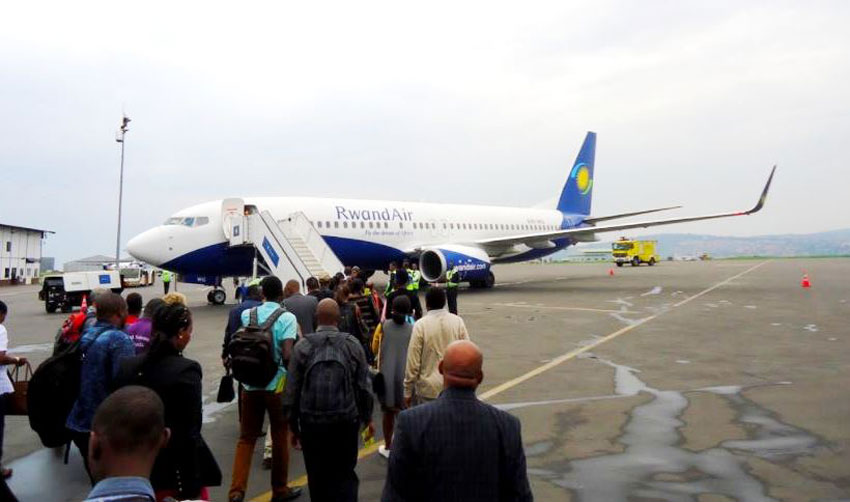 Rwanda’s carrier, RwandAir will on May 16th launch its new route Kigali-Harare-Cape Town which will complete its coverage of Sub Saharan Africa.

Government of Zimbabwe has today offered to Rwanda’s national career the air flight rights to service the route Kigali-Harare-Cape Town.

“This means that in addition to the passengers we’ll be flying to Cape Town from Kigali, we’ll also be able to pick additional passengers in Harare to take them to Cape Town,” Makolo said.

From April 5th last year, RwandAir already operates Kigali-Harare with four times a week; on Mondays, Wednesdays, Thursdays and Saturdays. This means that Harare-Cape Town will be an extension of the route.

According to Zimbabwe’s Ministry of Transport and Infrastructure, this new route will be launched on May 16th to bridge both cities of the Southern Africa.

“Yes, we did issue the traffic rights to RwandAir which will greatly assist our people to travel to Cape Town. This will be the first airline to travel directly to the Cape from Harere.” Joram Gumbo, Zimbabwean Minister of Transport and Infrastructures Development told Zimbabwe’s Daily News.

The company already has flights in all the countries of the East African community.

Meanwhile, on February 2nd, the Rwanda’s airline revealed its plan to enter the Israel’s market inviting qualifying bidders to become its GSA in Israel.