Ugandan popular artist, Moses Ssekibogo, alias ‘Mowzey Radio’ of the Goodlyfe Crew was pronounced dead on February 1 after succumbing to severe blood clot in his brain.

The untimely death of Radio, who was a frequent visitor and friend of the Rwanda and collaborator with local musicians has left many mourning and saddened by his demise.

In tribute to his love for Rwanda and keeping memories within his fan base in Kigali, the Junction lounge and Restaurant will this Friday host a Mowzey Radio tribute night playing the greatest hits over the last ten year of Radio’s career.

The event will be hosted by former Miss Rwanda contestant and socialite Teta Sandra with Kigali top DJ’s like Diallo and Brek, as the guest disc spinner.

Radio (RIP) and his man Weasel have done several music and video projects with Rwandan musicians who include Bruce Melody, one of Rwanda’s fastest growing R&B artistes in a love single called ‘Muzik’, “Play It Again”.

He also had a collabo with Rwanda’s uprising DJ Pius, ‘Pete Kidole’ and with the Urban Boys and the famous Tigo All Stars promotional video ‘Greetings from Rwanda’.

DJ Pius, who has Radio’s photo on his WhatsApp profile with inscriptions “The Face of Music” told KT Press that he doesn’t know if he will attend Radio’s tribute event since he was in Kampala and heading to Goma to perform alongside Jose Chameleon.

Despite his ferocious anger and falling into several fights in Uganda and abroad, in Rwanda, the Goodlyfe duo (commonly known as Radio) will be remembered for melodious songs which hit the local charts especially ‘Zeuna’, ‘Talk and Talk’, ‘Ability’ and ‘Magnetic’ among others which he released recently. 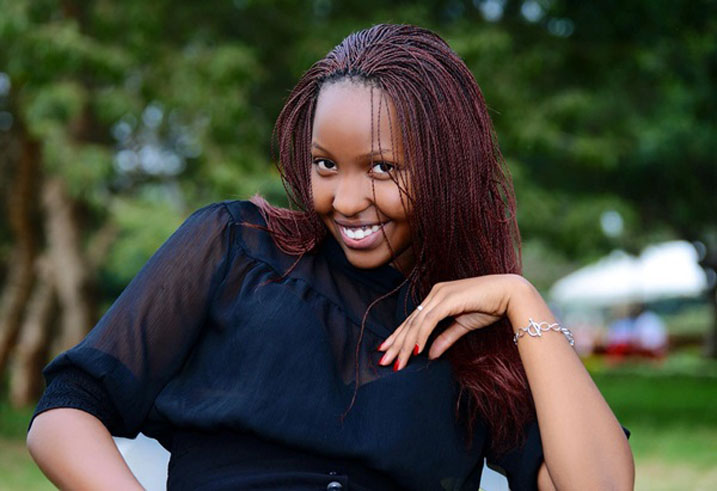 Some of the songs predicted his death, internal battles and last days of his life.

In Uganda controversy has risen over celebrating Radio’s life as a music ‘icon’ or social ‘outcast’ but fellow Ugandan musicians like Jose Chameleon and Cindy have kept the solidarity to remind people of who Radio was in all forms of life’s views.

“Whenever we met, Radio always told me about God and you would clearly see he was a different person. I am glad he accepted the Lord before he died and I know he is in a better place,” Ugandan songbird Cindy said during her performance at Nexus Lounge last week.

This being one of the events however, Kigali has a lot in offer this week-end.

Rwanda may not be on the same page with France, but Dub Inc France crew, a reggae band from Saint-Étienne, France together since 1997 which combines a range of styles, including dancehall, dub, ska and rap, is not waiting for the relationship between both countries to improve.

The eight- man crew (Hakim “Bouchkour” Meridja, Aurélien “Komlan” Zohou,  Jérémie Grégeois, Moritz Von Korff,  Frédéric Peyron,  Idir Derdiche,  Grégory “Zigo” Mavridorakis) will be setting pace in Kigali city with songs from its eight albums, ahead of the planned visit of the French Minister of Sports, Laura Flessel- who is expected in the country next week.

The group will be performing live at One Love Hall in Kimihurura, with other activities like dance poetry, music archery fashion and comedy in the pipeline alongside jazz tunes from Kigali based Chilean guitarist, Tito Al Uribe- who will also be joined by Koojo, Alyn Sano and Andy Bumuntu.

If you have no cash nowhere to go this week, you can spend some time on internet and social media to win yourself or friends a cake. Simba Supermarket is throwing free birthday cake every week, “If you have a birthday this week or know a friend who does 1. Like, Follow us and tag friend 2. Post your/their photo at Simba with hashtag #SimbaBDCake.”

“At the same time, you can try this if you want a free Bourbon Coffee; follow these steps: Get your Bourbon loyalty card from their Outlets, get your card stamped with every coffee purchase and after 9 stamps on your card, get your 10th coffee FREE.”

After trying all the above, start practicing your pool game, and save Rwf500 for registration at the first ever national billiard (Pool) game competition expected to be held at the end of this month.

According to event organizers, selection of participants in the game will be done in 16 districts and registration is on and the best participants will be able to represent the country in future.