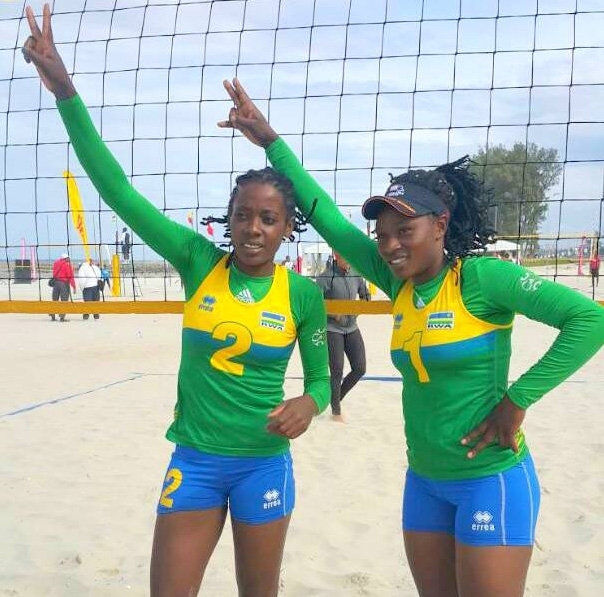 The Rwandan duo of Denise Mutatsimpundu and Charlotte Nzayisenga will be in quest for medals in the Beach Volleyball discipline. Courtesy (1)

Rwanda’s middle-distance runner Salome Nyirarukundo will be seeking to guide Rwanda to a maiden medal at the Commonwealth Games slated for April 4-15 in Australia.

The National Commonwealth Team departs for Brisbane on Saturday morning ahead of the Games. The team which will be comprised of Athletics, Beach Volleyball and paralympics powerlifting athletes is expected to depart Kigali on Saturday morning aboard Rwandair to Nairobi, Kenya.

They will connect to Brisbane aboard Etihad Airways with expected arrival in Queensland scheduled for Monday afternoon.

Speaking to KT Sports on Friday as the athletics team climaxed their preparations, Nyirarukundo said, “We are well prepared heading into the Commonwealth Games. We expect a tough challenge from the Kenyans and Ethiopians in the middle-distance events.”

“I have had good preparations, I have trained and competed with some of these top Kenyan and Ethiopian athletes since the start of the year and previously last year and I believe I will stage promising performances in Australia,” added Nyirarukundo.

Last month, the APR athletics club runner debuted at the 2018 Barcelona half marathon clocking one hour, 8 minutes and 48 seconds to clinch a bronze medal.

This was her first international medal in 2018 following an injury sustained during the 2017 IAAF World Championships that were held in August in London.

Nyirarukundo represented Rwanda at the 2016 Rio Summer Olympics in Brazil where she finished 27th out of 37 competitors in women’s 10,000 metres. She clocked 32 meters 7 seconds and 80 microseconds.

Besides Athletics, Beach Volleyball duo of Denise Mutatsimpundu and Charlotte Nzayisenga will be vying for top honours on Rwanda’s maiden participation in the event.

Rwanda will be the sole African nation among the 12 national teams vying for honors in women’s beach volleyball. Beach Volleyball is a new discipline in Commonwealth Games.

The duo booked their ticket to the XXI Commonwealth Games after beating Nigeria in the final of African Championships staged in Sierra Leone last October.

“We are having good preparations, the girls are in good form and ready for the competition. Our major target is to reach the quarter-finals, and from that stage, we can focus on each game as it comes.”

“All the teams in Commonwealth Games have fought so hard to be there, and there is no one to underestimate; however, New Zealand are the team to worry about most in our group,” he added.

The Rwandan duo of Denise Mutatsimpundu and Charlotte Nzayisenga booked their ticket to the XXI Commonwealth Games after beating Nigeria in the final of African Championships staged in Sierra Leone last October.

Rwanda is drawn in Group C alongside favourites New Zealand, Singapore and Vanuatu. Mudahinyuka’s ladies will have to finish in the top two to secure a spot in quarter-finals. 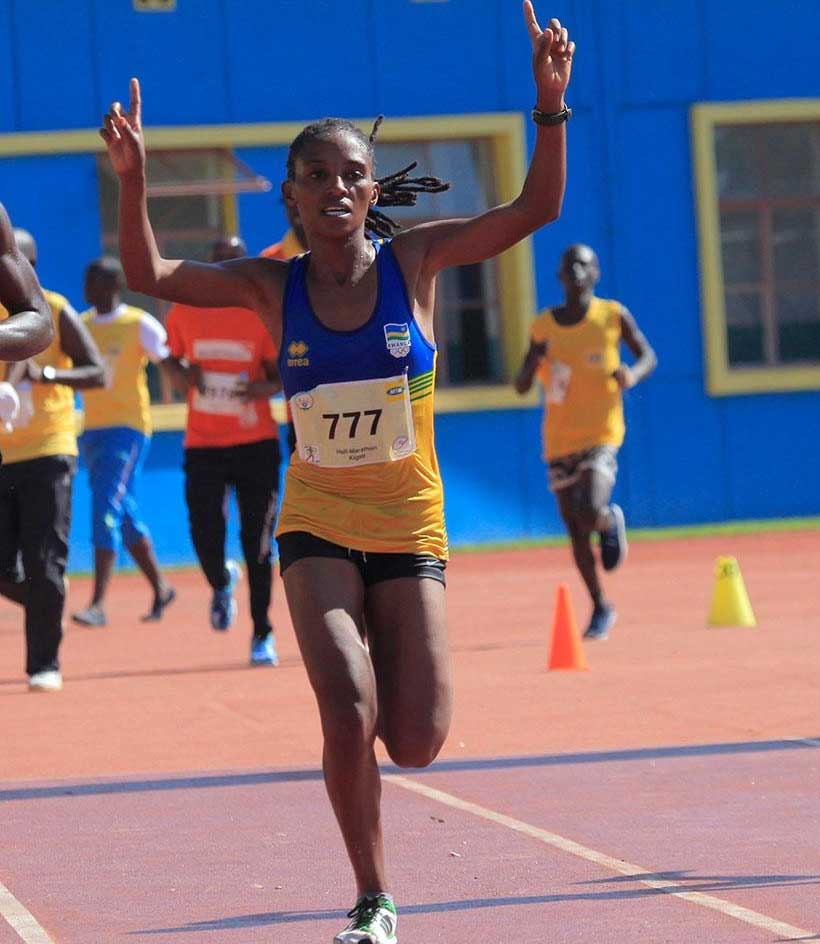 Since the debut participation in the quadrennial event in New Delhi, India, in 2010, no Rwandan athlete has ever been able to win a medal.

A total of 17 athletes across four different sporting disciplines will carry the country’s quest for a historic first Commonwealth Games medal.