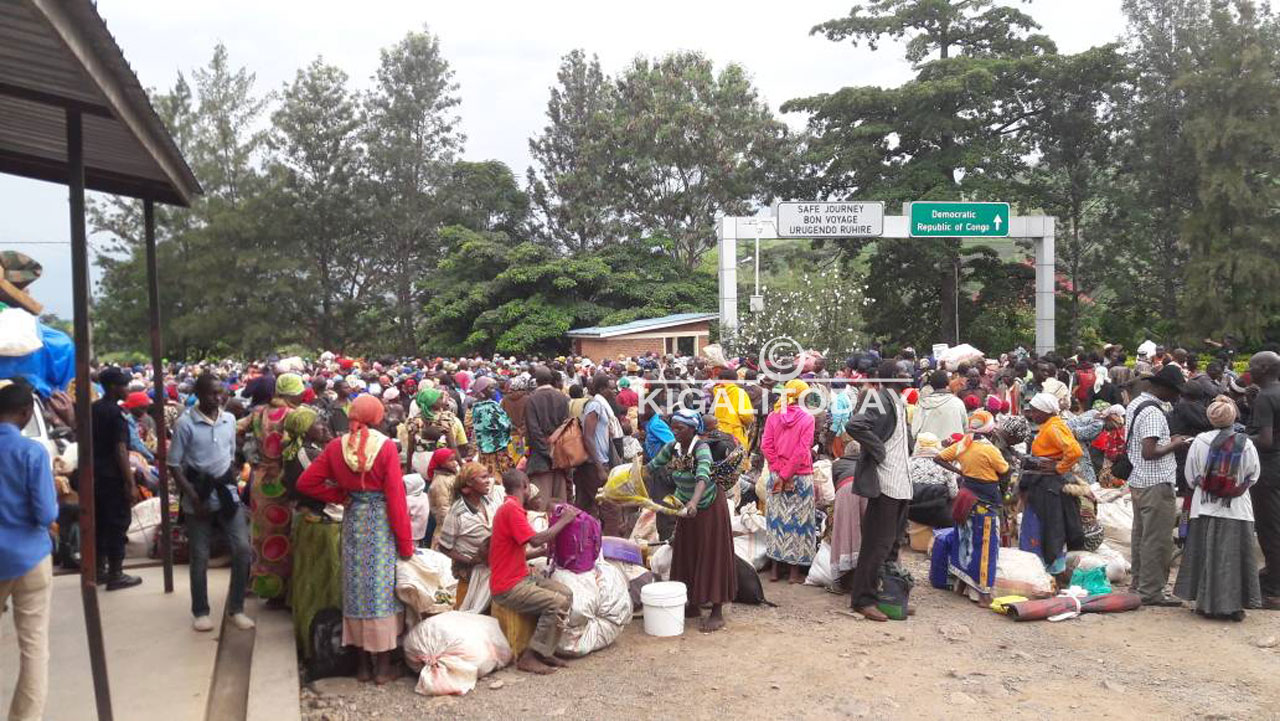 Rwanda Police have apprehended 33 Burundian refugees on charges of inciting fellow refugees to reject assistance from UNHCR, the Ministry in charge of Refugees and Ministry of Health, thus endangering the lives of other refugees.

On March 7, more than 2500 Burundian refugees abandoned their camps in South Kivu province of DR Congo and crossed into Rwanda. They had been living in a transit camp in Rusizi district until last week when the process to relocate them to other areas, began.

A bigger number of them, 1590 refugees were relocated to a transit centre in Gashora – Bugesera district which is miles away from their home country.

Other 600 were relocated to Nyanza transit camp in Nyanza district.

According to an official from Ministry of disaster Management and Refugee Affairs – Midimar on Wednesday the camp officials in Bugesera district wanted to do a physical verification of the refugees. They refused.

It should be reminded that the refugees, since their entry into Rwanda, refused any biometric registration and vaccination yet there is cholera in the country of origin.

When the transit camp officials approached the refugees representatives trying to seek explanation as of why they cannot be counted, all the refugees stood up, shouted violently in protest, according to the communication staff at Midimar.

Apparently, he said, the refugees are attached to a belief which is not flexible per say.

He said, since their entry into Rwanda, they declined to be registered with biometric system, and they have now refused even physical verification, which is the usual counting.

With this, he said, it is difficult to integrate them in a camp.

Previously the refugees said that Virgin Mary Mother of Jesus said that they should never be registered.

Meanwhile, the refugees have also declined to be vaccinated which, according to Midimar, is a bad thing because they come from a country affected with Cholera.

The latest protest by Burundians follows that of Congolese at another camp in western Rwanda. The Congolese were reacting to cuts in their food rations by the UN.