The  South African High Commissioner in Rwanda who doubles as dean of diplomats George Twala has told diplomats to put pressure on their governments to “arrest and jail all” genocide fugitives roaming in their countries.

Ambassador Twala was speaking on their behalf at the first ever Genocide commemoration event for diplomats in Rwanda.

This year marks the very first time that have been dedicated to remembering genocide victims by the diplomatic corps, under the theme: “Contribution of the international community in peace building, justice and reconciliation in post-Genocide Rwanda”.

In Rwanda, there are 33 Diplomatic Missions including Embassies and High Commissions, 7 Consular Missions represented by Honorary Consuls and 30 International and Regional Organisations.

Despite taking part in many Kwibuka events, Monday was the very first time the diplomatic corps organized their own Kwibuka event.

In January this year, the UN passed a resolution to officially recognize the Genocide as “Genocide perpetrated against the Tutsi”.

While many perpetrators continue to roam around European and African cities, Ambassador Twala said the freedom they enjoy is “a spit on the victims’ graves.”

“We have to disabuse ourselves of the reference Rwanda govt as ‘Tutsi-led’ and accept concept of Ndi Umunyarwanda,” Ambassador George Twala said.

The state Minister in the Ministry of foreign affairs, Olivier Nduhungirehe said in the next Kwibuka, Foreign Minister Louise Mushikiwabo will release the archives of every country’s role in the genocide.

“I reiterate the call by Minister Louise Mushikiwabo to help us in establishing the truth—and the whole truth—by availing the archives, correspondences and documents that your respective governments may have on that tragedy,” Nduhungirehe said.

“Only truth will help us in preserving the memory of the Genocide and preserving future generations from that tragedy.”

The minister urged the diplomats to become “advocates” against early release of some Genocide convicts and advocates for arrest, prosecution or extradition of the remaining Genocide fugitives who live in their respective countries.

The call comes when Judge Meron has been orchestrating a project to release several genocide convicts. 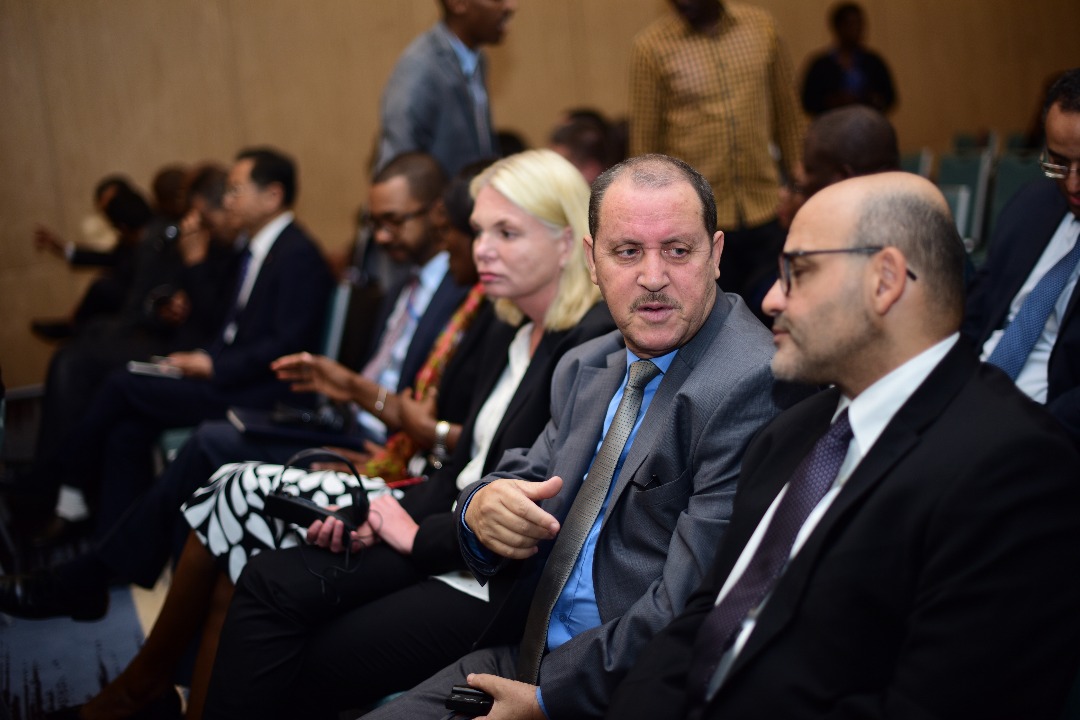 He said the country counts on the Ambassadors and High Commissioners who, visited different Genocide memorials in the country, interacted with survivors, and witnessed the consequences of the Genocide, “to be advocates for arrest, prosecution or extradition of the remaining fugitives, for the recognition of the Genocide as established by the ICTR and decided by the UN General Assembly.”

He also asked them “to be advocates against the early release of unrepentant Genocide convicts and against genocide denial in your respective countries.”

Government and Genocide survivors have on several occasions expressed displeasure at the early release granted by the Mechanism for International Criminal Tribunals.

Recently, the court under its president, American judge Theodor Meron, set in motion a plan to release three more convicts, including the virulent ex-journalist, Hassan Ngeze, before they complete their respective sentences.

This has been widely contested by Kigali, because, like 14 other architects of the Genocide who were previously released early, none of the three has shown remorse for the crimes.

“We call, once again the countries that are yet to do so to help us in holding accountable the many Genocide fugitives who roam free on your streets and who now fuel Genocide ideology among the youth in the Rwandan community abroad,”Nduhungirehe said.

For South African High Commissioner to Rwanda, “Banyarwanda spirit has played a key role is building reconciliation and an inclusive society.”

Twala further said; “The world had looked on, some helplessly and yet for some, they had to watch as the particular agenda unfold.  We ought to know what it that we will do from here is. We should be reminded of what brought us where we are today.”

Ambassador Twala challenged his peers to unmask, arrest, imprison and if need be, extradite to Rwanda the Genocide fugitives in their respective territories.

“This is one issue that some of us should put pressure on our respective governments to do,” he added.

Executive Secretary of the National Commission for the Fight Against Genocide, Dr. Jean Damascene Bizimana called on the world to stop mixing the number of Genocide victims based on UN’s “fabricated numbers.”

He expressed his disappointment that the UN is still referring to a wrong number of the genocide victims.

“How come the UN has never bothered to come to Rwanda to establish the number of genocide victims?” He asked during the event.

The Genocide against Tutsi cost lives to more than a million tutsi. The UN just says 800,000victims.

Bizimana elaborated very much on the complicity of the United Nations Peace keepers and judge Meron continued refusal of justice to genocide survivors through an early release of Genocide planners.

Venuste Karasira, a genocide survivor at the famous ETO Kicukiro in the capital Kigali which was occupied by UN troops during the genocide, gave a moving testimony of how Tutsi were abandoned by the International community in the eyes if marauding Interahamwe.

“At Nyanza, they killed us as they wish. They killed us as if we were not human beings; we reached to the point we negotiated to be killed by bullets instead of machetes,” he told diploamats.

Karasira was cut by killers his right arm.

Rwandans continue to commemorate the genocide against Tutsi until next month – marking 100 days of commemoration.