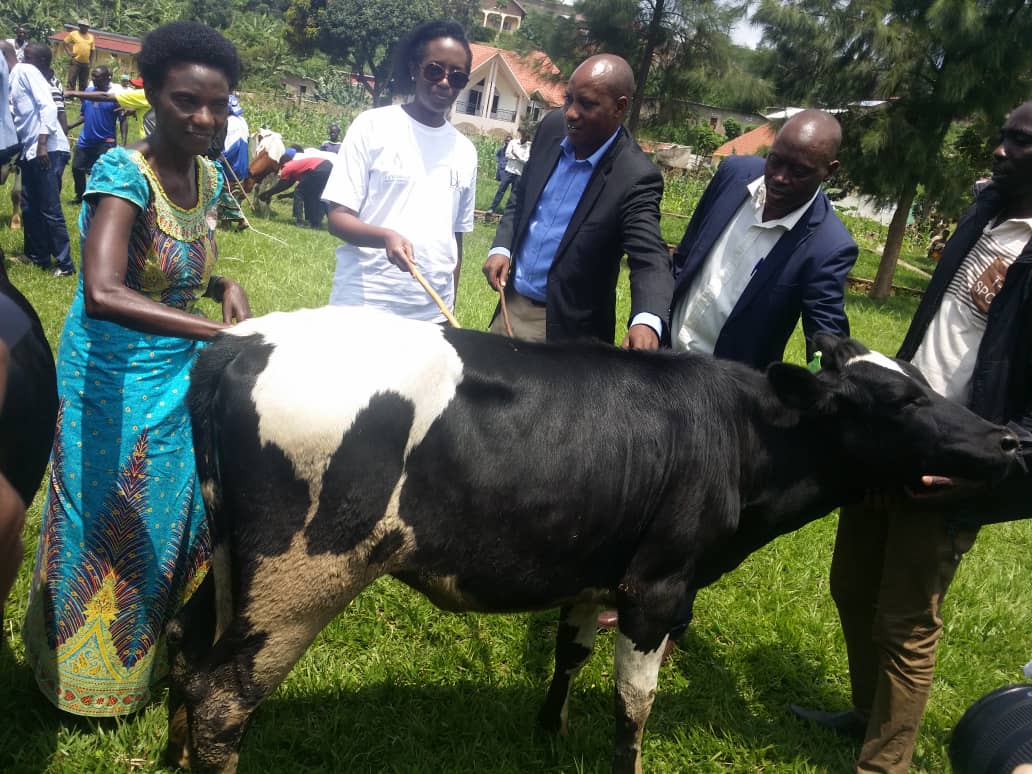 BK officials handing over the cows to a genocide survivor in Gitesi sector, Karongi district. Several cows have been killed by deadly Rift Valley Fever Outbreak in Eastern Province.

Rift Valley is an acute fever  that causes viral disease most commonly observed in domesticated animals such as Cattle, Sheep and Goats as well as other wild animals. It also causes illness in humans.

The outbreak is first detected when the animal exhibits massive breeding including onset of abortions.

The outbreak was first detected on May 18, 2018 in Ngoma, Kirehe; Rwamagana and Kayonza districts.

According to Ministry of Agriculture, atleast 99 cows have been killed by the deadly disease since then – with several others under emergency treatment.

Samples taken to different laboratories across the country proved the virus is on rampage – with 80% of positive results.

To combat further deaths among animals, the Ministry says it has dispatched veterinary doctors across the affected districts in a response to deal with the matter.

Meanwhile, the ban on cattle movement remain active until the outbreak is fully contained, the Ministry says.