New Law on Religious Institutions due Next Week 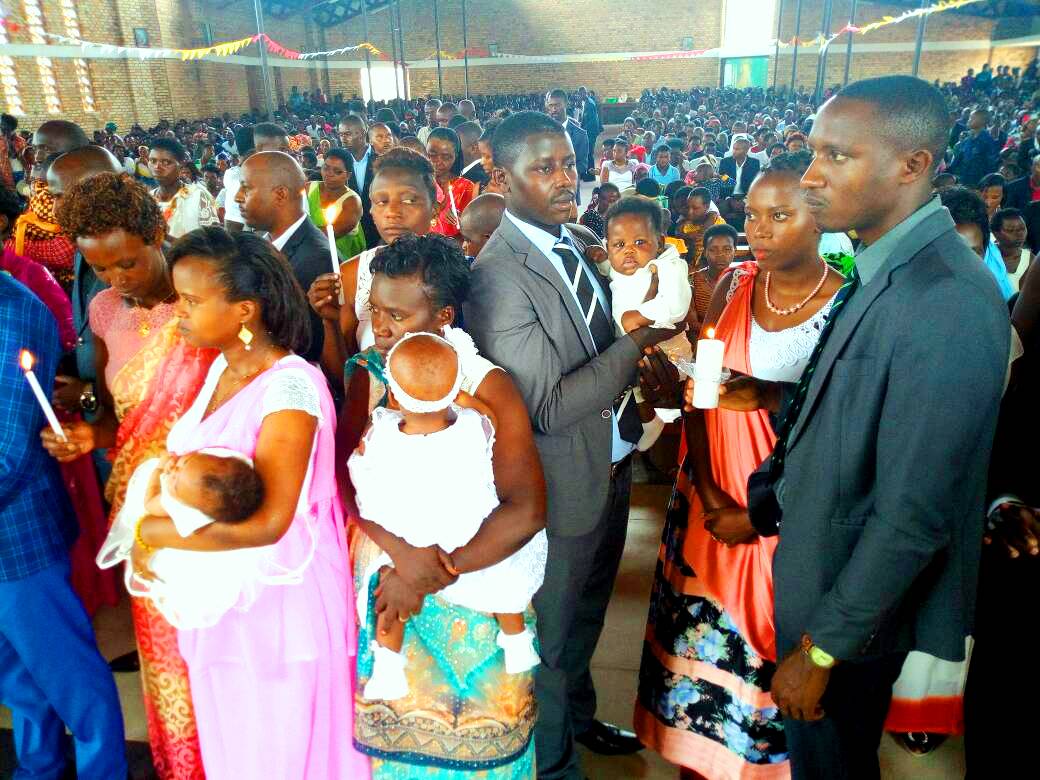 Worshipers at a recent sermon in Muhanga district, Southern Rwanda.

Probably before end of next week, people with Religion leadership calling will begin applying for authorisation under the new law, Prof. Anastase Shyaka – Chief Executive Officer of Rwanda Governance Board said on Sunday.

In February this year, a number of Churches and Mosques were closed down, following an alarming proliferation in the houses of worship – some in dilapidated and unhygienic conditions.

In other cases, some people were discovered masquerading as church leaders while harbouring different agenda.

More than 8000 churches and mosques were closed down.

“In fact, we discovered that the number of churches were bigger than the number of villages in the country,” Prof. Shyaka revealed.

Prof. Shyaka was appearing on “Inspiration on Sunday” – a Sunday morning show hosted at KT Radio – a Radio station of Kigali Today Ltd.

For instance, in the City of Kigali alone, close to 2000 prayer houses were found in operation, against 1176 villages in the capital Kigali, which on average comprises 80 to 150 households.

The villages (Imidugudu) are the country’s lowest adminsitrative units.

In some parts of the capital Kigali, over three churches were found in one village.

According to Prof. Shyaka, “The number itself is not a problem but in some buildings, three or four different denominations would hold prayer services at the same time, resulting in unbearable levels of noise and unsafe environment for occupants.”

There are 14000 villages across the country, but a standards assessment conducted, according to Prof. Shyaka, discovered there were over 15000 prayer houses.

Despite the buildings and other worship spaces deemed inappropriate or hazardous were closed, Rwanda Governance Board(RGB) says the affected religious organisations remain active with their right to religion guaranteed.

For instance, RGB says, of the 3,300 prayer houses belonging to the Association of Pentecostal Churches of Rwanda (ADPR) across the country,1,381 were discovered to be below standards and closed down.

Six weeks later, 300 (25% of them) reopened after meeting the required standards.

Of the Churches closed, 12% in Kigali have reopened after meeting required standards, 14 in the Northern Province and 20% in the West, Prof. Shyaka said.

On July 3, 2018, the Minister in the Office of the President, Judith Uwizeye, presented a draft bill to parliament which establishes new standards for faith-based organisations to be registered and allowed to operate in the country.

The draft law determines the organisation and functioning of every faith-based organisation in order to operate in the country.

Prof. Anastase Shyaka said MPs are working on the draft bill with concern.

“The draft bill will be passed by Parliament either next week or so, given the pace at which they are working on it,” Prof. Shyaka said.

The draft law determines the organisation and functioning of faith based groups.

On some occassions, Prof. Shyaka told KT Radio, that there were some Churches that promoted divisionism while others were established for business purposes.

Some criticised that government had targeted some Churches.

But Prof. Shyaka reminded that there was no intention to target any religious denomination.

“All prayer houses including Catholic, Adventists, Muslims and born again Churches had issues. They were all assessed and those found not meeting standards were closed down,” he said.

If passed by Parliament, the new law will introduce requirements for faith-based organisations to operate after obtaining a legal personality, meet minimum required qualification for lead preachers of their sermons, and conduct their sermons or activities in facilities that meet determined standards.

The bill provides ample time for those who wish to become church leaders to undergo religious studies.

But Eric Tamba – an evangelist who also appeared on the show, alerted government of another challenge ahead; counterfeit of academic documents.

“What government is doing is in line with raising standards of religious leaders and their followers. We don’t deserve to be cheap. But my worry which i think government should be ready for is some church leaders who will start presenting fake papers,” said Tamba.

The right to religion is granted under article 37 of the Rwandan constitution of 2003 amended in 2015.

In 1962, Rwanda had less than ten recognised religious denominations.