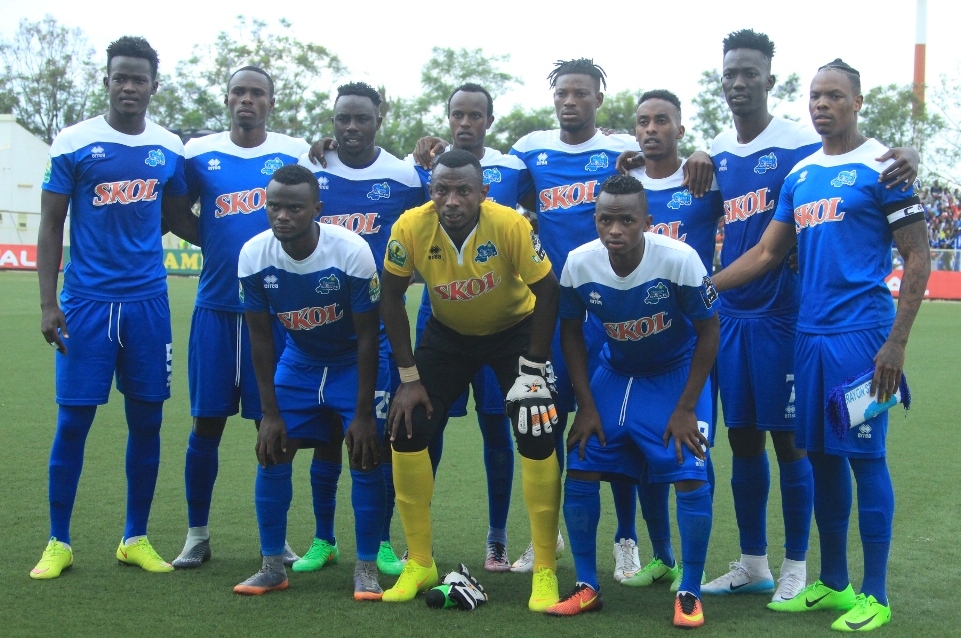 Rayon Sports has bowed out of the CAF Confederations Cup after losing 5-1 in the return leg of the quarter final round to Enyimba FC in Aba – Nigeria.

Rwandan side Rayon Sport’s dream run in the 2018 CAF Confederations Cup was brought to a climax by Nigerian side Enyimba FC, who claimed a 5-1 win at the Enyimba International Stadium in Aba, Nigeria on Sunday afternoon.

The result in the second leg of the teams’ quarterfinal tie saw the Blues bow out of the competition while Enyimba FC advanced 5-1 on aggregate and set up a clash between the aggregate winner Raja Casablanca and CARA Brazzaville in the final four next month.

Enyimba Fc dominated the game and thanks to their opponent’s poor defending, Enyimba went in front after 12 minutes, when Stanley Dimgba collected a loose ball on the edge of the box, drove into the goal area before he planted an unstoppable shot beyond the goalkeeper.

However, Rayon Sport drew level in the 25th minute through striker Caleb Bimenyimana, who profited from poor defending by Enyimba.

Defender Ikouwem Utin restored the lead of the home team four minutes later when he exploited a mistake by the opposing defence and his shot was helped home by a deflection.

Striker Sunday Adetunji made the game safe for Enyimba with a third goal in the 48th minute when he fired home from inside the box off a great assist by Dimgba.

On the hour Joseph Osadiaye made it 4-1 when his free kick from the edge of the box took a deflection to beat the goalkeeper.

Despite efforts from Rayon Sport’s coach Ricardo do Calmo to bring in Christ Mbondi for Bimenyimana and Eric Irambona for Djabel Manishimwe, the Blues could not find the net or stop the clinical Enyimba side who were playing behind the home.

Their exit from this year’s edition of CAF Competitions mean that Rayon Sports will have to vie for a place in the 2019/2020 edition if they manage to win the 2018/19 Azam Rwanda Premier League or the Peace Cup competition respectively.

APR Fc and Mukura VS will represent Rwanda at next year’s CAF Champions League and Confederations Cup which are slated to start in December this year.