When mass killings erupted during the 1994 Genocide against Tutsi – the victims could never dream there was a section of people who had  big hearts and respect for humanity.

But a few existed. While killings of innocent Tutsi were on rampage across the country, these people (or the rescuers) endured unimaginable danger to rescue and hide those who were being targeted.

The awardees are persons who displayed outstanding acts of courage and humanity by protecting or rescuing thousands of Rwandans during the 1994 Genocide against the Tutsi, as well as promoting unity and reconciliation among Rwandans in its aftermath. 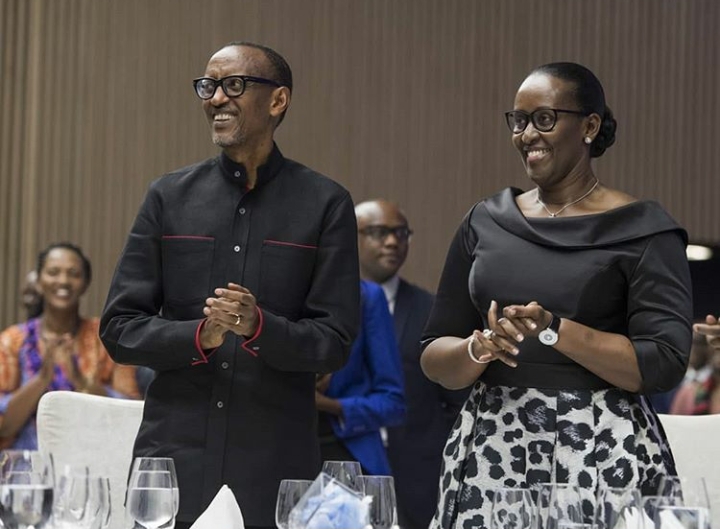 For President Paul Kagame, the awardees “demonstrated what it means to value the life of others. They put their life on the line to rescue fellow human beings,” President Kagame said in tribute to “Abarinzi b’Igihango”.

During the 1994 Genocide against Tutsi, Monseigneur Célestin Hakizimana saved 2000 Tutsi. Using his money, food and drinks, he paid militia and requested them not to kill his people. In previous comments, he described RPF rebels as “envoyés de Dieu” (God’s messengers).

The awardees were honoured at the 11th Unity Club Annual Forum Dinner.

The Awarding Ceremony followed the Forum’s gathering that had started earlier in morning where discussions focused on values and taboos, family as a foundation of sustainable unity, and the transmission of the Rwandan spirit to young generations.

The ceremony is attended by Unity Club members (current and former members of cabinet and their spouses), government officials, representatives of Civil Society and Youth Organizations, representatives of the Pan-African Parliament, as well as past “Abarinzi b’Igihango” awardees.

Deliverig a key note address during the ceremony, President Kagame said that those awarded demonstrate true values of humanity and carry the real Rwandan identity.

According to President Kagame, Rwandans are not empty drums that makes a lot of noise but is empty on the inside.

“Our dignity is filled with value and dignity,” Kagame told those attending the dinner at Radisson Blu and Convention Centre.
Kagame said that while the Genocide cost the lives of the victims, no one gained from it.

“Did anyone gain from the Genocide? What problem were they trying to solve? It is the equivalent of burning your own house down with you in it,” he said reflecting to those who planned and executed the Genocide that claimed over 1 million lives.

The President said that it is high time Rwandans efficiently utilised potentials given to them by God.

“God gave us the tools to fulfill our potential long ago. True faith is recognizing that it is up to you to use them. It is not about asking God for what he has already given you.”

According to Kagame, everyone is born but no body has the ability to choose who they are born as.

“But it is up to us to define our values, to treat each other as equals and to use our individual strengths to work together for our mutual benefit,” Kagame emphasised.

He challenged Rwandans to support “Ndi Umunyarwanda” – a national program to promote unity and reconcilliation among Rwandans.