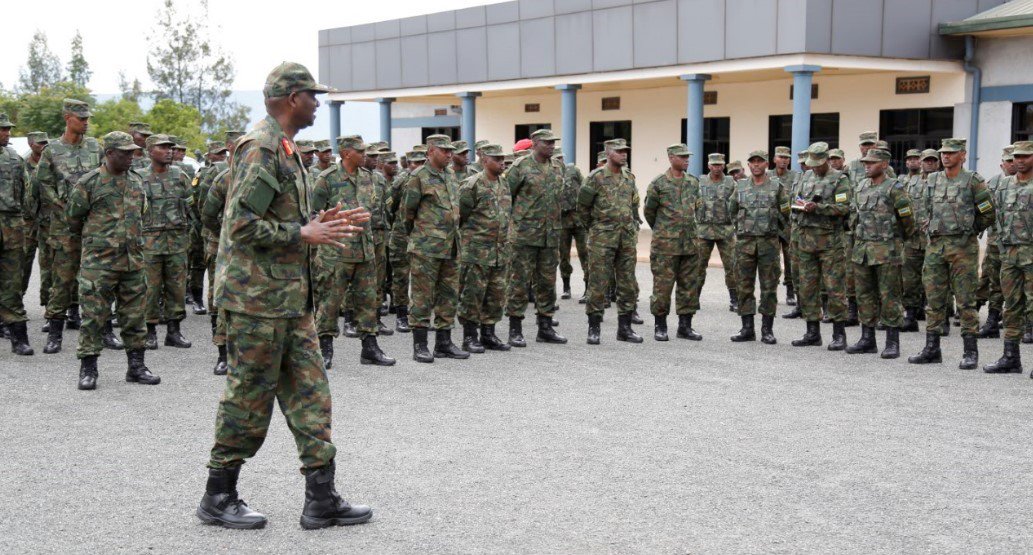 The contingent ready for the EAC military training

Rwanda Defence Force (RDF) announced on Tuesday that 150 of its officers and others from Rwanda National Police and civilians will tomorrow, October 31, depart for Tanzania to participate in the East African Community military exercise.

South Sudan – the youngest member of the regional block is not included in the exercise.

The exercise which runs from 03 to 17 November 2018 in Tanga, Tanzania, is part of the block’s joint efforts in maintaining peace operations, dealing with terrorism and disaster management, among others.

“The objective of the exercise is to engage the EAC Partner States’ armed forces and other stakeholders in the planning and conduct of an integrated peace support operation, disaster management, counter-terrorism and counter-piracy in order to improve capabilities in jointly combating complex security challenges,” a statement from Rwanda Defence Force says.

“The exercise is also expected to improve readiness, interoperability and strengthen cooperation between the EAC Partner States armed forces and key stakeholders among other objectives,” adds the statement.

Briefing the forces before they head to Tanzania, Army Chief of Staff, Lt. Gen. Jacques Musemakweli told the contingent: “You have to uphold high level of discipline as is the RDF culture. You should be professional and innovative in all the duties you will be exercising.”