Members of the Diplomatic Corps in Rwanda and Ministry of Foreign Affairs and Cooperation joined Kamonyi District residents for the monthly community work, ‘umuganda’ on Saturday. 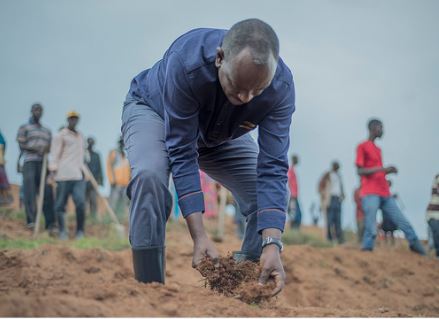 They planted more than 4000 agro forestry trees on ten hectares in Gacurabwenge Sector to contribute to country’s resolve to reforest 43,000 hectares of land this season.

“We have come here to join hands with you in protecting the environment, particularly protecting these terraces and this marshland from being destroyed by erosion,” George Nkosinati Twala, South Africa Ambassador to Rwanda and Dean of diplomatic corps in Rwanda said during a gathering after the community work.

In Gicumbi District, Kageyo Sector, staff from Ministry of Youth joined residents at Gihembe for planting trees and after Umuganda, Miniyouth and partners have launched the “Youth in Holidays Program” aiming at mobilizing children and youth to “stay free from all sorts of risk behaviors, equipping them with cultural values and playing their role in solving different problems in their communities.”

Meanwhile, Members of Parliament have also joined residents in all corners of the country to plant trees. 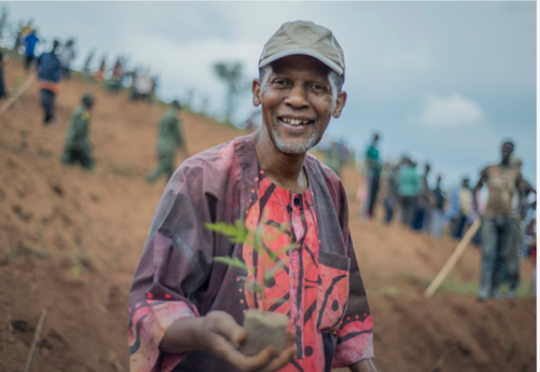 Senate President Bernard Makuza, joined Nyaruguru District residents in Kivu, Mata and Kibeho sectors to clear the roads that were affected by landslides this rainy season.

On this day which coincides with the World’s celebration of the 70th anniversary of declaration of human rights, Makuza requested them to never accept to buy their rights.

“A Rwandan should not buy what he/she has right to, you should desist that,” Makuza told them cautioning them against corruption.
The Senate President also reminded Nyaruguru District residents of the harsh history the country went through and urged them to protect unity. 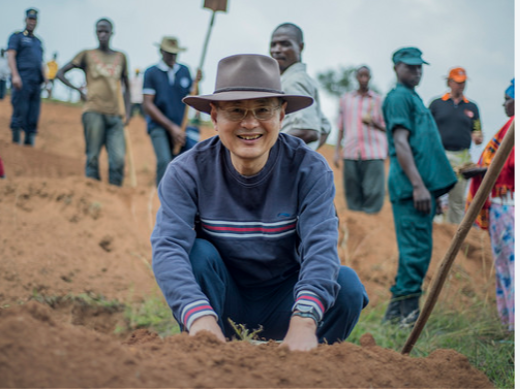 In Nyagatare District, Eastern Province, the Directorate of Immigration and Emigration joined residents of Rwempasha Sector to plant trees on 4.5 hectares at Kizinga Hill which hosts the One Stop Border Post which will facilitate the movement of people between Uganda and Rwanda.

“We know that you are a community of farmers, but please keep your livestock away from these trees until they are mature,” Francois Regis Gatarayiha, Director General of Rwanda Directorate of Immigration and Emigration pleaded them.

“Let us give them time to grow so that we protect this area from desert and unveil the beauty of this landscape.”

For Rusizi district, the November 2018 community work took place at Mount Cyangugu where residents were mainly working on the beautification of the town preparing the ground for gardens alongside new tarmac roads.
Members of Students, Genocide Survivors’ association (AERG) were at Twumba Sector in Karongi District to build houses for the needy genocide survivors. 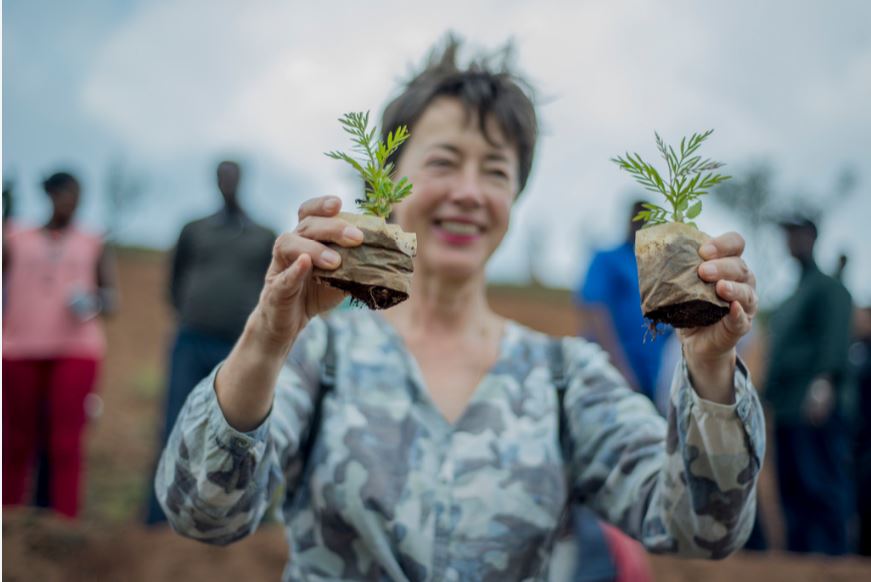 All photos and more here  by Plaisir Muzogeye