The Ministry of Education has released results of National Exams for the A level – general education and Technical Education Vocational Training (TVET) – 2018.

Soumayya Bint Outhman, a girl student who emerged among the top five in Science Combination told KT Press that readings extensively and sleeping a few hours to dedicate enough time to class works was the way to go.

“Since I had prepared quite enough, the word ‘panic’ did not have room in my heart during the examination,” she said.

Soumayya has already been awarded a scholarship to study at the Massachusetts Institute of Technology(MIT) where she wants to study Applied Mathematics and Computer Sciences.

Here are the best students by combination. 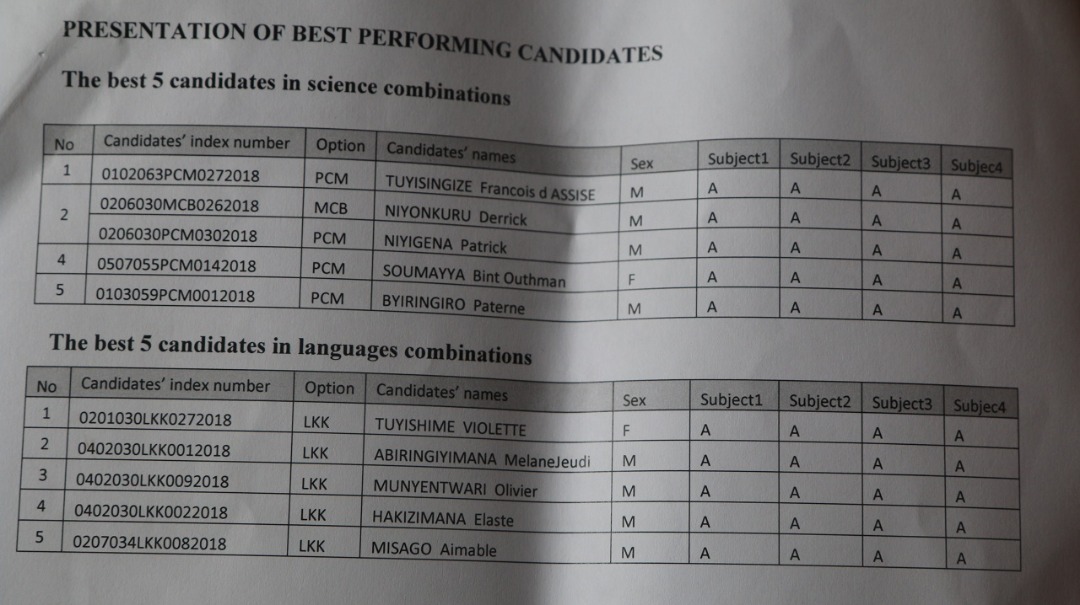 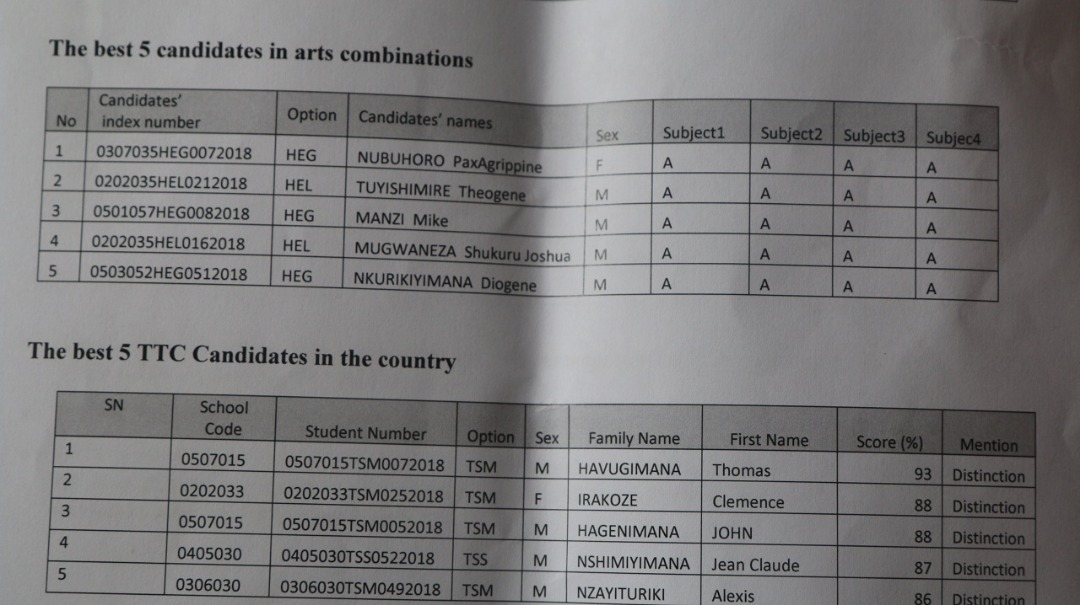