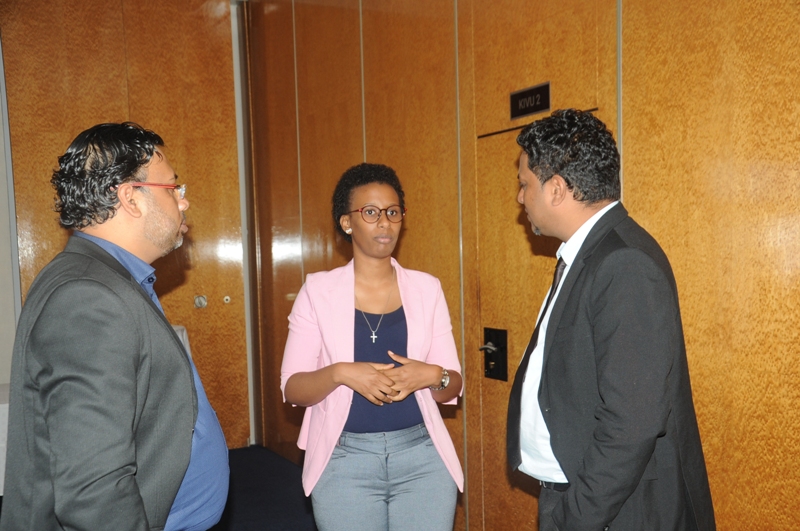 A Mauritius cyber security company has launched operations in Rwanda with intent to help cut down on cyber security threats across Insurance Companies and Financial Institutions.

The tech company – Secure Services Mauritius will initially invest  $500,000 (about Rwf450million) – following its entry into the Rwandan market in September last year.

“This is just an initial investment which will increase. Since we don’t deal in cyber security infrastructure we will be focusing more on human capital and skills development and the Rwanda office will be vital for this focus and our investment in the continent,” said Abadally Munglah.

Established in 2004, Secure Services (Mauritius) Ltd provides information technology services to businesses not only in Mauritius but also in the Indian Ocean region.

The company specialises in designing, implementing and managing entire IT infrastructure based on information and communications technology (ICT) in a 360° method.

Its Kigali office becomes the second center of operations for Secure Services (Mauritius) in Africa which has businesses partnerships in global cyber security software and application providers like Citrix and ForcePoint.

Recently, Mauritian investors expressed interest in investing in Rwanda, with the latest one being in venture capital between Swan Group and Rwanda’s Bank of Kigali (BK).

Both countries have heavily invested in improving financial and ICT services.

However, entry of Secure Services (Mauritius) Rwanda comes at a time when Rwandan companies, central and commercial banks and insurance companies face a high risk of cyber security threats.

For instance, Inyange industries – a local company which produce and exports milk and beverages products gets at least an average 50 cyber threats per day, meaning that in a year the company receives over 540,000 threats.

Globally one trillion cyber-attacks in seven years have been arrested with the help of software and alert systems installed in one’s business operation, from using email, removalbe drives and data storage.

However, it is estimated that $100 trillion will be spent on preventing this in 10 years, according to Shane Pringle, the ForcePoint Sales Engineer Sub-Saharan Africa.

Some of the local companies in Rwanda say that the attacks are commonly done on their infrastructure and though the in-built set up alerts them about the threat – with a gap in managing daily data flow.

“We are quick to see the threats but we need the services on managing data in our offices, and the coming of this service is an added advantage to our work,” said Nancy Ineza, the IT manager for Prime insurance Rwanda.