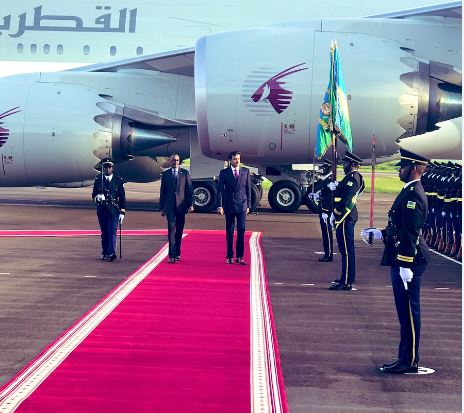 President Paul Kagame has welcomed His Highness Sheikh Tamim Bin Hamad Al Thani, the Emir of Qatar, who is on a three day State Visit to Rwanda.

The Emir of Qatar touched down at Kigali International Airport this evening.

After arrival at Kigali, the Emir of Qatar was received by President Kafgame for Tête-à-Tête before witnessing the signing of 4 agreements in sectors of culture, sports, tourism and business events and aviation travel and logistics. 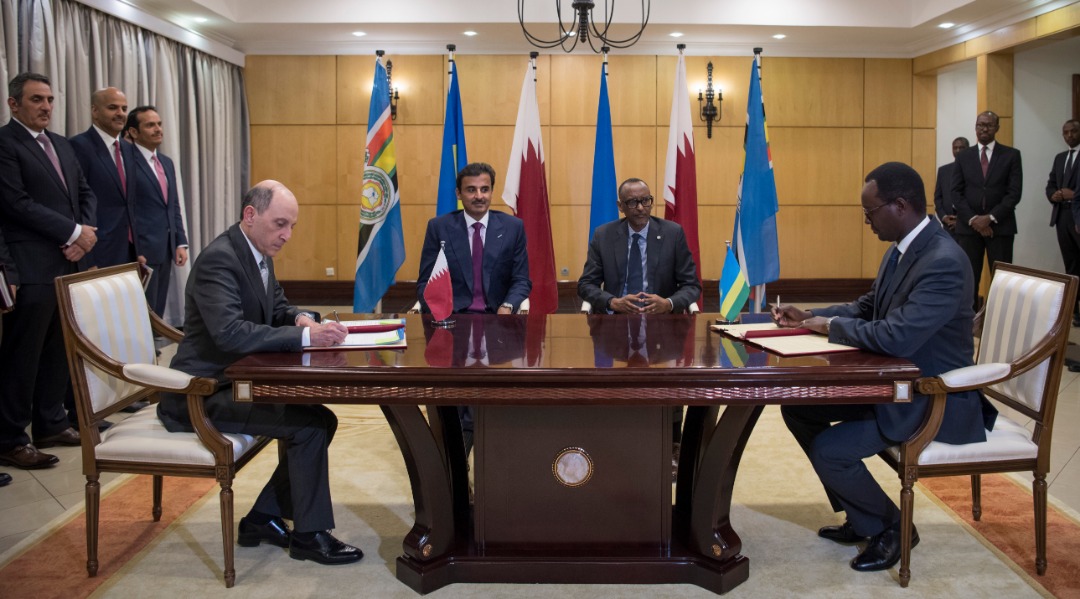 The day was wrapped up with a State Dinner.

Bilateral relationship between Rwanda and Qatar is one of the best.

In November 2018, President Kagame carried a-two day state visit to Qatar where he was welcomed by the Emir of Qatar.

High level officials from both countries witnessed signing of agreements on Air Services, Reciprocal Promotion and Protection of Investments and a Memorandum of Understanding on Economic, Commercial, and Technical Cooperation. 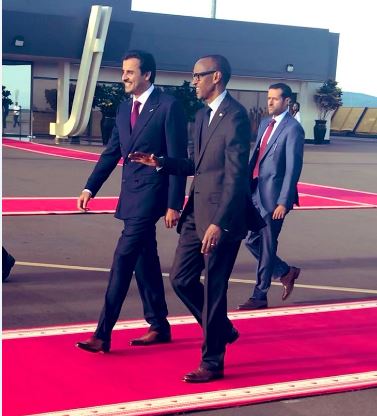 The two leaders, according to a statement from the Office of the President, held bilateral talks on furthering areas of economic cooperation between the two nations, before witnessig the signing of agreements.

He led a delegation of Qatari business community who were exploring business opportunities in Rwanda.

Kwibuka25: When Lucifer Met All Devils for “Work’ in Murambi