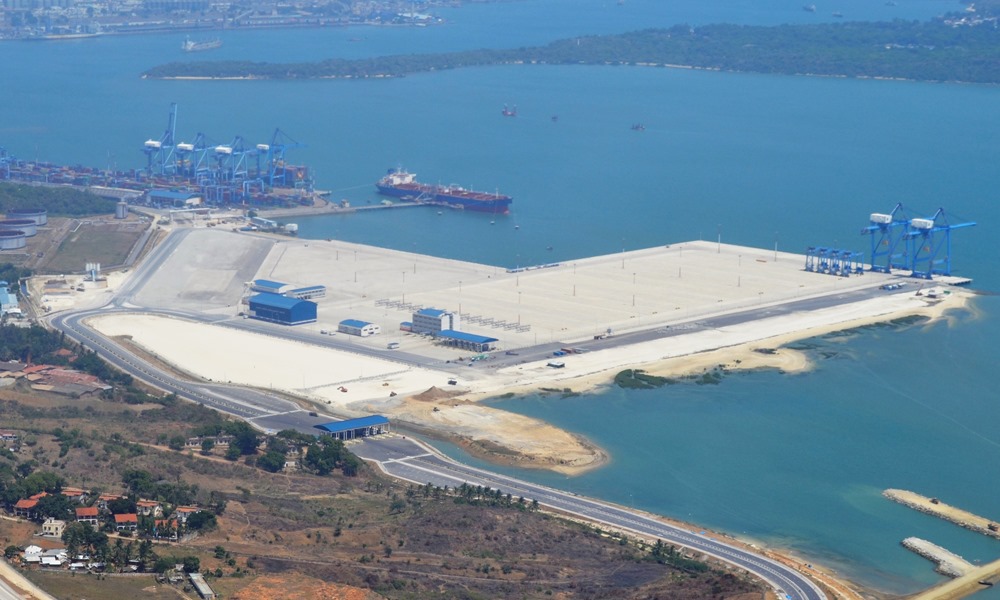 Mombasa port. Rwanda has land here but it was disputed and Senate fears that if the country relaxes, new disputes risk to rise

Rwanda Senate has asked the government not to hesitate putting into good use the land several countries have given to the country instead of risking land grabbing scandals and subsequent court battles.

On the level of diplomatic bilateral exchange deals, Rwanda has in the last ten years been given free major land gifts located in Mombasa, Kenya, Djibouti, and in Isaka, Tanzania.

However some of the piece of land stayed idle for years and underdeveloped resulting to cases of land grabbing.

For example, the 32-acres of prime land in Mombasa port was in 1986 given to the government of Rwanda by then Kenyan President Daniel Arap Moi but it was left undeveloped till to date.

As a landlocked country, Rwanda was given this land for construction of warehouses to ease cargo handling for its traders using the Mombasa port.

In this lapse of land idleness, Kenyan businessman, Salad Awale took the land and also filed a suit claiming ownership of it.

Rwanda has since 2016 been in a disputed court battle with Awale, with the former winning the cases at every level until Rwanda appealed to Kenyan Supreme Court.

Rwanda’s Ministry of Foreign Affairs and International Cooperation on Monday was called by Senate Commission for Foreign Affairs, Cooperation and Security to brief them on how far the country has gone in putting into good use foreign land given to Rwanda.

The land includes the disputed land on Mombasa, 20 ha on the Djibouti ocean line and a major land located on the proposed Isaka-Kigali railway route.

Dr. Richard Sezibera said that Kenya has since May 22nd 2019, confirmed a final ruling in favor of Rwanda as the owner of the disputed Mombasa land.

“The Kenyan Land’s cabinet secretary and Attorney General confirmed our land title in Mombasa. We are only left with fencing off this land,” Sezibera said.

“This land (Mombasa) is in a very sought after zone in that we don’t need to only fence it but if possible work with private sector to set up cargo handling go-downs for major importing state enterprises like Rwanda Energy Group and anyone who can use that land now,” Senator Michel Rugema, the commission chairman said.

Rugema said that laxity to develop the Mombasa land gave lee way for the Kenyan claimant to solicit favours in some Kenyan government officials who were close relatives to grab the land.

“We know this. But as long as wind is blowing in our favor, lets seize this opportunity. If needed be, we can build the go-downs on the peripheries so as not to leave loopholes of land grabbing,” Rugema advised.

The land on Djibouti port

Based in the growing relationship between Rwanda and Djibouti, both nations exchanged prime economic land in Kigali economic zone and on the Djibouti port respectively.

Djibouti gave Rwanda 60 hectares of land at the Djibouti Port, a strategic area that will link Rwanda to the Arab world using submarine technology and handling direct export and import goods.

According to previous reports, after failing to deal with a Chinese company Touch Road Group on developing the first 20 ha of this land in 2017, Rwanda decided to own shares with the state of Djibouti and other partners, who are yet to decide on how to develop the land, according to Sezibera.

“The project had failed but Djibouti government revived it and the land is yet to be developed by all the partners of which we are shareholders,” Sezibera said.

Meanwhile, the remaining 40 hectares had been requested by Rwandans and reviewed by the Rwanda Development Board (RDB) to evaluate their business plans and permits.

However, Minister Sezibera said that Djibouti changed the area masterplan and designated it as a high value commercial area, giving Rwanda two options: to develop it according to the new plan, or go by shareholding.

“We choose to revise the development plan. Ministry of finance and interested investors are devising a new project because what we had planned no longer fits in the area,” Sezibera said.

Meanwhile, Isaka-Kigali Standard Gauge Railway – SGR (532 Km), a joint project between Rwanda and Tanzania has not made that much progress. The project is estimated to $3.6 billion, of which $2.3 billion for Tanzania and $1.3 billion for Rwandan section.

Minister Sezibera said that the Ministers of Infrastructure and finance from both countries will hold a joint meeting this month to discuss and finalize the financing plan.

According to Minister Sezibera all technical studies have been agreed upon by both sides, except the mode of financing.

“There is no other way to do this but through Private Public Partnership (PPP) but our colleagues in Tanzania think it can be done through government financing,” Sezibera said.

It’s expected that the minister in their fifth planning meeting will also decide on when to lay a foundation stone for the kickoff of the SGR construction project on the Rwanda side, which was planned this year.

Kagame in Nigeria to Share Rwanda’s Stance on Corruption