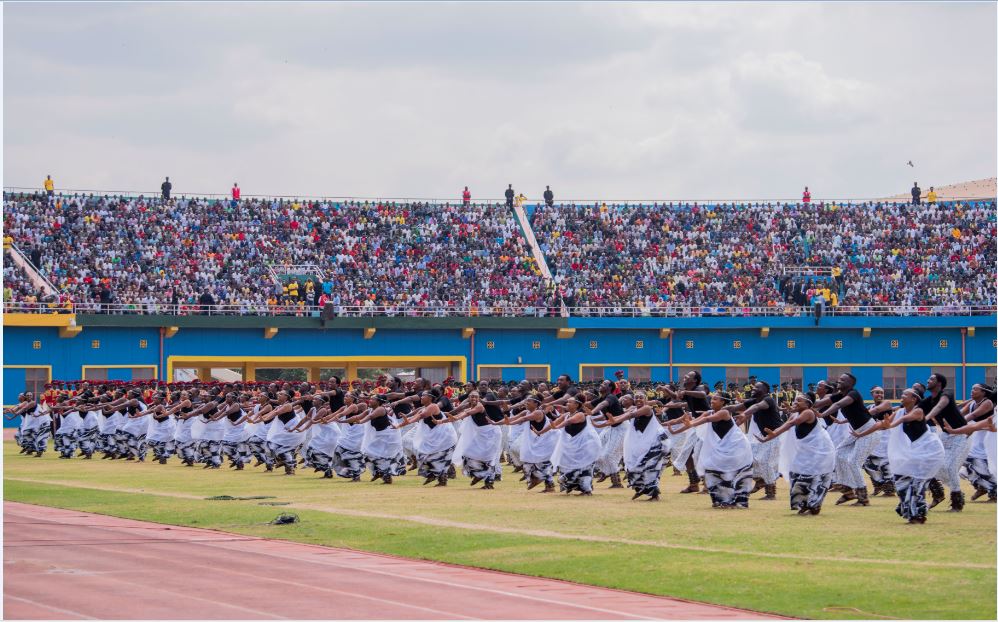 A deafening screech from the thousands of mainly young people waving flags fills up the air. You look up, and the eyes follow the brass marching music to the main entrance of Amahoro National Stadium.

The military band, resplendent in red and green tunics, their instruments glinting as they catch the glare of the morning sun, keeps the crowd hooked.

As they reach the centre square of the Amahoro stadium, the cheers seem to have reached a crescendo, only to rise several octaves, it’s the Rwanda Defence Force (RDF) guard of honour, following the marching band, national flags aloft, closely followed by the Rwanda National Police (RNP), in their dark blue uniforms.

The cheers get louder and louder, as the troops find their place, and there, root themselves. A drum roll from the colourful marching band with the arrival of every dignitary, but, otherwise, the troops are breathing statues, awaiting the guest of honour, to once again come alive. 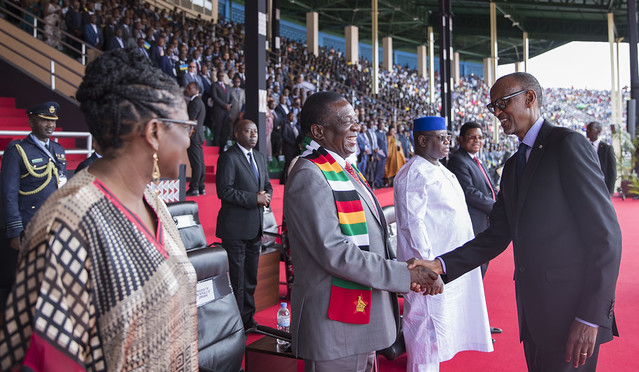 Others included President Dr. Mokgweetsi Eric Masisi of Botswana and Prof. Yemi Osinbajo, the Vice President of Nigeria. Each one of them elicited intense clapping and ululations from the crowd.

The noise rises again, first low, then at the top of their voices. It’s only a single car carrying what are obviously security personnel. Perhaps the crowd is bored and is entertaining itself.

But, they know. President Kagame’s car follows, he steps out, and the entire stadium, full to capacity, is drowned in noise, cheering. Chants of “Ni wowe, ni wowe”, It’s only you, it’s only you, a chant last heard at campaign rallies.

The President, the Commander-in-Chief of the nation’s armed forces, inspects the guard of honour. When that is completed, handshakes with dignitaries follow, and a brief chat with each of the heads of state and other guests. 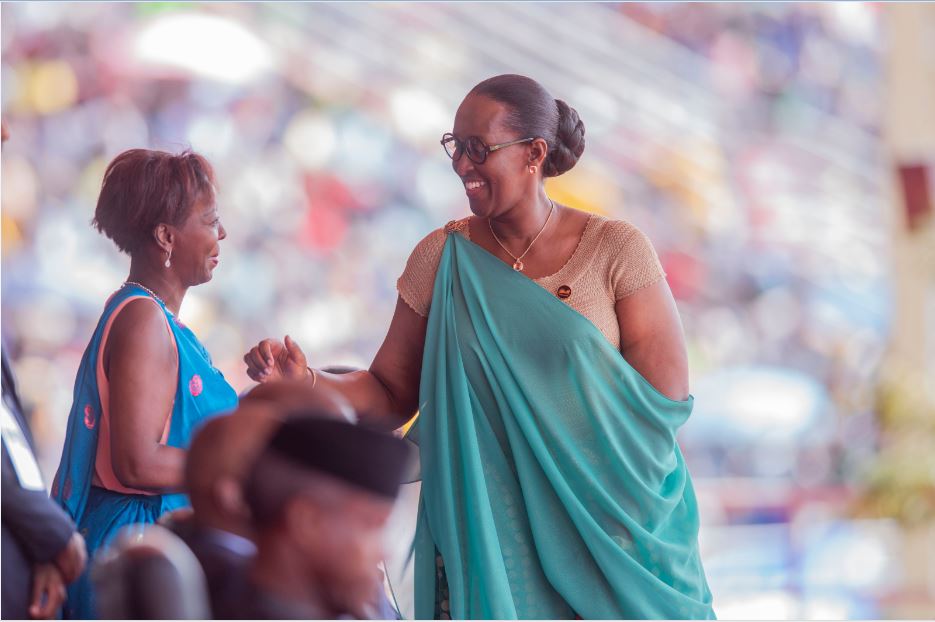 There was a handshake too for the First Lady Jeannette Kagame, who had arrived earlier and taken her place. This was followed by wolf whistles and ululations that have now become customary, whenever the President acknowledges the First Lady.

The President then took his seat before the stadium is treated to a march past, with the band playing the Swahili song “Sisi Wenyewe”, which loosely translates to “it’s we ourselves who will build the nation”. The crowd sings along. 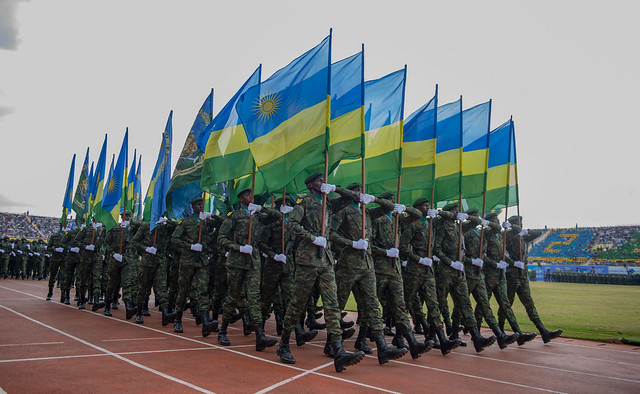 Then the band switched to the popular “Nta ntambara ya ntera ubwoba” which means “no battle frightens me”. As expected, the entire stadium sings along.

The troops have inevitably been practicing all hours God gifted them, and if it’s any comfort to their sore feet, it shows. The days and hours of drills were worth it. They are a magnificent body of men and women. 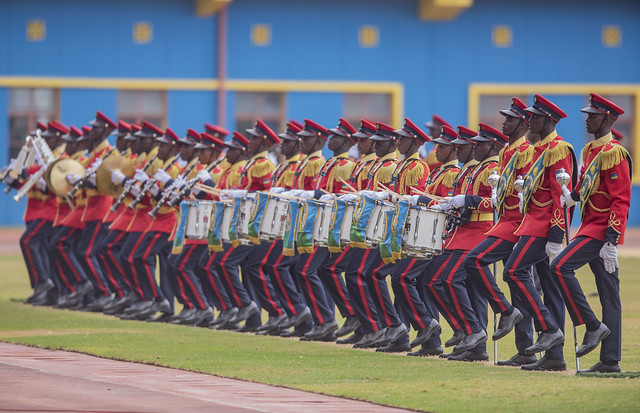 President Kagame and his guests looked on, seemingly contented by the level of professionalism the armed forces are exhibiting. As he would mention later in his speech, the head of state recognised the professional conduct of the forces as an example of Rwanda’s resilience and determination.

It is a special occasion. Indeed #Kwibohora25 is trending on all social media platforms. 25 years on, the air is filled with hope. Young people enthusiastically cheer their nation’s army and applaud every move.

Twenty Five years ago, what stood for the national army then, joined hands with the Interahamwe militias to rain grenades on terrified men, women and children, as United Nations troops stood and watched. 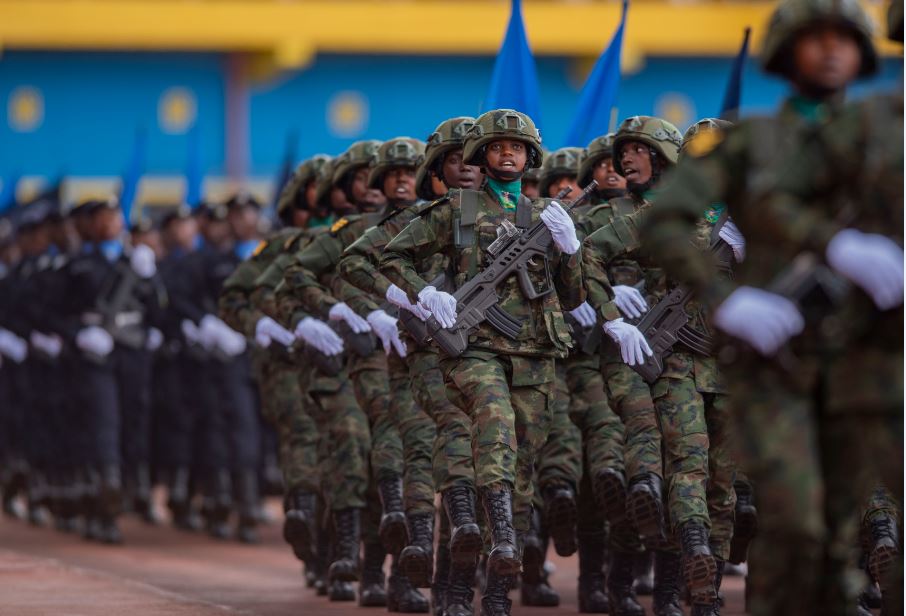 In the very stadium, thousands of Tutsis who had sought refuge in the facility hoping to be protected by the UN peacekeepers, only to be left to the killers, until RPF fighters who were part of the 600 arrived to rescue them.

Twenty-five years on, it is now a place of unbridled joy, the horrors it saw as unimaginable to today’s revellers.

It is of course the 25th year of remembering this day, so it’s nothing new. And yet, there is something different about Kwibohora25. There is a deepening confidence and self-assurance.

There is a maturing of a nation which twenty-five years ago had stopped to exist, and had its renaissance after the RPF forces defeated the genocidal establishment.

“And where did the humanity, the heroism, come from?” said President Kagame, in his address to today’s events, “the answer is simple. We believed in our right to dignity, as Rwandans.

This conviction was the starting point of the Liberation struggle. The aim was to build a Rwanda with equal rights for all. In other words, a Republic, in a real sense”

In his own speech of welcome, the Foreign Minister Dr Richard Sezibera talked of a nation that is “more educated, healthier and wealthier”.

As the official flags departed from the stadium, aboard well-guarded military pickups, there was a feeling of contentment in the air that Rwanda has earned the “Republic” title in its real sense. 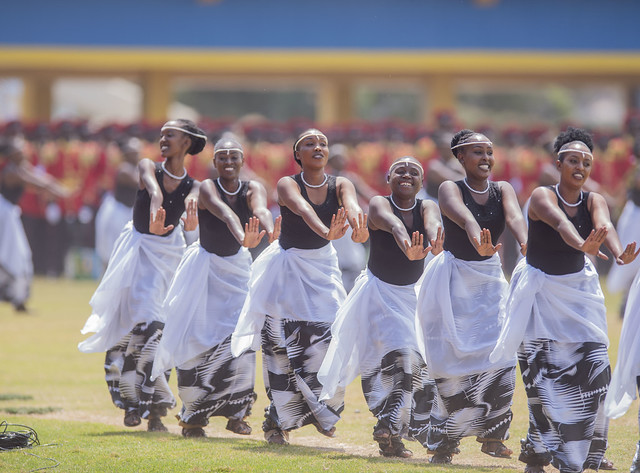