Rwanda Introduces New Provision On Community Service as a Sentence 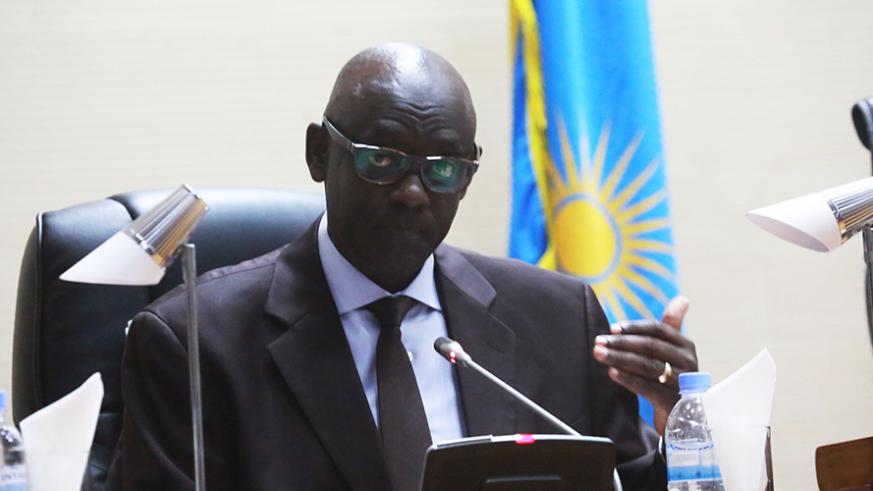 Rwanda is set to revise its national security policy, with possibilities that citizens committing crimes will serve time in community service as a sentence.

Normally it takes five years to have the national policy reviewed but thet 2008 national security policy has been around for over 10 years.

The Minister of Justice and Attorney General Johnston Busingye on Friday had time to explain new trends in this area while appearing before the parliamentary Committee on Foreign affairs, cooperation and security for consultations on national security policy.

He said the policy revision will be completed this year and it will come with some changes in areas of dealing with convicts.

“Community service has only been restricted to genocide convicts but now it will be done as a formal sentence or as a part of the sentence. We already have submitted proposal to cabinet which will elaborate how the community service will be conducted,” said Busingye.

Busingye explained that the general intension of community service is to have convicts use this as a behavior change opportunity to learn from their mistakes.

“For example if the minister of justice committed a crime, he could be sentenced to a community service of sweeping the ministerial compound for a certain period of time,” Busingye explained.

In other areas, the committee asked Busingye to elaborate on 13 concerns which include status of inmates’ correction, illegal arms, state of crimes and policing, addressing impunity, capacity building and building professionalism and collaboration of security organs, among others.

In light of improving inmates’ education, Busingye said that a new curriculum for prisons and training inmates will soon be developed.

Ahead of this curriculum, the Rwanda Correctional Services (RCS) said that it has secured a €4 million donation from Dutch government that will be used to build five technical training centers in prisons.

“The centers will be built starting this month and the project funding has a three years implementation timeline. This will increase skills of 2400 inmates especially youth as part of inmates’ reintegration,” said Jeanne Chantal Ujeneza, the RCS Deputy Commissioner General.