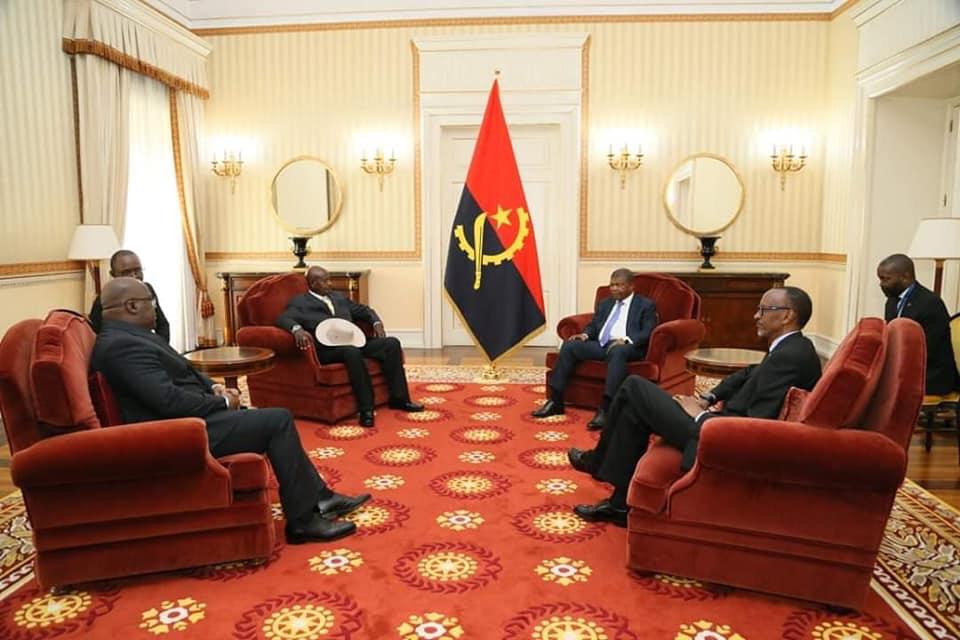 The republic of Angola and Democratic Republic of Congo (DRC) will work together to facilitate a dialogue between Rwanda and Uganda after bilateral relations between the two neighbouring countries went sour, KT Press has reliably learnt.

“As far as the bilateral relations between the republic of Rwanda and the republic of Uganda are concerned, the summit welcomed the willingness of the two parties to continue a dialogue with a view to finding a solution to the existing problem,” a communiqué released after a quadripartite summit between Presidents Paul Kagame of Rwanda, Yoweri Museveni of Uganda, Félix Tshisekedi of DR Congo and their host President João Lourenço, reads in part.

“In this regard, the summit also welcomed the readiness of the republic of Angola with the support of the Democratic Republic of Congo to facilitate this process,” the communiqué adds.

According to the communiqué, the meeting in Luanda between four Heads of State took place in a “climate of fraternity and perfect understanding.”

This is the first meeting between President Paul Kagame and his Ugandan counterpart President Yoweri Museveni that involved other Heads of State to discuss bilateral relations between Rwanda and Uganda. 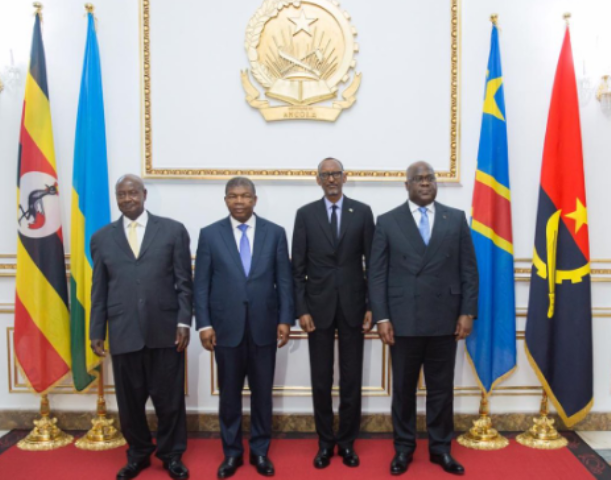 President Kagame visited Uganda in March last year, where, together with his host, President Yoweri Museveni, briefed the media on matters concerning the two countries’ relations.

President Museveni last visited Rwanda in August 2017, during inauguration of President Kagame. In March this year, President Kagame revealed during a leaders’ retreat in Gabiro, Eastern Rwanda, details of sour relations that had been going on for years, despite Rwanda’s demand for Uganda to do its part and end the vice.

During the retreat, President Kagame spent time talking about relations between the two countries, and ended with an offer to Uganda and others willing to work with Rwanda.

“There are three types of relationships between countries including; choosing to be friends, allies and that is what we want. If the other side has it, they will not find us wanting,” Kagame said.

“The second type of relationship is: why don’t you ignore me, I ignore you? If that is your choice for you, then it is fair though for me, it’s not my choice.”

The third category, Kagame said, is: “you know, I don’t like you and I will always cause you problems, and we shall always have issues. “Much as it is not coming from me, It’s also okay for me. But, you have to make sure you have capacity to sustain it. On our side, we should build capacity to absorb that.”

At the retreat, Kagame detailed several attempts he personally made to request his counterpart Yoweri Museveni to solve issues his country is causing to Rwanda with no results.

Rwanda accuses Uganda of arresting and detaining incommunicado its citizens in Ugandan military prisons, while dumping others at the borders.

Road to the dialogue

The will by two Heads of State to facilitate the dialogue between Rwanda and DRC has not come as a surprise. Both Presidents Tshisekedi and João Lourenço have been engaging both parties in several meetings before.

For instance, after assuming office as the President of DR Congo, Tshisekedi traveled to Uganda in March this year where he met and held talks with President Yoweri Museveni at State House Entebbe. 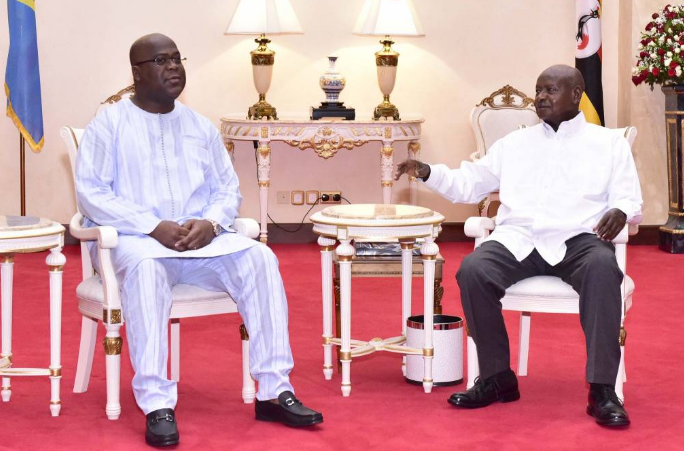 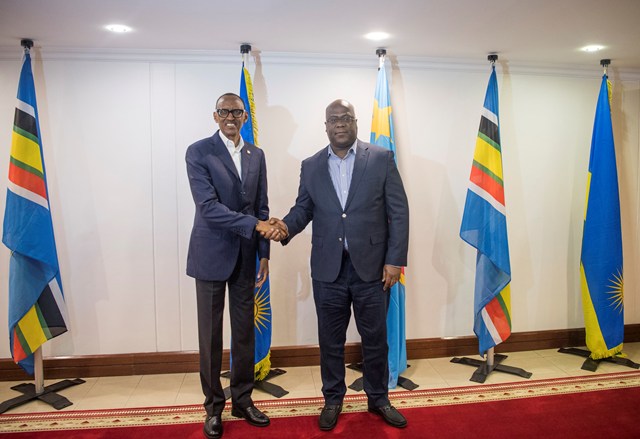 Tshisekedi’s meeting with President Kagame was the second in less than two months. The two leaders first met in February on the sidelines of the African Union Summit in Ethiopia’s capital Addis Ababa.

President Tshisekedi visited Rwanda on the invitation by his Rwandan counterpart Paul Kagame to participate in the Africa CEO Forum.

Both Heads of State spoke at a Presidential panel and expressed the willingness to transcend conflicts in the region and aim at prosperity and peace, with President Tshisekedi calling it “Time to build bridges NOT walls between neighbors.” 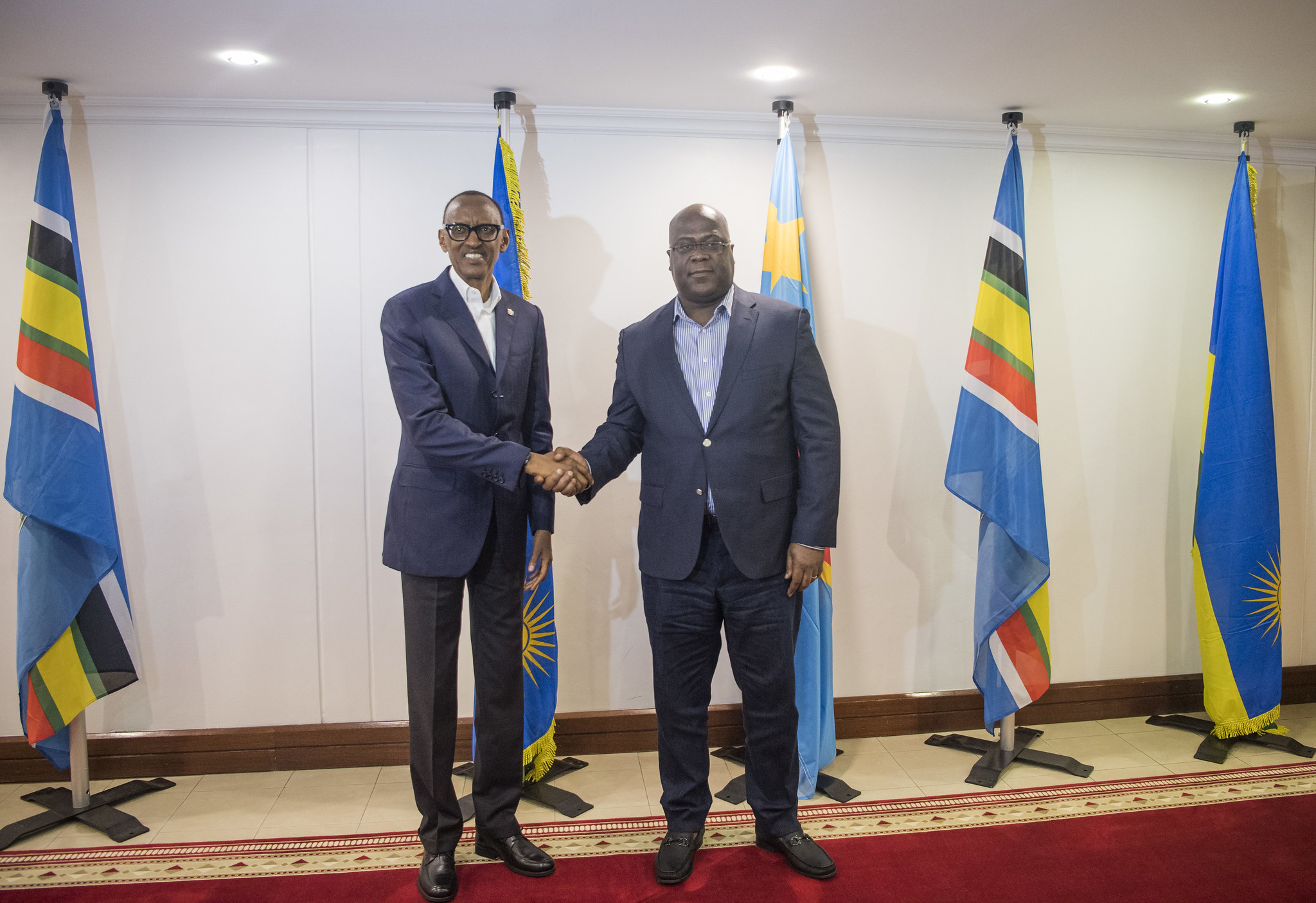 In May this year, President Kagame traveled to DR Congo’s capital Kinshasa and held a tête a tête meeting with his counterpart President Tshisekedi. 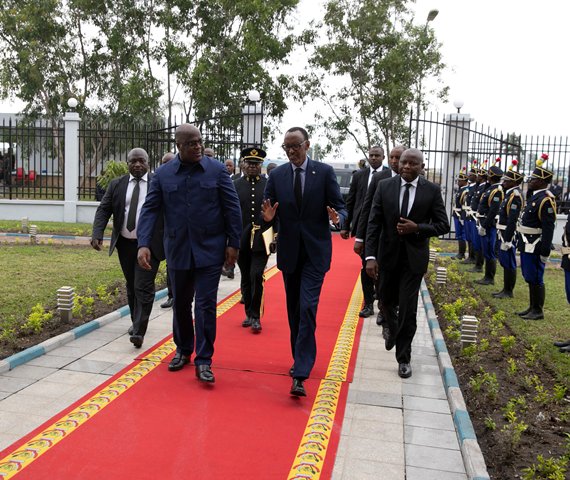 Kagame, who also attended the funeral of President Tshisekedi’s father, would later that day, together with Angola President João Lourenço, meet President Tshisekedi at a tripartite meeting that focused on restoring regional security and enhancing economic cooperation. 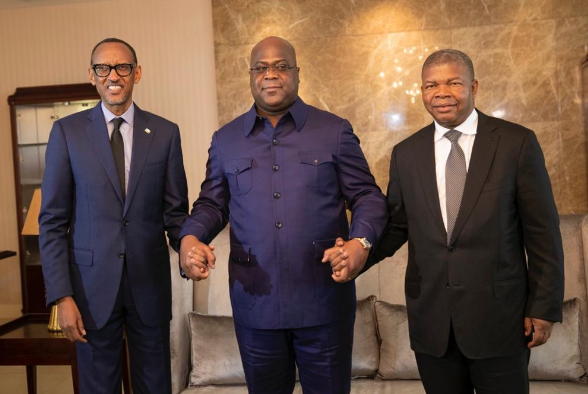 During today’s quadripartite summit in Luanda, the four Heads of State stressed the importance of a permanent, frank and open dialogue that should be strengthened both bilaterally between the states of the region and multilaterally, for the consolidation of peace and security and as a fundamental premise for economic integration. 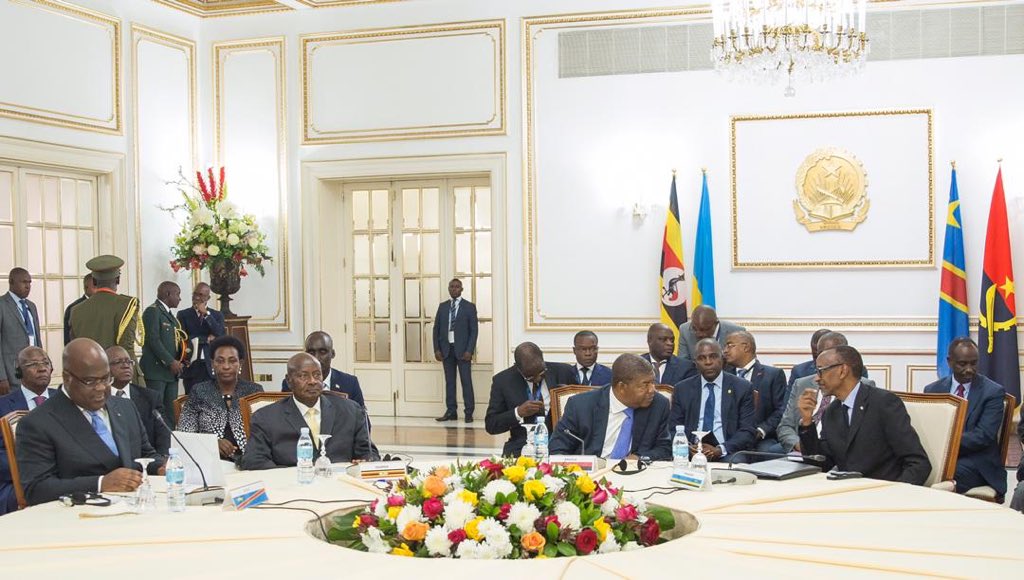