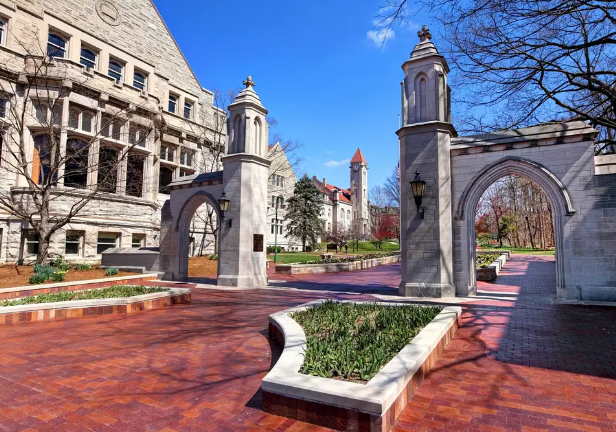 If you are living in the United States and wish to learn Kinyarwanda – Rwanda’s vernacular, your destination has been unveiled.

Indiana University (IU) in the United States will beginning next month, start offering a course in Kinyarwanda, making it the 8th African language the university is teaching under its African Studies Program.

Rwanda’s Ambassador to the U.S. Mathilde Mukantabana says the move by the university to introduce Kinyarwanda as a course is a result of the IU’s long term engagement in Rwanda and an opportunity for Americans to learn the language.

Elementary Kinyarwanda classes will commence next month at IU’s Hamilton Lugar School of Global and International Studies under the African studies program.

“Looking for a language course? Starting Fall 2019, Kinyarwanda will become the eight African language offered at IU! Kinyarwanda is the national language of Rwanda and is also spoken in the Democratic Republic of Congo and southern Uganda,” a brochure advertising the course reads.

The brochure further adds that the introduction of Kinyarwanda as a course is part of the university’s longstanding involvement in Rwanda.

“IU has longstanding connections with people and institutions in Rwanda through such award-winning programmes as ‘Books and Beyond’”. Under the ‘Books and Beyond’ programme, students from IU travel to Rwanda in summer not only to promote literacy but also gain travel experience.

“The decision for Indiana University to start offering Kinyarwanda as a course this fall is as a result of the service learning projects that Indiana University students have had in Rwanda in the last 10 years in Kinigi, Rwanda through Indiana books and beyond Initiative,” Amb. Mukantabana told KT Press.

While IU’s focus in Rwanda has been on literacy, Ambassador Mukantabana says that over the last 10 years, more departments of the varsity have built interest on building Relations with Rwanda.

Medical doctors and nurses have been part of these annual visits and done screenings for young children in Kinigi, Rwanda, according to the Ambassador.

“As a result of that success, Indiana University made a decision to introduce Kinyarwanda as a course this fall 2019 to promote Rwanda’s unique language, culture and values. It is a great opportunity for Indiana students and business people that plan to invest and visit Rwanda to learn the language,” Mukantabana said.

“The ultimate goal is to teach ENL teachers among Indiana primary and secondary schools to eventually teach Kinyarwanda as one of the main languages,” she said. According to IU’s website, the education institution teaches on average more than 70 foreign languages a year, the most foreign languages taught by any university in the U.S.

With several of the top programs in the most commonly learned languages, Spanish and French, the university is also known for many ancient and unique languages.

Aherne said, one of Indiana’s largest immigrant or refugee populations now comprises Kinyarwanda speakers from Rwanda and DRC.  “We see potential for supporting heritage speakers in Indiana, as well as offering this language to students interested in education, international studies, business, public and environmental affairs and other areas,” Aherne said.

An earlier statement said the African Studies Program hoped to offer accelerated Kinyarwanda as early as spring 2019, with proposals to teach beginning and intermediate Kinyarwanda starting in fall 2019.

“With the addition of Kinyarwanda, IU will regularly support the teaching of eight African languages,” Aherne added.

Other African languages regularly offered at IU include Akan/Twi, Bamana, Kiswahili, Wolof, Yoruba, and Zulu as well as Arabic. Kiswahili is also taught as an intensive course during the summer sessions.

IU’s decision to teach Kinyarwanda has been welcomed by the Rwandan Community in the U.S, saying the course will go a long way in putting Kinyarwanda on the global map.

“In addition, student’s service learning projects through books and beyond in Kinigi, Rwanda for the last 10 years have motivated other Indiana University programs to build relationships with the University of Rwanda and Rwanda at large.