“Congratulations Excellency Mokgweetsi Masisi on your election as President of Botswana. Happy and looking forward to working with you to deepen further very good relations that already exist,” Kagame Tweeted. 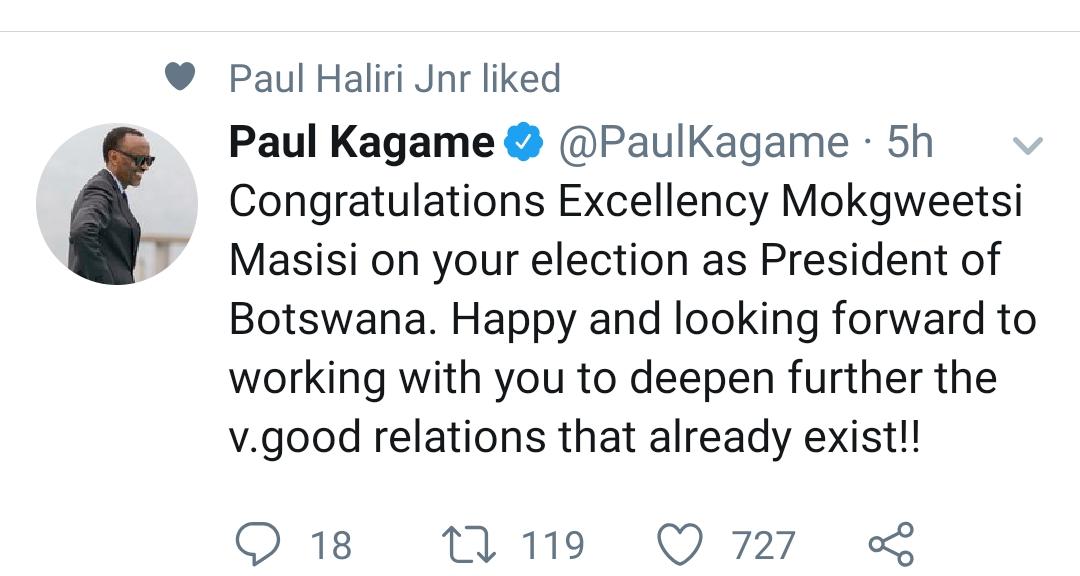 Botswana had voted to elect 57 national assembly and 490 local government representatives, in which the candidate of the winning party would become president. 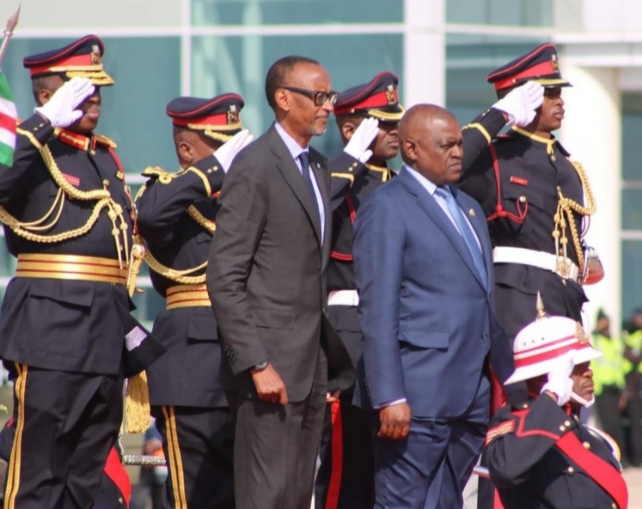 President Mokgweetsi Masisi and President Kagame held a bilateral meeting with members of their delegation before witnessing the signing of different  bilateral agreements.