Home NewsNational In Rwanda, the Ratio of Prison Guard to Inmate is 1:30
National

In Rwanda, the Ratio of Prison Guard to Inmate is 1:30 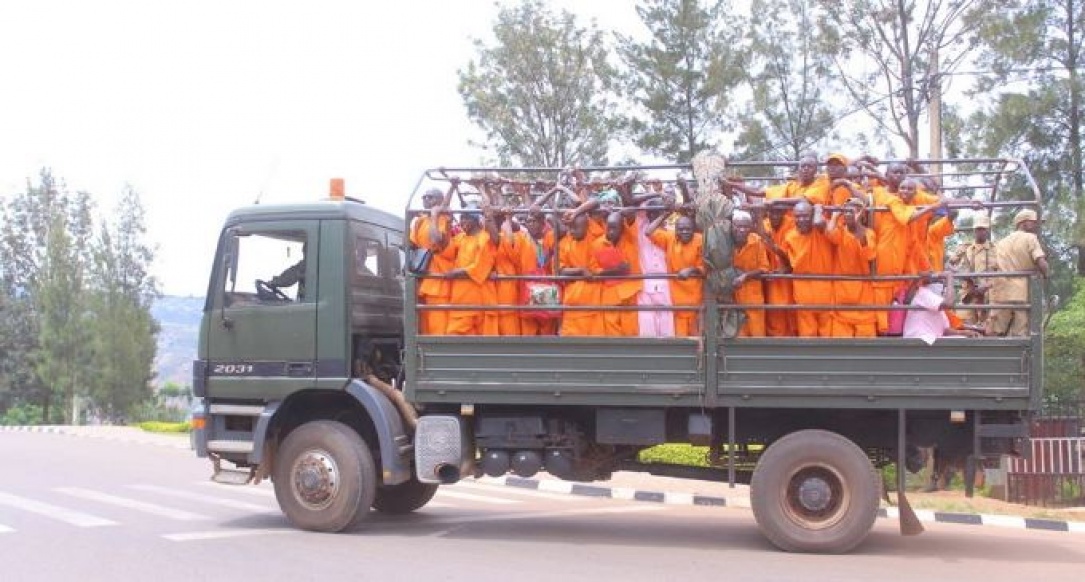 Rwanda Correctional Services (RCS) says it has made tangible steps to transform the institution, but admitted it still grapples with high numbers of prisoners per one prison guard.

Currently, the ratio of a prison guard is 1:30 inmates, and Rwanda Correctional Service (RCS) says it targets to make it 1:10.

Trainees are pursuing eight months course on security, self-defense, human rights and patriotism, among others.

Prison guard to inmate ratio figures were announced during the press conference held at RCS headquarters in the capital Kigali City on Monday, December 30.

This press conference aimed at indicating this year’s’ achievements, challenges and solutions.

“With the current figures, we have already met prison guard inmate ratio international standards, but we have to make our correctional services better. The challenge remains that at times, crimes increase, hence hosting more prisoners.”

According to SSP Hillary Sengabo, the spokesperson for RCS, among the achievements the Institution registered this year include “our new training camp in Rwamagana. Police used to help us to train prison guards in their camps, but now we shall be conducting trainings ourselves. This is a great step,” he said.

“The target is having an intake every year, but will depend on the national annual budget. Intakes will be conducted accordingly,” he added.

Currently, RCS has 2400 guards who provide correctional services to over 47000 prisoners across thirteen correctional facilities around the country.

In some developed countries, prison guard to inmate ratio is at one per seven prisoners, while in other countries, the ratio stands at one guard per ten prisons, which is possible for Rwanda to achieve, according to Rwigamba.

To control security around prison dormitories, Rwigamba said “we have installed cameras in some prisons. They help us to monitor what takes place around prison compounds. We hope this technology will be another effort to fight crimes inside cells.”

“We have not yet achieved a target of having cameras in all prisons, but we are looking towards that,”

“Cameras monitor movement of prisoners around prisons. The prisoner guard on duty can monitor previous activities done inside the prison and also day to day movement of inmates,” Rwigamba said.

So far, cameras are installed in Mageragere and Nyanza prisons, but the target is having all the prisons installed.

According to RCS, three prisoners who attempted to escape were shot dead. The deceased tried to escape after they were allowed to meet their relatives outside the prison.