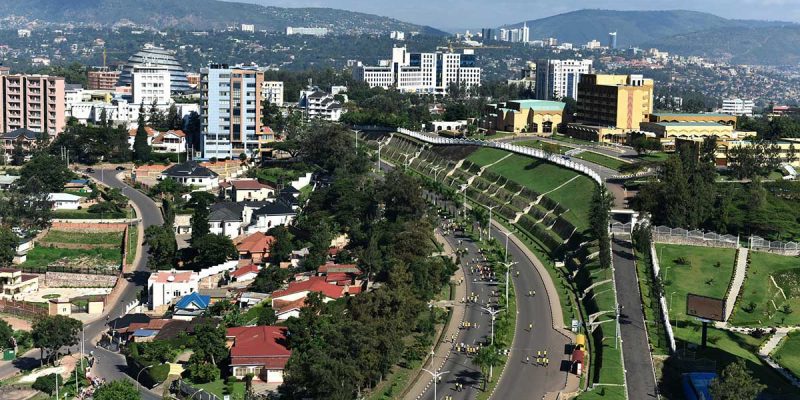 Kigali, the Cleanest city of Afirca

I am intrigued every time I read somewhere that “Rwanda has a good image because of good PR.” A lot of that has been coming up lately, on social media like Twitter or Facebook.

Surely all that can’t be true, some of the Twitter commentariats in our region have been protesting. “How is it even possible; it must be just good marketing!”

The contrarians are just firm in the belief that Rwanda has merely succeeded in creating a great delusion and hoodwinked even eyewitnesses! Those singing Kigali’s praises must be brainwashed people! One assumes the only believable reports to individuals like this would be those of hunger, poverty, damaged roads, or bad slums.

This is sad. Why should good news from a fellow African country depress some instead of causing joy that if Rwanda is one of those African states that can uplift the lives of its people through efficiently run public services; making efficient use of public funds (which are rigorously accounted for); and so on, then everyone else can do it? Are they so much in the grip of PhD (pull him down) syndrome they just can’t help themselves?

But here is an uplifting message: every country can do what Rwanda is praised for.

This country too has its problems. There is poverty in Rwanda. Poor living conditions afflict many. Youth joblessness is a pressing social issue. But which country is a utopia? The most impressive thing about Rwanda is how quickly and holistically it’s tackled its problems, lifting millions out of absolute poverty in a matter of decades while overhauling almost its entire social-infrastructure system.

The things that have earned this country such a good international image are real.

However, I think to have the smarts and savvy to turn the image of a country known only for genocide a decade and a half ago into one synonymous with IT, a growing reputation for its capital’s art scene, and good services should be impressive in itself. But if “having a good image is what will earn a country plaudits and millions in tourist revenues, why don’t most African brothers follow suit and do it too!

A Ugandan friend once asked me: mukikola mutya mu Rwanda?! “How are you able to do such in Rwanda?, i.e. whole cities and towns with no electricity blackouts; whole streets with no discarded bottles or paper bags; an immigration department that gives one a passport three days after application; and so on ad infinitum. I advised my friend to visit different government departments; they would give him better answers than I possibly could!

I have some pretty good ideas though

For one there is this sense of ownership in Rwandans; of propriety; of understanding that what is public also is mine! It is very rare in Rwanda to find, say, vandalized streetlights, public buildings showing damage and the like. On the other hand, the citizenry of a good number countries long ago lost whatever sense they ever had of communal ownership. The attitude that anything they didn’t own directly was something worth cherishing.

Someone ought to study this social phenomenon (so evident in most African countries I’ve been to), to try to trace its reasons. Is it because public authorities long ago embezzled and cheated the public, so people reacted by hating public things? Is it that there never was any sort of sustained civic education, to impart people the requisite sense of communal responsibility? Is it just a collective loss of sense of self-worth? Is it all these things combined?

The things I’ve seen in some places are beyond astonishing. One will find many manhole covers missing from (badly potholed) roads, and wonder: why would a person steal a manhole cover? To sell it to who? Just like people that steal fire extinguishers do they sell those too? Or do dealers turn them into scrap metal? As for street, or traffic lights, those disappeared long ago from countless African cities.

It is not the same everywhere of course, and Kigali isn’t the only clean capital with good public facilities on the continent.

Still, I will praise the way we relate to what’s communal around here.

Combating AIDS and HIV Infection, the World Comes to Rwanda

Rwanda to Digitize All Patients’ Data