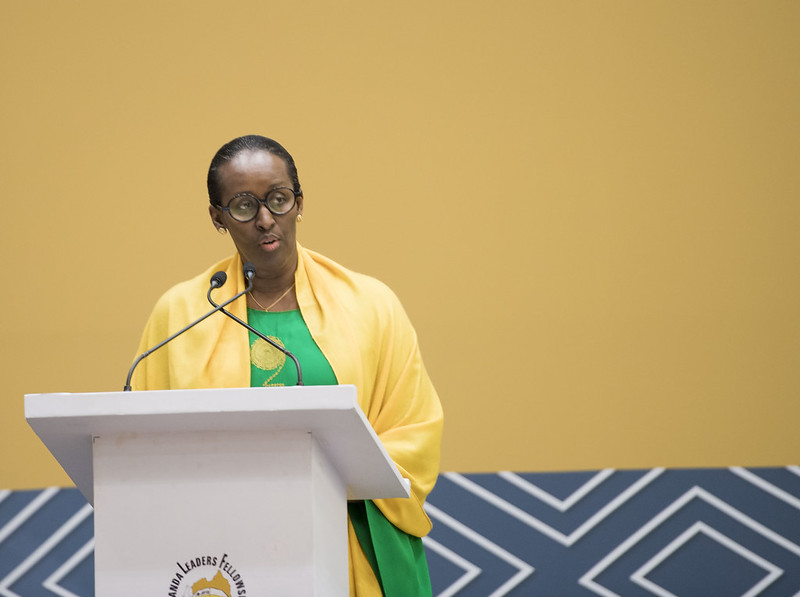 Every time we give thanks or show gratitude, we are lifted to a higher form of self, and we attract even more blessings than we had before –these were the words of the First Lady Mrs Jeannette Kagame as she presided over the 25th National Prayer Breakfast on Sunday.

The First Lady was the guest of honour at the annual national prayer breakfast which is organised by Rwanda Leaders Fellowship at Kigali Convention Centre which was attended by leaders in government, faith-based organisations and civil society as well as delegates from across the world.

Mrs Kagame, who represented President Paul Kagame, delivered a message coined around this year’s theme “Transformative leadership: Appreciating Today- Shaping tomorrow”, pointing out that showing gratitude to God and man is a virtue that needs to be practiced and passed on to the younger generations.

President Kagame, who is in Abu Dhabi, UAE, to attend the Abu Dhabi Sustainability Week, could not attend this year’s national prayer breakfast.

The event organised annually by RLF brings together senior leaders of the nation with the purpose of reflecting on the past year, giving thanks and dedicating the nation and its leaders to God in the New Year. 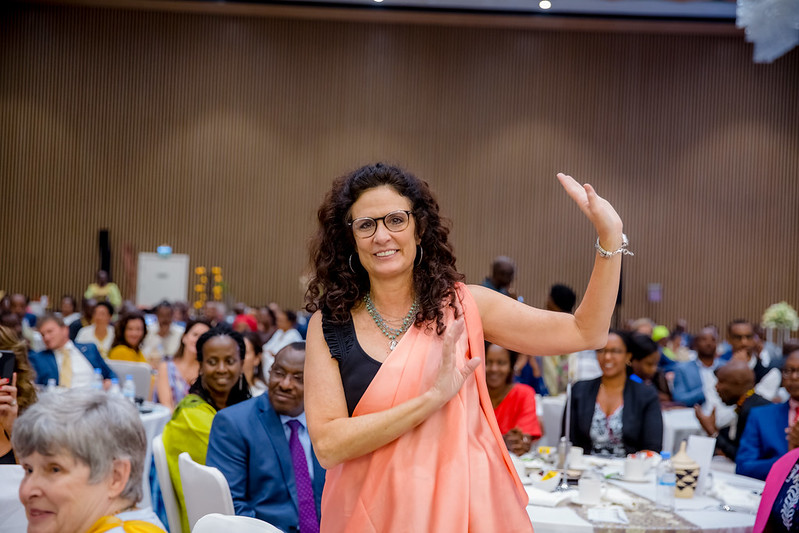 Mrs Kagame said that the National Prayer Breakfast is not only an opportunity for thanksgiving but also a chance to look back and appreciate the journey the country has been on, reflecting on the aftermath of what it has been through as a nation.

“Looking back at our history over the past two decades, we must also acknowledge the importance of keeping HOPE alive. This four-letter word was always at the tip of our tongues,”

“It spurred us on and gave us reason to fight for a better future. Living without hope, is like living without gratitude. It is almost synonymous with denying the ability of God to lift us out of our present situations,” Mrs Kagame said, highlighting the country’s progress.

The First Lady said that in 1994, the world wrote Rwanda and its people off as a failed state and that at the time, very few believed that one day, let alone 26 years later, Rwanda would become a high-end tourist destination it has become.

“Very few believed that Rwanda would attract the kind of investments and partnerships we see today, among so many other positive milestones. Twenty-six years after the Genocide against the Tutsi, we continue – by the Grace of God – to rebuild our nation stone by stone,” she said. 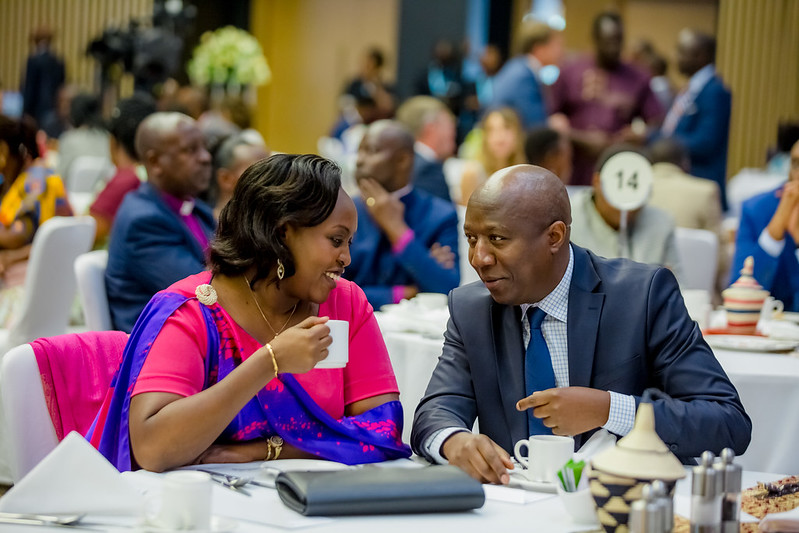 Mrs Kagame said that today Rwanda continues to create bridges with valuable friends and partners, such as those who attended the prayer breakfast, who believed – then and continue to believe – today, in Rwanda and its transformative leadership.

Referring to Psalms 40:5 on looking back and giving gratitude, the First Lady, who also attended the Young Leaders Conference, which preceded the National Prayer Breakfast, also organised by RLF said that every time people give thanks or show gratitude, they are lifted to a higher form of self and attract more blessings.

“Giving thanks to God for who He is, for what He has done and for what He represents in our lives, is intrinsically linked with praising Him. And praising Him is the highest form of Worship,”

“Our destinies are shaped for the future, by our thanksgiving and praise, today. In fact, it is written that God inhabits our praises. I thus cannot over-emphasize the importance of saying “Thank you” and showing gratitude,” she said. 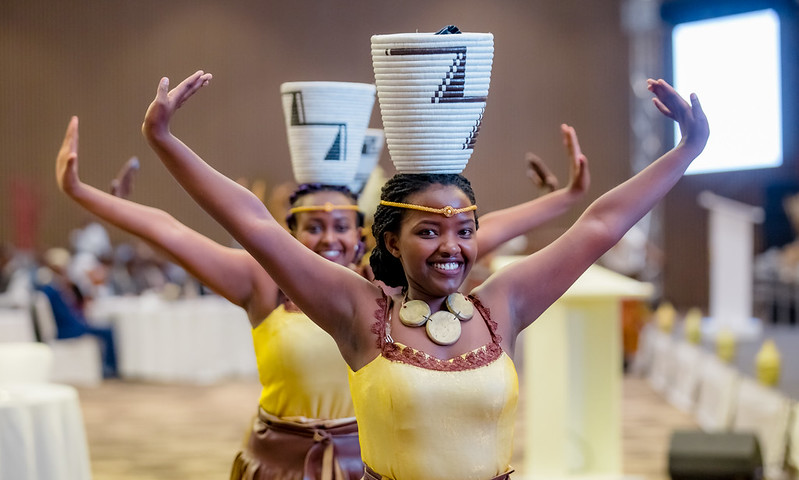 Mrs Kagame said that sheer magic of uttering that simple phrase, ‘thank you’ to a family member, a colleague, a friend or a stranger does not cost a cent, but its value is worth millions.

She also emphasised the need to model best practices and internalize the godly values that have brought the country this far, and then, to pass them onto the next generation.

“We must not only show gratitude when things go our way; we must also learn to thank God for the challenges we encounter. We learn and grow from them every day,” she said.

“As a country, we relate with where we were 25 years ago, and we do not take for granted that it was very possible for us as a people and a nation, to get stuck in a cycle of conflict, poverty, and self-destruction,” the First Lady noted. 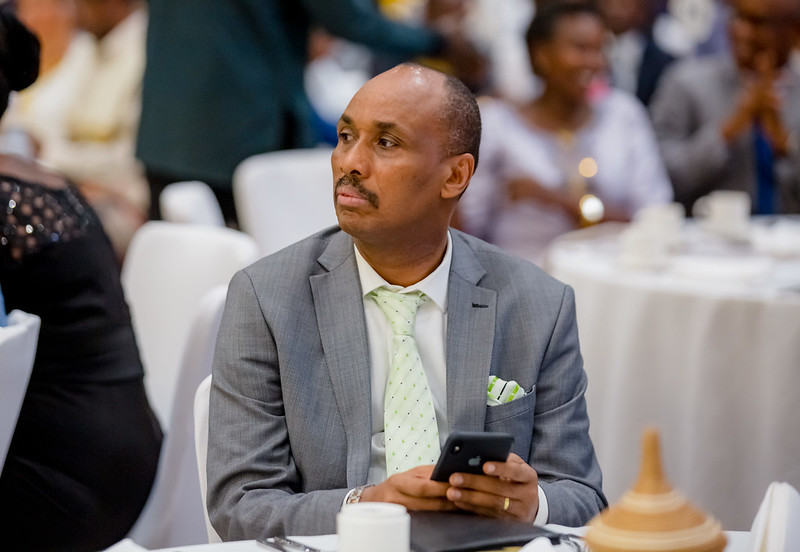 The First Lady reiterated the message of the preacher of the day, David Beasley, the Executive Director of World Food Programme (WFP) and former Governor of South Carolina who talked about hunger and poverty which are on the rise despite the richer getting wealthier and economies growing.

Mrs Kagame described the two issues as ‘daunting challenges’ which must be dealt with. Citing a report by UNICEF titled “The state of the world’s children” 2019 report: Growing well in a changing world. Children, food and nutrition”, the First Lady wondered why today the world still has children dying of hunger.

“How is it that in the 21st century, we still have 149 million children under 5 with stunting and almost 50 million with wasting? How is it possible that overweight and obesity in children and young people are continuing to rise and are increasingly among the poor?” Mrs Kagame asked. 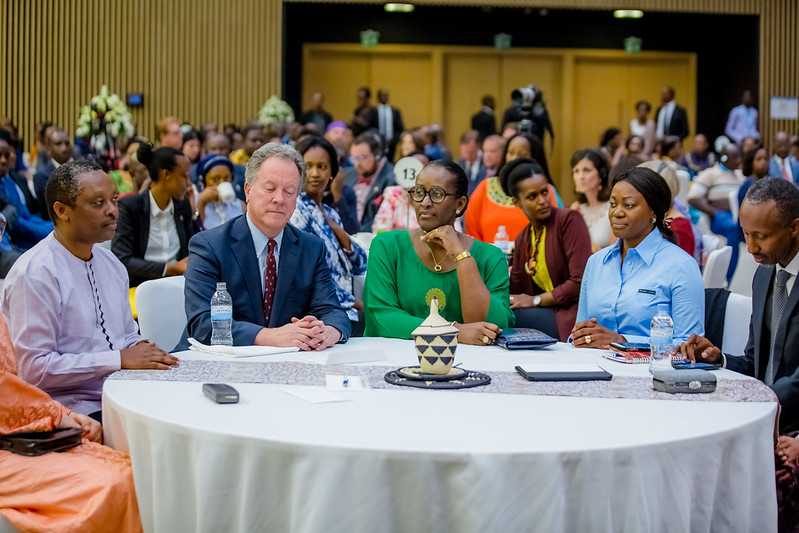 She pointed out that in the past three years, according to the 2019 ‘The State of Food Security and Nutrition in the World’, the number of people who suffer from hunger has slowly increased, with more than 820 million people in the world still hungry today.

“Another disturbing fact is that about 2 billion people in the world experience moderate or severe food insecurity. The lack of regular access to nutritious and sufficient food that these people experience puts them at greater risk of malnutrition,” she said. 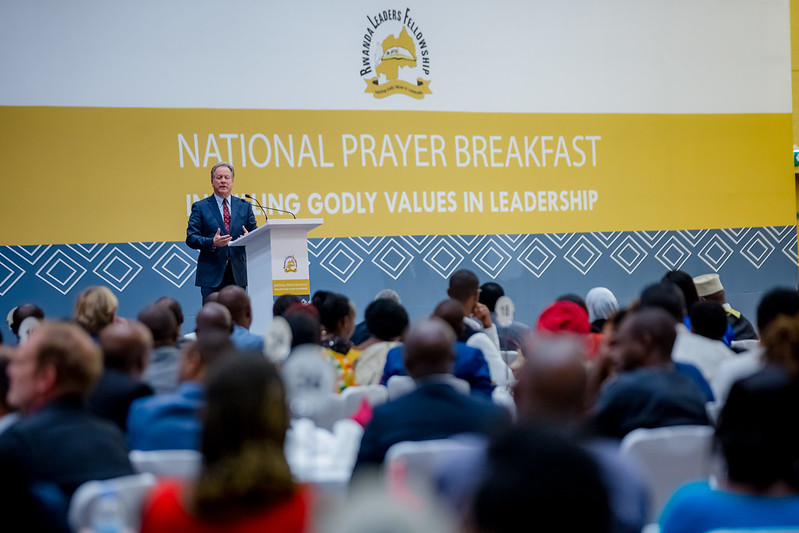 In his message, Gov. Beasley wondered why today someone still dies of hunger every 5 seconds when there are $360 trillions of wealth in the world today.

“Why should any person or child die from hunger every second, if we truly loved our neighbours?” Beasley wondered, referring to the biblical commandment of loving one’s neighbour as they love themselves. 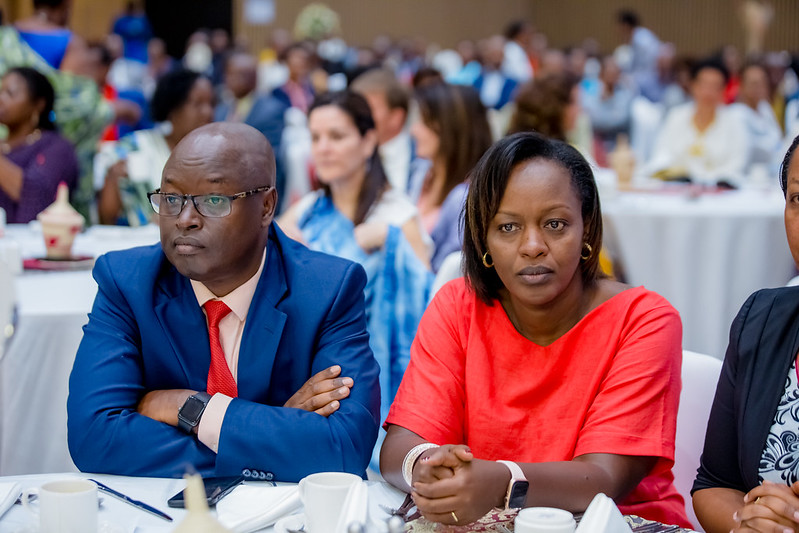 As the Executive Director of WFP, Beasley said that he has seen first-hand the suffering of ordinary people as the UN body feeds over 90 million people battling hunger in 83 countries with no hope yet the rich continue to get richer.

He said that in Jesus’ teachings, his idea is that before one shows how he loves him or commitment to live by the commandments, it must be seen and experienced by the people near you before he sees it himself.

For one to be the ultimate servant of God, Beasley said that one has to act accordingly –if you are rich and your neighbour is poor and hungry, share what you have with your neighbour. He said that if many lived by the word, people would not be dying of hunger today. 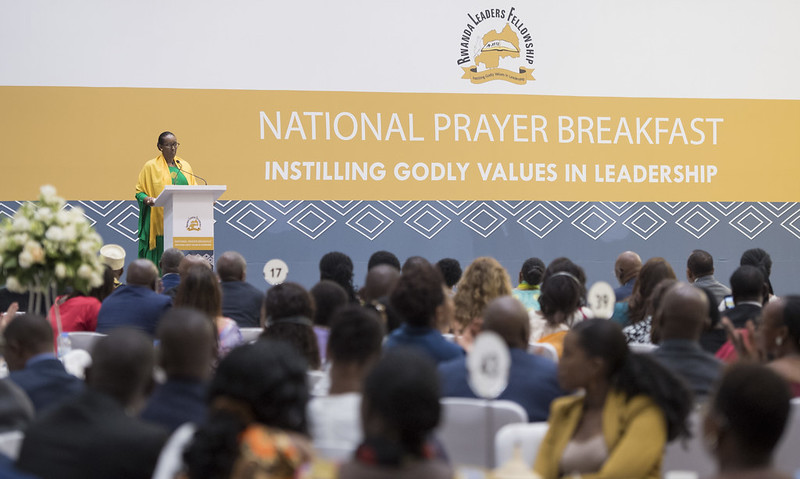 Beasley said that Rwanda is one of the countries doing it right and it goes down to leaders understanding that God has to be at the centre of it all.

The Chairperson of RLF, Eric Munyemana said that President Kagame and the First Lady have been regular attendees of the national prayer breakfast –something he said confirms their commitment to embracing godly values in leadership over the last 25 years.

The prayer breakfast was attended by the President of the Senate Augustin Iyamuremye and the Prime Minister Dr Edouard Ngirente among other top leaders.