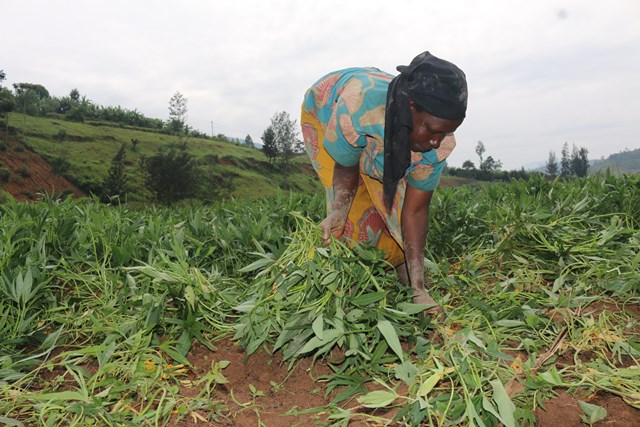 Vitamin A deficiency is most common in Africa and can cause blindness, increase risks of infection especially in children and adults. According to the World Health Organization (WHO), about 0.6% of Rwandans are blind while 12% have presbyopia disease─ a gradual loss of the eye’s ability to focus on the nearby object.

This condition maybe caused by aging, too much usage of digital types of equipment like computers to younger people or poor feeding.

To combat vitamin A defiency, Bill and Melinda Gates Foundation in partnership with the International Potato Center (CIP) and Rwanda Agriculture and Animal Resources Development Board (RAB) through the SweetGAINS project will focus on how to breed improved sweetpotato varieties rich in Vitamin A.

SweetGAINS is a project that is meant to support  breeding of sweet potatoes that are rich in Vitamin A in South and East Africa.

It targets countries of Rwanda, Kenya, Uganda, Tanzania and Mozambique and will be implemented in the next three years.

During a meeting that was held in Kigali last week, breeders and scientists from Rwanda, Kenya, Tanzania and Uganda  convened to be introduced to this technology and the best varieties that are susceptible to c0mbat malnutrition. 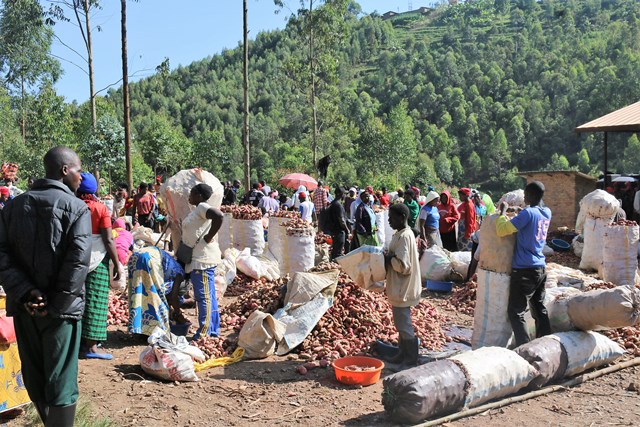 Staple food in Rwanda, sweet potatoes are most present in local markets

Dr. Campos Hugo, the Director of Reseearch at CIP and SweetGAINS Project Manager said the problem of vision defects does not affect Rwanda only but also many other African countries and therefore the agricultural experts gathered to plan on how this important sweet potato crop can be developed and integrated into communities.”

“We shall be working with RAB to develop these varieties. these will be multiplied to fight vision problems but also have high yielding to benefit farmers,” said Hugo.

“For example, in the Southern Africa, they breed heat tolerant varieties because in countries like Malawi, Mozambique, when it is dry, it is completely dry whereas in East Africa, we breed varieties that are disease tolerant because we are prone to many viruses,” he said.

Mwanga who has bred Kabode and Vita, all orange-fleshed sweetpotato varieties grown in Rwanda was positive that in future they will be breeding varieties that are rich in other nutrients like Zinc and iron as Anaemia has also become common in Africa especially in young children and pregnant women.

Dr. Jean Ndirigwe, a breeder from RAB applauded partnership to speed up breeding for this will benefit the farmers in Rwanda and citizens of the country in general. In the last 6 years, RAB through its sweet potato program has released around 8 varieties in the last 6 years and looks forward to release more in the near future. 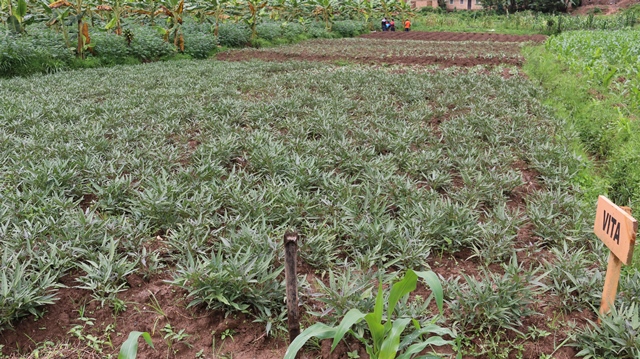 No Cause for Alarm – EALA Speaker Ngoga On His Absence