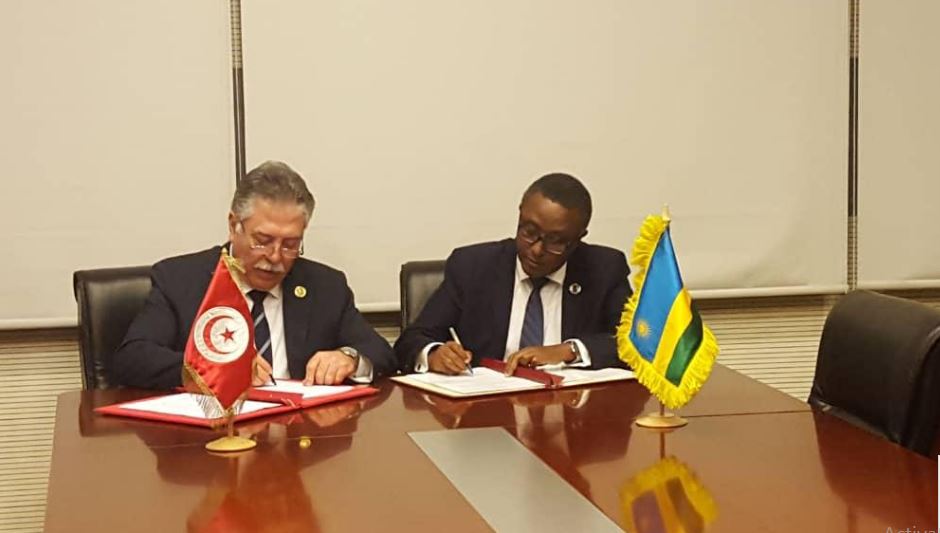 Rwanda has signed with Tunisia an air service agreement to bring the number to 101 deals of the kind between Rwanda and countries that committed to make the free movement of people a reality.

The event took place in Addis Ababa-Ethiopia, in the sideline of the ongoing 33rd  African Union Ordinary Summit.

Don’t Rest Until Every Teen Pregnancy Is Prevented- Mrs. Kagame

They Are Getting Closer: Rwanda Readies for Possible Locust Invasion