It’s day three of the Tour du Rwanda, country’s cherished sport due to the enthusiasm it carries, leave alone the good performance of the boys that represent the motherland despite all odds.

Huye – Rusizi (142.0km) will lead the riders to Kamembe, the border town of Rwanda adjacent to the neighboring Bukavu in the Democratic Republic of Congo.

It is in other words, the discovery of an intertwined community which has entertains good neighborhood on either side of the border, thus also sharing the cultural language.

It is not strange to hear Swahili speaking people in Kamembe and Kinyarwanda in Bukavu because they have become an almost homogeneous community. In the past, some officials in DRC, news has it, they complained about their people spending most of the time in Kamembe.

KT Press talked to some of them, and they said they love the town due to its cleanness, availability of infrastructure and utilities like water and electricity which, they said, “are efficient more in Kamembe than in the neighboring Bukavu city.” 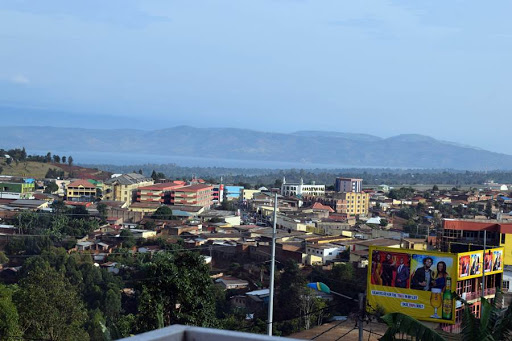 At the finishing line, the riders should be careful, otherwise they can be distracted by the wonders of the area-

In the last two stages, they have validated that Rwanda is indeed a landlocked country, but today, at least they will see one of its beautiful lakes lying between Rwanda and DRC-the Lake Kivu.

It is the biggest, the deepest and no wonder, the most precious, now giving nearly 30 megawatts of methane gas that were added to the national grid and more is expected. 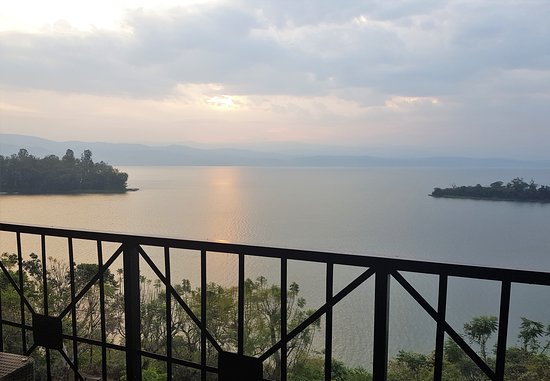 A night in that breeze is the best of its kind and no wonder, the diet will be the best ever. With a mixture of the Rwandese- Congolese communities, expect some good meals of isambaza and cassava paste.

Back to the routes itself, Huye-Rusizi also carries numerous things to watch.

Well, the first excitement is to realise that Nyamagabe, a city that had just one storied house until the year 2000s is now a growing city at the Nyungwe national park belt.

Before entering Nyungwe national park, another beautiful experience where monkeys will be the main fans, you admire large plantation of wheat and tea, two specialties of the region. But the region is also the country basket of timber and charcoal. This tells the rest; Nyamagabe  and the neighboring Nyaruguru are known for big forests.

Beware, government wants an alternative of the charcoal-but no plan as far as timber is concerned.

If you go this side also, do not forget to buy natural honey at Kitabi-just at the gate of Nyungwe. Bee farmers perform particularly well because of the best/natural environment the park offers .

This bee keeping asset helped the government to address poaching in the park because it earns to the farmers a living.

As a result, it’s one of the oldest green expanses on the African continent, and is something of a ‘Lost World’ for rare and endangered species. It also spans several altitudinal bands, which facilitates its largely unparalleled biodiversity of both flora and fauna.

The man-made activities touristic activities in Nyungwe include the canopy walkway, and luxurious lodge. The Most known is the One and Only Nyungwe House at the exit of he park in Nyamasheke district.