Where Are Victims of Gutted Kigali Markets? 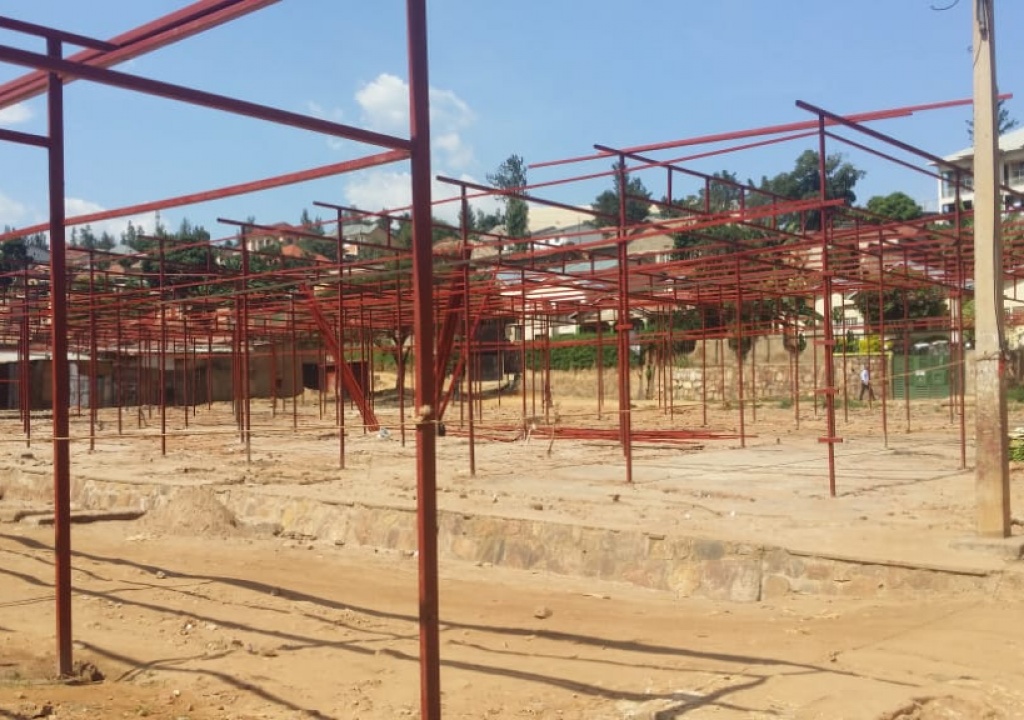 He left in disarry. In fact, Nzasenga, a carpenter who had tirelessly worked hard to start a carpentry shop in Kigali, was in total trauma.

His decision to return to the village was not for fun, or to venture into a new business empire back home. His only source of income – a carpentry shop, was gutted by fire that swept entire “Gakiriro ka Gisozi”─as the place is famously known.

A week-long mourning for the perished business elapsed, and Nzasenga realized there was no means to buy food, pay school fees for his Children, clear water bills and pay for other essential needs, hence a decision to leave the costly livelihood and head back to the village.

The carpentry shop worth Rwf17 million ($18,000) was razed. With grief, Nzasenga, a father of nine, decided to start a piggery farm in  his home village – all to ensure his family’s survival through the little savings.

To start a new life in the village, Nzasenga decided to use his savings worth Rwf100, 000 to buy thirteen piglets for the start-up of the piggery business. More misery was on the way. Ten of them died.

“In again another misfortune, ten piglets out of thirteen I bought to start piggery farming also died, I am now carrying out substance farming. When my family gets food, I kneel down to thank God,” Nzasenga narrated to KT Press.

“I had to pray day and night for God to comfort my heart and advise me until I decided to leave the city. I am thankful I did not steal to get food, neither my children did.”

Nzasenga is one of the many grieving businessmen and women who lost million of francs worth their properties following multiple fires that gutted several markets and shops around the country – mostly in the capital Kigali.

The following morning, after the fire accident, the 46-year-old Nzasenga was pictured seemingly in deep grief trying to collect half-burnt timbers to build shed for pigs, his new crippling business today.

“My name (Nzasenga) means to continue to pray, I am waiting for God to raise me up again because the situation is absolutely tough, especially for someone who used to earn over Rwf10,000 every day. I live on begging friends and relatives. It is horrible.” 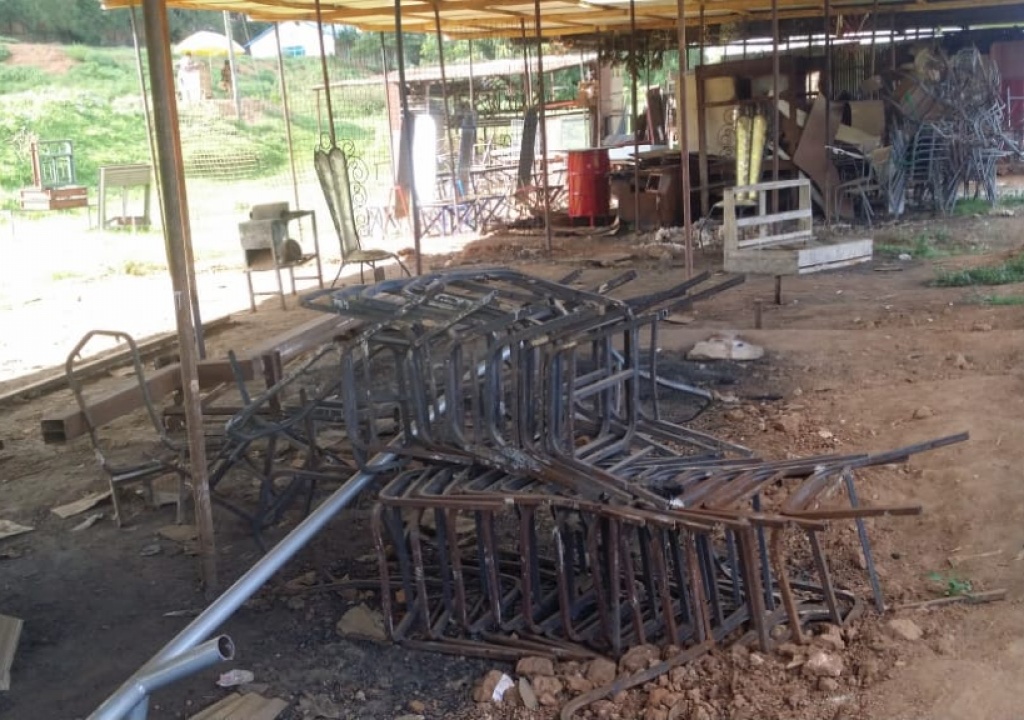 Like Nzasenga, hundreds of traders remain stranded with financial constraints after Gisozi, Nyabugogo and Gakiriro ka Kimironko markets were burned down – leaving traders in countless losses as huge as over Rwf2billion – in a span of two months.

Most of the victims could not be traced, but few of them keep visiting rehabilitation works for their former markets.

Last week, KT Press toured these markets and discovered they are undergoing rehabilitiation.

At different sites, former occupants stood in agony as they watched rehabilitation works at the places that sent them back home.

Nsabimana said that since the fateful day, most of the traders have never visited their former workplaces to at least see the ongoing rehabilitation of markets.

“I have spent like seven months without hearing from most of my colleagues, some were traumatized immediately after the fire accident. Others decided to quite business completely. It is very had to trace them now,” Nsabimana told KT Press.

The cause of the fire outbreaks was not evident, but eyewitnesses in most of the markets reported faded electricity wiring. Following a wave of fire accidents that rocked Kigali city-based markets, the government directed authorities to rehabilitate the markets with due respect to fire safety regulations.

The government fire safety regulations passed in 2014, direct every public place including markets to have at least one fire extinguisher in every 50 meters, have emergency exit routes in case of a fire accident, fire alarm systems; smoke detectors, and lighting conductors. 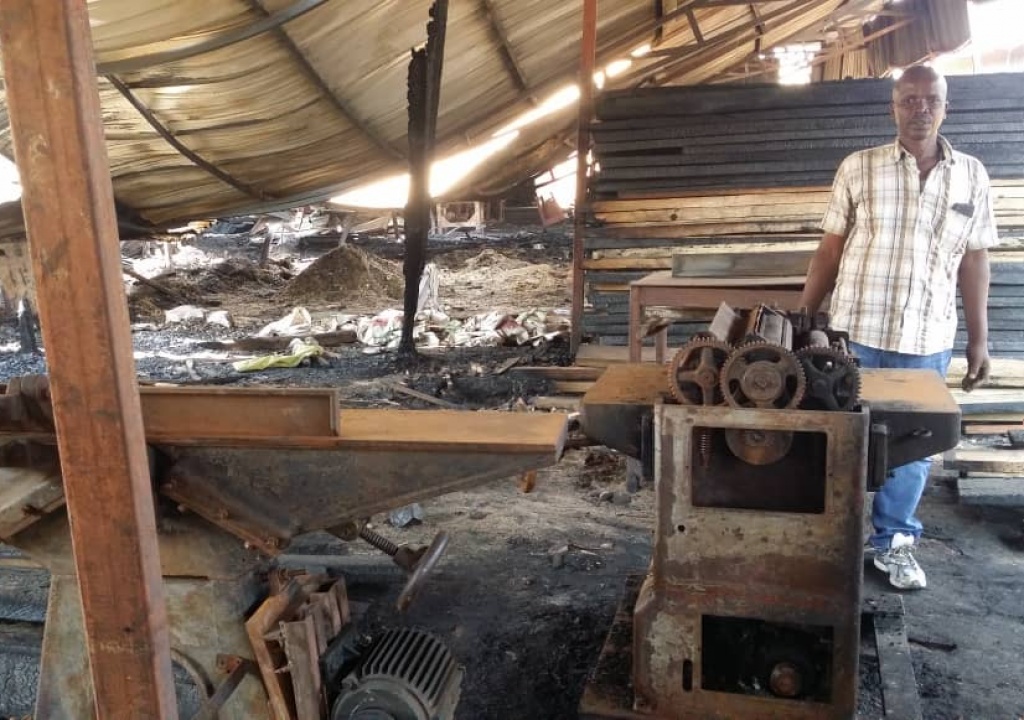 Other fire safety regulations are hose reels on each floor, closed-circuit television cameras, and control rooms for big buildings.

Government directive required public places to be inspected by enforcement agencies including the police fire brigade and market authorities every three years to ensure continued respect for fire safety regulations.

Today, affected markets are being rehabilitated with promises to comply with government fire safety regulations.

The rehabilitation of Nyabugogo  market is underway, with the costs estimated at about Rwf45million. This market accommodated 10 traders with various businesses including tailoring, saloons and restaurants.

“The cause of fire outbreak was not known, but some eyewitnesses say it was caused by faded wiring, we have contracted experts who will do internal wiring with strong insulated wires,” said Clement Mutabazi, deputy head of the market.

“We are planning to install many fire extinguishers as the regulations direct us. By the end of April this year, rehabilitation will have been completed. The next thing will be tracing victims to come and occupy their positions for them to resume their activities.”

The famous carpentry market commonly known as “Gakiriro ka Gisozi” is also being rehabilitated at a tune of Rwf200million. It was gutted by fire following reported cases of faded wiring. In this market only, 54 traders lost their goods.

“We suffered enough. We negotiated with Radiant Insurance Company to provide insurance to these traders,” Janvier Nzamwita, chief of finance at the market told KT Press.

“At least, every trader will buy a fire extinguisher and install it on his stand. We have contracted professional engineers from Rwanda energy group to do electrical wiring.”

At Gakiriro ka Kimironko, every trader has been directed to buy a fire extinguisher. The market was rehabilitated at a cost of Rwf5million. Welding traders that were formerly close to carpenters have been put in a distance to avoid any fire contacts to woods and spongy materials.

Market authorities have made shop insurance for traders mandatory. The directive to ensure shops comes after 50 traders missed compensation after fire gutted the market.

At ‘Gakiriro ka Gisozi’  only four traders had shop insurances out of fifty.

“We have traders that own businesses that are worth Rwf200 million and above. This is a huge amount and needs insurance. In that case, it has become mandatory that every trader will have to insure his/ her shop to be allowed to trade,” Nzamwita said.

Last year, traders claimed insurance companies refuse to insure their shops because they allegedly work in high-risk zones for accidents.

At Nyabugogo market, fire accident razed properties that belonged to 10 people, but only three had insurances.

“We think those who had insurances were compensated. This serves as a lesson for the rest of traders. We do not know the location of the previous fire victims, but the management has come up with the advisory for every trader to insure their properties,” Mutabazi said.

However, all the seven previous victims at ‘Gakiriro ka Kimirinko’ market came for business, but none of them have so far insured business.

It remains to be seen whether there will be no further fire outbreaks once the new regulations provide strict measures against the outbreaks.