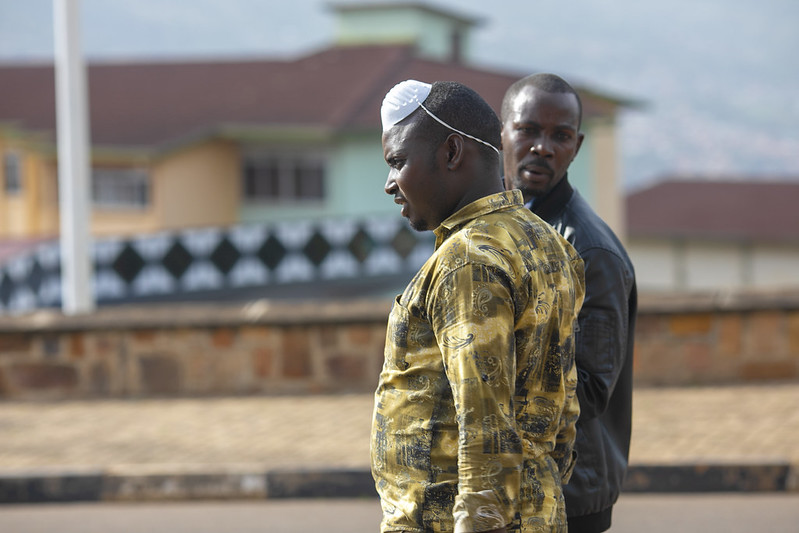 Rwandans have been warned against violating government measures put in place to avert the spread of the New Coronavirus, after it emerged that some individuals are taking advantage of the stay home directive to visit each other.

On Monday, Rwanda National Police intensified operations to enforce the Prime Minister’s tightened directives which were announced on Saturday with the aim of preventing a possible spread of the virus, restricting all unnecessary movements and ensuring that people stay home for a period of 15 days.

According to the RNP Spokesperson CP John Bosco Kabera, some people took lightly the measures, choosing to move around on Sunday or visit friends and neighbours, something that is in contravention of the steps which took effect on Saturday at 23:59.

Rwanda Police said it will fully enforce these measures which are aimed at ensuring that New Coronavirus doesn’t spread to other parts of the country. So far 19 cases have been identified, all in Kigali. Movement from one district to another has been restricted.

CP Kabera said that in some cases, people were found moving from one place to another without serious or genuine reasons for moving while in other cases some bars were caught violating the rules, continuing to operate amid the lockdown.

“The measures were very clear, unnecessary movements are not allowed. We have been seeing people walking on the roads and others in vehicles. We have been asking them to go back home. In some cases we found people going to engage in activities such as prayers,”

“We have been stopping them and informing them that they are violating. In other incidents, we found some bars which defied the orders and continued to operate, in contravention of the orders, putting in danger the lives of many,” CP Kabera told Kigali Today/KT Press.

Police is working with the Ministry of Trade and Industry to inspect businesses to find out those contravening the COVID-19 restrictions, including illegally increasing prices or operation.

On Sunday, MINICOM yet again warned businesses and traders against increasing prices illegally. So far 44 business have been fined for violating government orders on prices of goods and commodities.

In the meantime, the Ministry of Local Government has instructed all local government entities to ensure strict implementation of the Prime Minister’s directives, right from the district level to the grassroots.
Among other resolutions, it was agreed that District and all Sectors and Cell Executive Secretaries closely follow up on ensuring that the restrictions are implemented.

During a teleconference meeting chaired by the Minister of Local Government Prof. Anastase Shyaka, local leaders were urged to continue sensitizing citizens on the need to adhere to the measures using mobile loudspeakers while driving through communities.

Countrywide, teams of local leaders, police and other enforcement organs are deployed to ensure that people do not move or congest in places, putting themselves at risk of exposure to COVID-19.

Among the directives, all Districts must inspect their respective hotels to ensure no people are inside the bars that seemingly close but remain operating inside, with Police asked to take appropriate action if hotels are found to violate the restrictions.

District Vice Mayors in charge Economic Development were instructed to take the lead in ensuring proper operations of big markets in some Districts so as to monitor prices and proper hygiene within markets while Sector leaders were also tasked with monitoring markets to ensure that traders adhere to the rules.

Rwanda has so far registered 19 cases but strict measures have been put in place to avert the possible spread of the virus which has so far killed 16, 099 people and affected 366, 880 others.

Churches On Spotlight for Soliciting Tithe, Offerings Amid COVID-19 Restrictions