Churches On Spotlight for Soliciting Tithe, Offerings Amid COVID-19 Restrictions 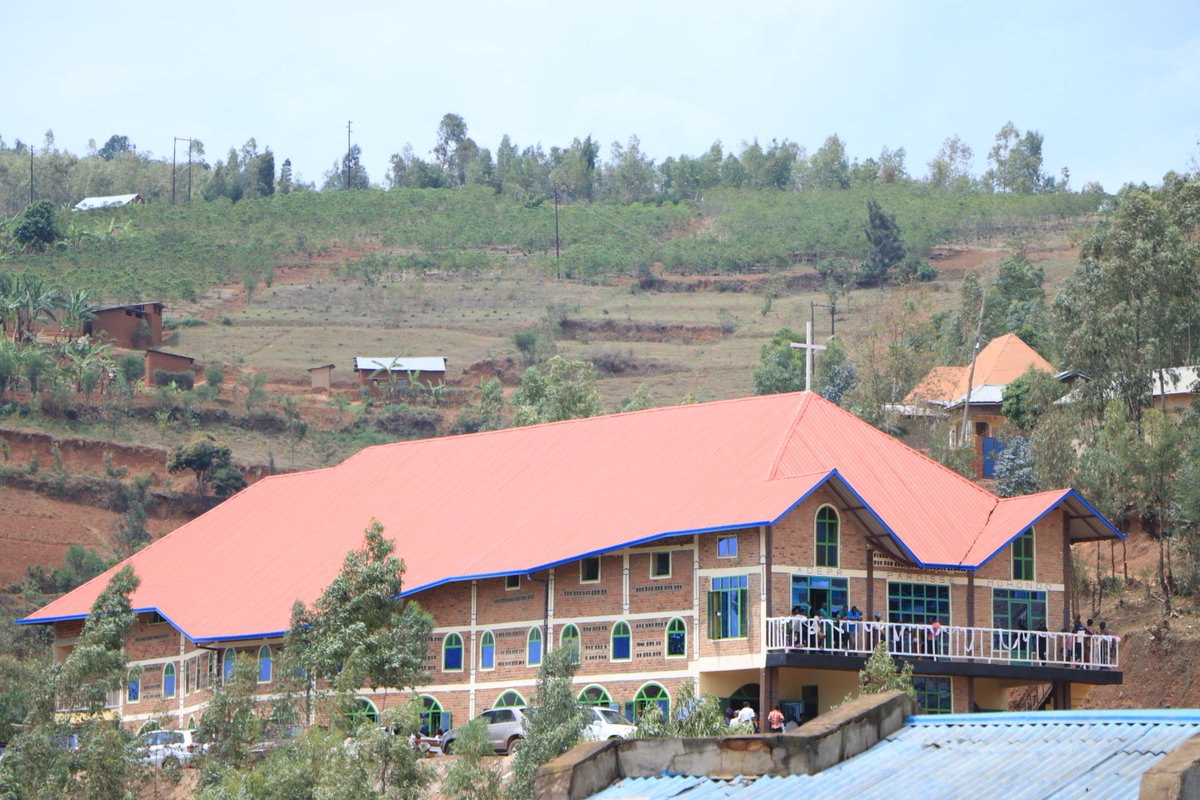 At a time when people have to brace themselves to stay indoors for at least 15 days as part of the measures to curb the spread of the New Coronavirus, religious groups and churches have come under the spotlight for urging their congregates to tithe and give offertories.

Several faith-based, mainly Pentecostal and born-again churches have come up with cashless ways that would enable people to continue tithing and making offertories as religious and other forms of social gathering are prohibited.

The debate of whether to tithe or not has gripped churches and faith-based group globally, with Pope Francis encouraging the church to be closer to the people more than ever in this difficult period, rather than emphasise on the ‘ecclesial’ role the people play.

Several churches in Rwanda, including Christian Life Assembly (CLA), Evangelical Restoration Church, Zion Temple Celebration Centre and others have put in place cashless ways through which people can continue to give but it is the announcement of the Assembly of Pentecostal Churches in Rwanda (ADEPR) that has been met by mix reactions on social media.

The Minister of State for Foreign Affairs in charge of East African Community Amb. Olivier Nduhungirehe and State Minister in the Ministry of Youth and Culture, Edouard Bamporiki were the first to weigh in, criticizing ADEPR for being insensitive at this time by asking people to tithe and give offering yet some don’t know if they will be able to eat over the next two weeks.

“Our dear Shepherd ADEPR, in these difficult times of COVID-19, it is better to think about ways of providing food for your followers rather than depending on them because they are in a more vulnerable position than the church is,”
“Kindly find ways of supporting them where possible, especially the most vulnerable members of our church.

We have been giving for many years. Time to dip into the coffers,” Bamporiki said responding to an ADEPR brief directing believers on how to give.

Bamporiki’s Tweet attracted more than 390 responses of people who mainly criticized the church for what they said was lack of a human connection to its members.

Minister Nduhungirehe reiterated Bamporiki’s position, pointing out that the church should be helping at this time rather than focus on urging people to give.

“At this time when the world is battling the COVID-19 pandemic, religious institutions shouldn’t be looking to profit from their followers by asking for tithe. They should rather be looking for ways to support them,” Amb. Nduhungirehe said, attracting a barrage of comments.

The debate was triggered by a letter signed by Rev. Ephrem Karuranga, the Spokesperson of ADEPR, announcing new ways of collecting tithe and offerings including sending money on MTN Mobile Money and Airtel money as well as bank account through which the offering and tithe can be deposited.

The letter was addressed to all member churches of ADEPR, urging them to consider using the 3 methods, which also include ‘depositing the money with the deacon’s box’.

“I have written this letter to inform you that the government has put preventative measures of COVID-2019 including stopping prayers and religious gatherings. In a bid to adhere to these measures aimed at stopping the spread of New Coronavirus, we have come up with 3 ways through which we will continue to collect tithe and offertories,”

“These include the use of the deacon’s box at the church where people deposit tithe and offertory, depositing the money in the account of the parish and using mobile money or Airtel money, with each church communicating the number the parish uses to the Christians,” the statement reads in part.

The letter has been met with animosity, with many criticizing ADEPR for focusing on collecting money rather than the plight of its followers.

Dr Usta Kayitesi, the Chief Executive Officer (CEO) Rwanda Governance Board (RGB), the government charged with regulating faith-based organisation, said that while the government does not directly regulate tithing and offertory, there is a general feeling that the ADEPR directive disregarded the current situation and lacked the element of human apathy.

“The Government does not regulate how people tithe or give but we do regulate manipulation of people by churches to give in a manner that is against their will or belief. When we learn that people are being duped to give or are ripped off, we come in but normal giving is absolutely a pact between the church and the faithful,”

“What we normally do is ask the churches to give us their action plans because ultimately people give towards a cause. If people tithe and give from their hearts, the church has to show what it does with the money it gets. That is an area we regulate,” Dr Kayitesi explained.

She said that it is obvious that some people give from their self-conviction and during this period where churches congregate online, some Christians have asked churches to provide online or cashless platforms through which they can continue to give.

“For us we think it is normal because some of these churches have had these methods in place even before the COVID-19 outbreak and only emphasised them now because people asked. However, at this time one would expect the churches not to focus on how much money they can raise,”

“In my view, the ADEPR message lacked the human connection or apathy given the timing. There was nothing to indicate what they intend to use the money for, whether it is to support vulnerable members or go towards activities that support people at this particular time,” Dr Kayitesi told KT Press.

The RGB CEO said that at this particular time, people would expect the church to show humanity rather than focus on making more money from their members, most of whom might not be able to earn a living given the strong measures put in place to avert a possible spread of New Coronavirus.

“We would expect the church to show responsibility and apathy and play its role in supporting the weak in their communities, show love and care instead of looking to get more money from the members who are already in a precarious situation,” she said.

She, however, noted that in some cases, people want to continue giving, even in the situation, but Churches should have the responsibility to show that the money is channelled into things that support the resilience of their community members.

Rwandans continue to observe government restrictions that limit unnecessary movement or gatherings in a bid to stop the spread of the virus. Rwanda has so far registered 19 cases of the virus which has so far killed 15, 485 people and infected 360, 237.