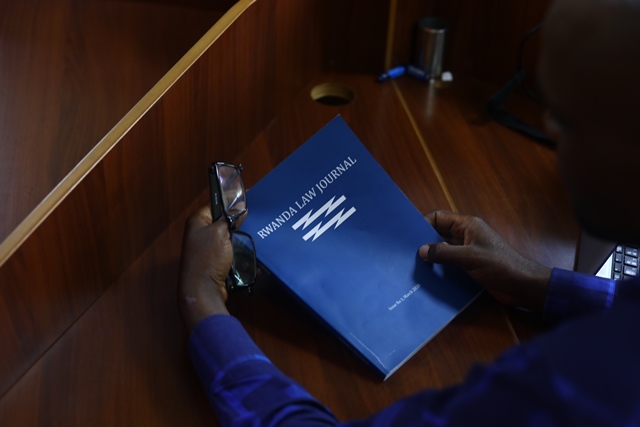 “Everything is an emergency” the Rwanda Patriotic Front (RPF) leadership would inform anyone who wondered at the unrelenting work rate throughout the 1990s. It is difficult to pick out anyone particular sector as where the greatest effort was expended, as everything was indeed an emergency. But, as much as anywhere else, the justice sector was a particular focus of the reconstruction and reform that was so urgently needed everywhere.

It is virtually impossible to overstate the depth of the challenge faced by the RPF. Pre 1994 judicial system in Rwanda was barely worth the name. Barely functional, it was in any case an enthusiastic servant of the genocidal establishment. It would be fair to say that with the defeat of the genocidal government and its forces, there was no justice system worthy of the description.

Despite almost unceasing criticism from Rwanda’s detractors, including human rights organisations, with Human Rights Watch (HRW), feverishly leading the anti Rwanda campaign, today, the country boasts a justice system that is steadily emerging as the envy of the region, if not the continent.

Law Journals or Reviews are an essential part of any legal landscape. They are forums for legal argument, analysis, which can sometimes lead to changes in law. At the launch of the Rwanda Law Review, speaker after speaker, pointed to the enormous amount of work done in reforming Rwanda’s justice system since 1994, work which would have been informed, and profited from the existence of a Law Journal.

“It is of great importance” said Minister of Justice and Attorney-General, Johnson Busingye, “the law hinges on experience, research, publication of that research, analysis, bringing that accumulated knowledge together in journals, and these journals will inform stakeholders at different levels, people who work in the law to deliver justice, people reading the laws to reform them…It’s hugely important.”

“From 1994” he continued, “we haven’t had this journal, but we have been doing things. We have been establishing institutions, we have been establishing the law, we’ve been delivering justice to citizens, we’ve training in law schools across the country…With the benefit of an increasing number of professionals, from (law) Professors at Universities, leaders at different levels…now is time to tap into the knowledge they have together in these journals…so people can read and get better informed.” 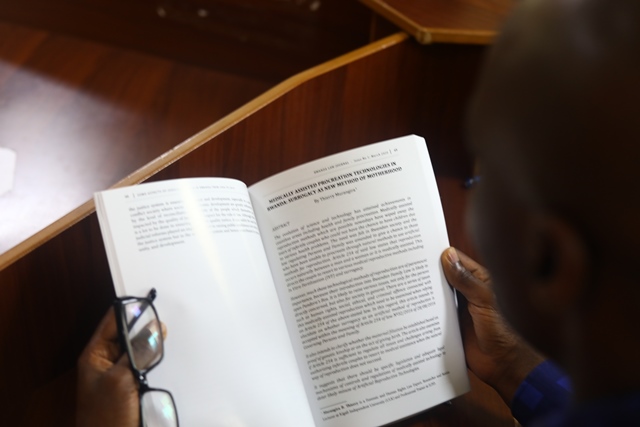 Minister Busingye is also a member of the journal’s Advisory board, which reads like a who’s who of the top of Rwanda’s legal establishment.

The creation of the journal was led by the Institute of Legal Practice and Development (IPLD), with support from the USAID.

For the Institute’s Rector, Dr Didas Kayihura, the establishment of the journal was long overdue, bearing in mind that fostering research is an important part of the Institute’s mission. He did however point out several extenuating circumstances.

“Twelve years back in 2008” he said in his opening statement “when the IPLD started its operations, our primary preoccupation was how first, to deal with the backlog of those practitioners that were already in practice and yet, had not been able to get the professional training for their respective practices (judges, prosecutors and advocates), as the law required and so, the institute embarked on that and, through its diploma in legal practice…hundreds and now, thousands of them, have been trained.”

And now that Rwanda has its a Law Journal, much is expected of the legal established to make up for lost time.

“Rwanda has a lot to share with outsiders about how she dealt with post-genocide transitional justice, undertook legal reforms and built legal institutions that today serve as the foundation of a country praised as one of the most stable, least corrupt, and a great hub for foreign investment” said Professor Jean-Marie Kamatali, a member of the advisory board, who currently teaches in America.

Until the establishment Rwanda’s own Law Journal, Rwandan legal researchers, students, had little recourse than to publish their articles in foreign journals. With their own journal now a reality, the gauntlet was firmly thrown at their feet by the journal’s editors.