Rwanda Set to Treat all Hepatitis C Patients by 2021 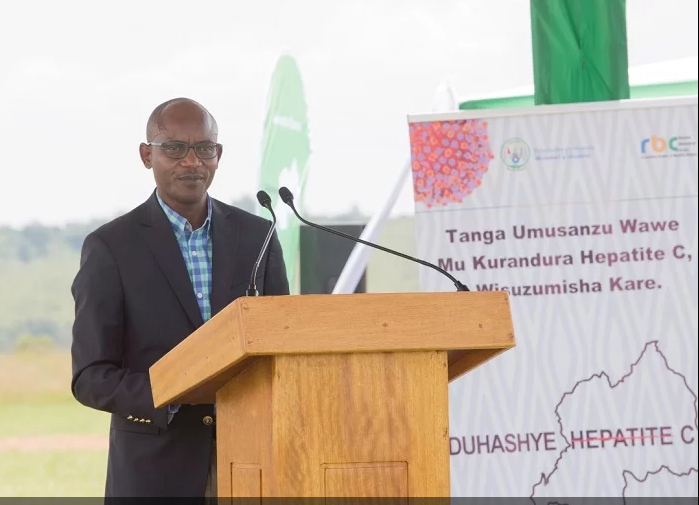 No Rwandan with hepatitis C will fail to get treatment by the year 2021, Lt Col. Dr. Tharcisse Mpunga the newly appointed State Minister in the ministry of health announced as part of his priorities.

Dr. Mpunga was appointed and sworn in as replacement for Dr Patrick Ndimubanzi who was dropped in the recent cabinet reshuffle.

Mpunga enters the ministry of health after a wide broom sweeping the health sector floors, due to gross administrative errors by top ministerial officials including the former Minister Dr. Diane Gashumba.

According to the ministry figures, at least 4% of the estimated 12million Rwandans are living with hepatitis C, a highly noncommunicable disease that has claimed lives as a result of liver failure.

Hepatitis spreads through contact with infected blood and certain other bodily fluids.

Globally, hepatitis B and C lead to chronic disease in about 500 million people. Together, they are the most common causes of liver cirrhosis and cancer.

“Government’s plan from 2019 to 2021 is to ensure that all Rwandans with hepatitis C who don’t have access to medication, will be able to get treatment and cure of the disease,” Mpunga told citizens during a public address after Umuganda.

While hepatitis B is never treated but can be vaccinated, health officials say that hepatitis C can be treated ‘but at an expensive’ cost at about Rwf65million ($78000).

These efforts were also boosted last year, when Indian government donated Hepatitis B and C drugs worth over $1.5 million (approximately Rwf1.4 billion) to Rwanda.

As a result at least 2 million citizens getting examined, out of the 4 million Rwandans with symptoms of hepatitis C and at least 20,000 patients are on treatment of the targeted 110, 000 patients.

According to Rwanda Biomedical Center (RBC), the eastern province has the largest cases of hepatitis, and Gatsibo district coming on top list countrywide with 90,806 examined cases of which 2,544 were found positive.

Government has set aside a budget of $43million for examination and treatment of hepatitis C. However, local government minister, Prof. Anastase Shyaka, believes that this disease should be fought back to back with everyone’s efforts.

If Rwanda is to meet this ambition of eliminating hepatitis despite challenges of costly treatment and the free medical examination that comes with it, Shyaka said that each administrative level should set a performance target of examining all its community members.

A Farewell to Prince Charles Kwizera, A short Life that Will Be Long Cherished