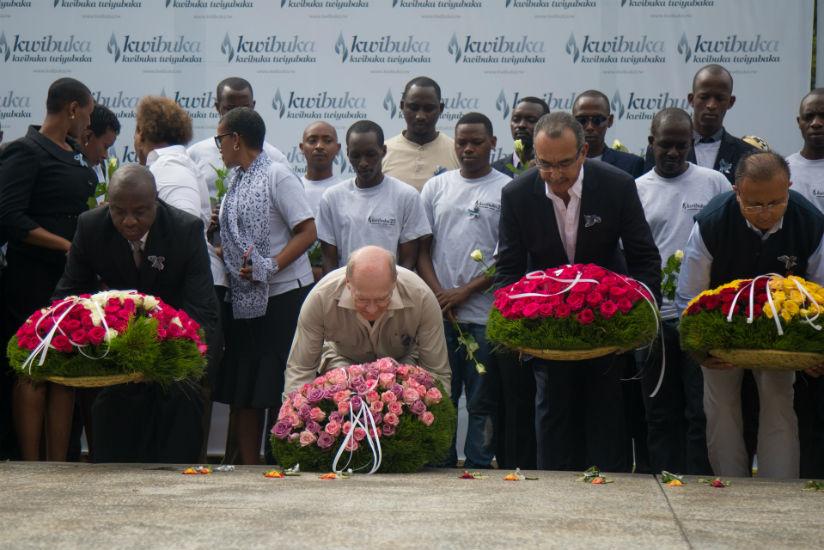 It’s probably the first time in the last 25 years that an incident happens to suspend visits to Genocide memorials where the victims of the 1994 Genocide against Tutsi lay to rest.

On Wednesday, a statement from the national commission for the fight against Genocide(CNLG) suspended the visits of Genocide memorials in groups.

Dr Jean Damascene Bizimana, the Executive Secretary of the commission said in the communiqué, that it is in line with the measures of government of Rwanda to prevent the spread of coronavirus – Covid-19.

“As usual, a visit by a single person is authorised to the Genocide memorial sites and with respect for preventive measures,” part of the communiqué reads.

“A visitor who will not comply with reguations will not be received.”

The week concludes on April 13, but commemoration proceeds and concludes on July 4, the date where Rwanda Patriotic Front(RPF) Inkotanyi stopped the genocide after winning the battle against the Genocidal government.

The three month commemoration period include several events of remembrance that bring together the mass to pay respect to their own. They are events that the community respects a lot.

However, with the spread of covid-19, it is not yet clear how the commemoration will look like at a time when the gathering is prohibited as a measure of safety.

CNLG wrote it will keep watching and will give further instruction at appropriate time.