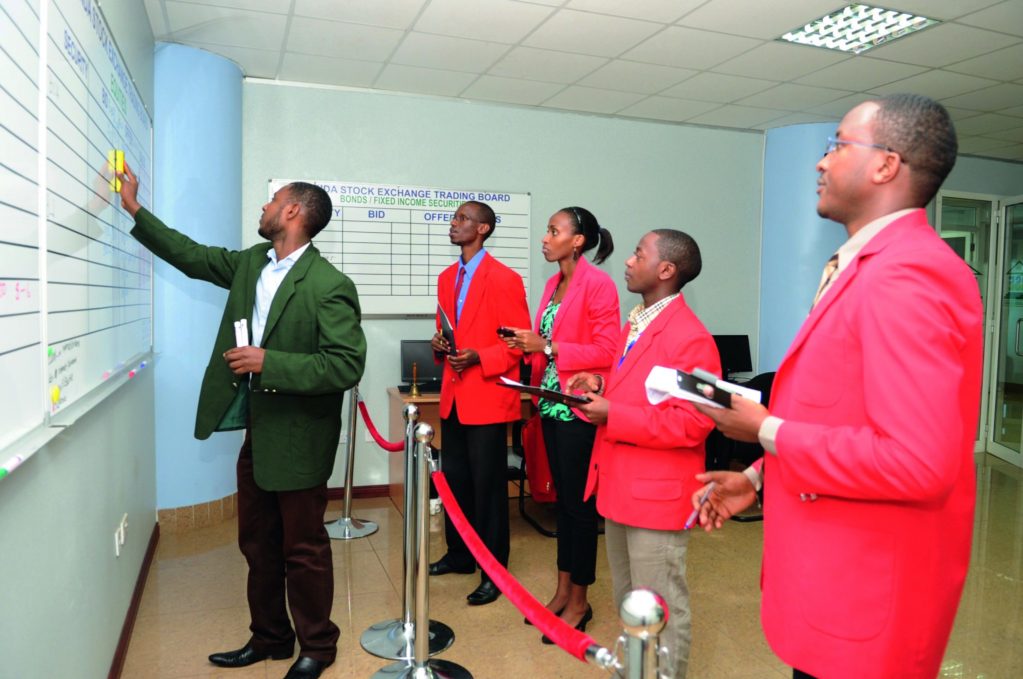 In the wake of the covid19 outbreak, Rwanda Stock market index (RSI) and shares index (ALSI) have remained constant despite the country recording eight cases since March 14, 2020.

Before the first case was reported, the trading week closed on Friday 13th March, 2020 with trading session recording a total of Rwf13, 577,600 worth of bond traded in 5 deals, with no transactions over the weekend.

Even with 8 cases of covid19, the local bourse didn’t feel the shock on Monday March 17, 2020 as trading session recorded a total of Rwf445,079,050 worth of bond traded in 4 deals and Rwf637,000 from 9,100 shares traded in 1 deal from crystal telecoms (CTL)- that owns one of Rwanda’s telecommunications companies-MTN Rwanda.

Due to speculations, other global stock markets show that stock have continued to drop as investors keep pulling out and selling their shares to remain with hard cash in their hands pending the stability of the global economy.

“Our stock market will remain stable because it is not determined by broker price speculations, instead by the physical reality on ground such as the market prices,” said Celestin Rwabukumba, the CEO of Rwanda Stock Exchange.

Rwabukumba said that as long as business is continuing normally, Rwanda’s young and growing stock market will not be affected by this coronavirus spread alert of which government has limited citizen movements and opted for digital forms of doing business such as cashless transactions.

“As you can already see the local listed companies like banks, telecom, and beverage companies are still doing business as usual, with just a few adjustments for safety but people still consuming and spending money which has made the stocks stable as usual,” Rwabukumba added in a phone interview today.

To ping his point, Rwabukumba revealed that even before the first quarter stock report is released, the first three months have witnessed a growth in all shares index by 10.5% and slight drop in stock index by 1.15%.
For Rwabukumba, this is not bad considering market size.

“What is more important is that the all shares index has grown despite the individual share index dropping, but we expect a better performance since we have more investor appetite for bonds in the market,” he explained.