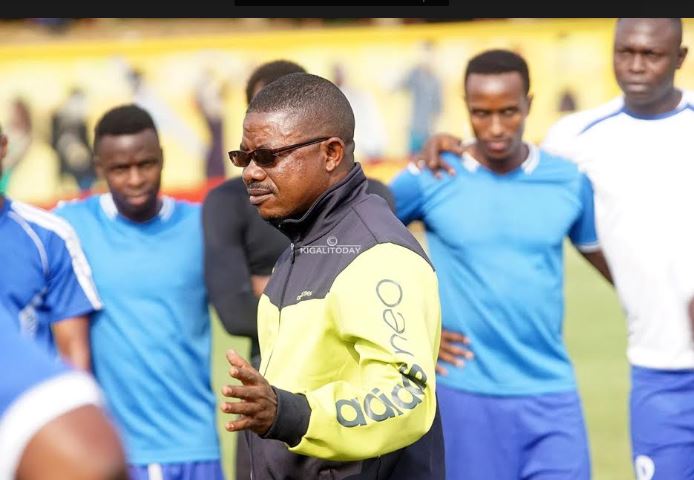 The football community is mourning the death of former Rayon Sports midfielder and assistant coach Jeannot Witakenge who passed away on Friday following a battle with stomach cancer.

Witakenge died in Hôpital Général de Bukavu where he had been in hospice since April 11, 2020. He was aged 40.

The news of his death was confirmed by his friend and former teammate Mbusa Kombi Billy.

“Jeannot passed away last night at around 8:00 pm.He has been suffering from stomach cancer. I’m devastated by his death, I can’t believe he is gone. He was like a brother to me,” Mbusa told KT Press.

The Congolese player moved to Rayon Sports in 1995. It understood that the talented midfielder had been courted by APR FC but he was, at the very last minute, hijacked by rivals Rayon Sports with the help of their coach Raul Shungu.

Considered as one of the best players during his time in Rwanda, Witakenge helped Rayon Sports win different trophies including the 1998 CECAFA Cup.

After seven years with Rayon Sports, Witakenge finally moved to APR and spent some time with the club before heading back to DRC to play for Saint Eloi Lupopo.

He returned to Rwanda in 2006 for a second short spell with APR FC before his retirement in 2008.

In 2017, Witakenge rejoined Rayon Sports spending one season as an assistant coach.

They Are Back! Group of Mountain Gorillas that Had Crossed to Uganda Returns