It was not very clear what life would look like in the family of Odette Mukashyaka, a mother of seven, after Covid-19 lockdown was extended by 15 days, until April 19 because her stock was already emptying.

A casual laborer, Mukashyaka woke up on an interesting message early this week when local leaders in her Rudashya Cell, Ndera sector informed her that she was registered amongst beneficiaries of a good Samaritan’s support.

Hope Haven Rwanda, a primary school in her village had been shopping, to cater for those Rwandans who only afford a meal when they go out for a casual labor every morning.

Such a category of people are in difficulties to earn a living due to COVID-19 lockdown which was decided by the government in order to control the spread of the severe pandemic which has killed dozens of thousands elsewhere in the world while Rwanda has 102 positive cases.

The government is coming in support to such families that otherwise, would not be dependant, were they able to go out. 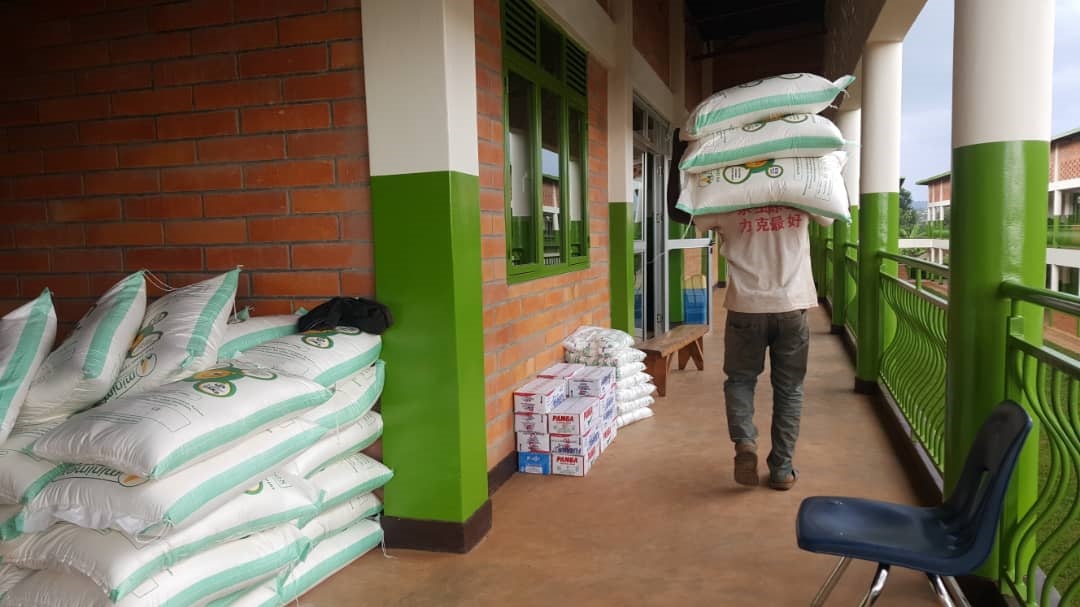 However, Rwandans from all works of live; institutions and individuals, business people, churches and non-profit making organizations have all joined hands with the government to support with food which is the most needed.

Hope Haven Rwanda normally supports education of children born to poor families while allowing them to study for free and giving their parents jobs at the school.

“I am thankful to this school for having accepted to work with God to give us food that will allow us to push this quarantine. We hear that in the United States of America, home of the school’s founder, coronavirus is even much severe but the school has sympathized with us. Thank you,” said thankfully Mukashyaka.

A representative of the school Priscillah Kembabazi who is Director of Family affairs said: ” We couldn’t wait. We worked with the government to achieve this because these are our neighbors.” 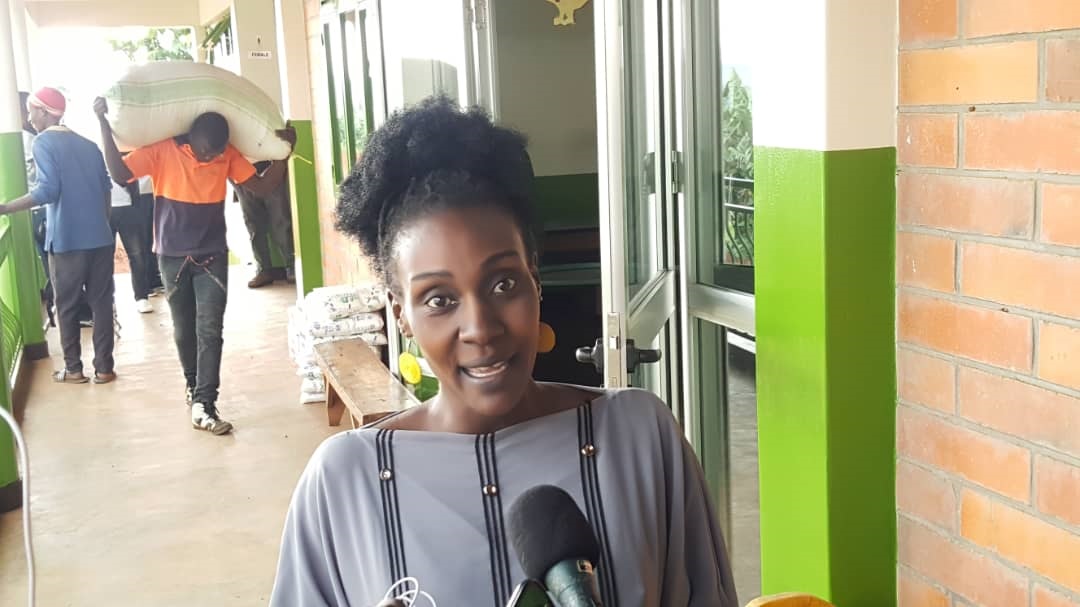 Kembabazi said that it was only the beginning because more will be provided as means allow.

Several other people on individual basis or organisations and companies embraced this gesture, joining local government which distributes the food using the lists that were made by grassroots officials.

Volcano Express, a public transport company that started in Huye – Kigali road a dozen of years ago focused on their now widened itinerary.

Olivier Nzeyimana, the boss of Volcano Express told Kigali Today’s journalist, that the company dedicated one tone of Maize flour and rice to either of ten districts including Nyarugenge, Muhanga, Ruhango, Nyanza, Huye, Gisagara, Nyamagabe,Nyaruguru, Rusizi and Rubavu. They were distributed on April 1.

“Neither for us, it is not easy during this period where our business was halted, but we are people of a compassionate heart. We have to do something for the neediest,” Nzeyimana said.

Also concerned by their compatriots who may not be able to put food on the table are transporters of goods in Rubavu district. 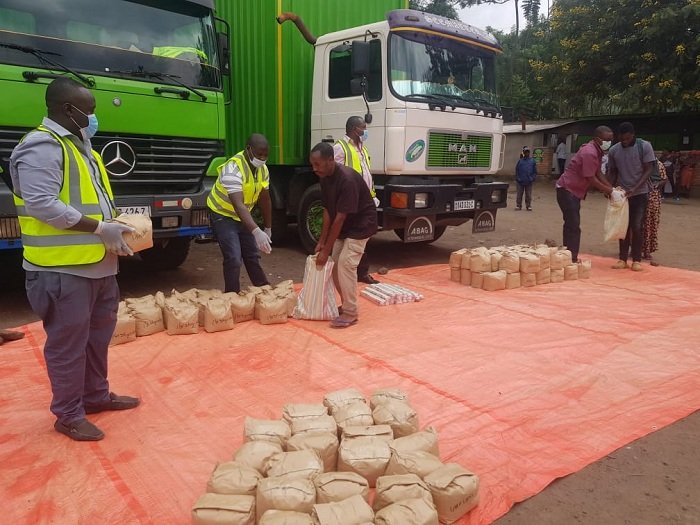 Support in food and hygienic needs for 30 families was what they could afford, but this was already a valuable contribution within a total of 244 families that were supported by government and partners in Rubavu border city.

“A big number of these people can only eat when they cross to Goma for work which is impossible nowadays. We have brought this humble contribution and we hope, it will help to some extent,” said Gilbert Muvunyi, the President of the Rubavu Transporters’ Association in an interview with Kigali Today correspondent in Rubavu.

Supports cut across. Even village communities come together to support their neighbors.

Churches are also part of this move. Evangelical Restoration Church Masoro supported 96 families in their neighborhood, and officials in the church said that other parishes are preparing their contributions for the coming days.

The government is leading this national wide exercise and Minister of local government Prof Anastase Shyaka said on Sunday, that he is thankful for the good conduct of it so far. He said 98% went well.

More pledges are being registered here and there, and the government promised, that none will starve during the lockdown.