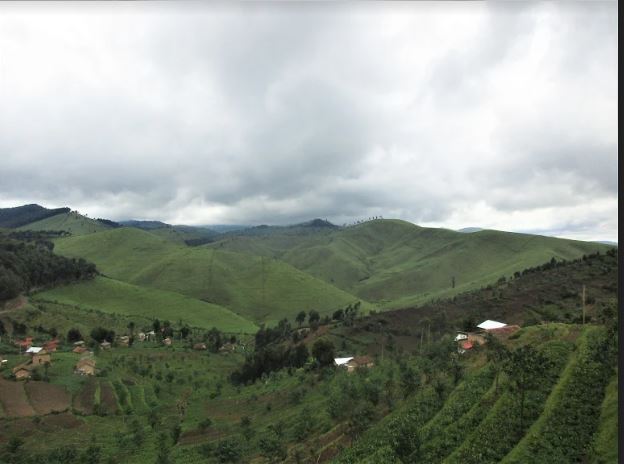 Some of the projects that intend to fight against erosion in Sebeya catchment include terracing Conservation works on the Sebeya landscape restoration and Integrated Water resources management project have resumed along the banks of Sebeya River bringing hope to communities as April rainy season intensifies.

A partnership between government of Rwanda and collaboration with International Union for Conservation of Nature (IUCN) and Netherlands Development Organization (SNV). the 3-year Sebeya conservation project worth Rwf22 billion was launched in September last year.

The project was aimed at restoring landscape in the upper Sebeya River to improve livelihoods and protect natural resources in a catchment area of 286 square kilometers spanning through districts of Rutsiro, Ngororero, Nyabihu and Rubavu.

However, due to coronavirus pandemic, the project was put on hold, barely six months into implementation.

The project, implemented by Rwanda Water Resources Board (RWB) was one of the 21key development projects that were recently cleared by government to resume works under COVID-19 Lockdown, as a move to minimize damage if not finished on due time. 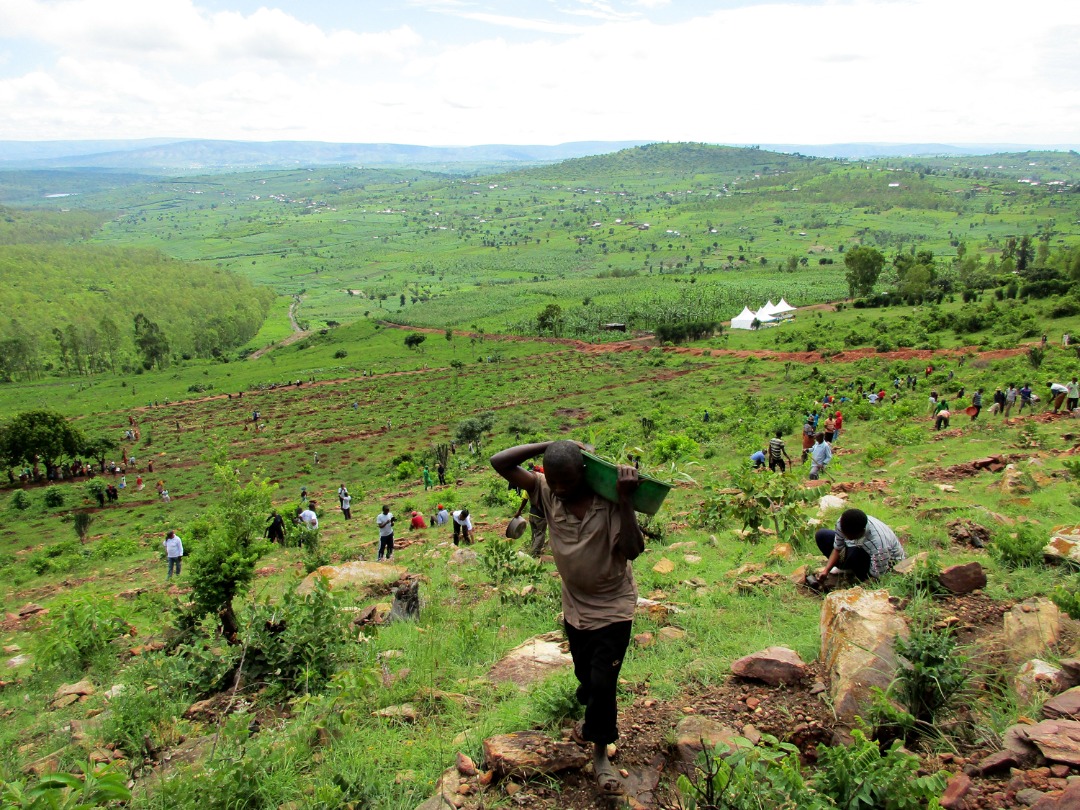 “The planned activities under this project are meant to sustainably resolve problems that affect residents. We will provide guidance and technical assistance where necessary,” said Ngabonziza.

Hakizimana Frederic, Programme Officer at Embedding Integrated Water Resources Management (EIWRM) at IUCN explained that participatory village and micro-catchment-based approaches to planning and action is at the heart of the project to ensure real community ownership and project sustainability.

Hakizimana said that through the Village Land Use Action Plans (VLUAPs) developed by local communities in four districts where the project is operating, are now being implemented using a community-centered approach through a memorandum signed between the districts and Rwanda Water Board (RWB) in March 2020.

The five sites are in Yungwe, Nyanshundura and Bambiro in Kanama Sector and Murambi and Byiniro in Nyundo sector and expected to employ at least 500 laborers per day.

Residents says that for the past twenty years, hundreds of people have been displaced and communities massively overwhelmed by Sebeya River floods, a result of poor agriculture practices, deforestation and unsustainable mining practices upstream to name a few.

This Wednesday, Sebeya River flooded again as a result of heavy rains that poured from Ngororero district. They devastated a big part of the western, northern, and southern regions.

Countrywide, the rain was followed by flooding that left 12 dead and 18 injured. It also causes other damages on 32 houses, one road and dozens of hectares, according to Minister of Emergency Management, Marie Solange Kayisire.

Minister Kayisire said that her office is working with local leaders to assit affected families.

Some of the residents affected by Sebeya floods expressed new hope as environmental protection activities resume.
Boniface Bizimana, a resident of Kanama Sector, Rubavu district witnessed two of his houses completely washed away in 2015 by Sebeya River.

“The river continues to cause damages taking away our crops such as maize, beans and potatoes while carrying our fertile land. We are looking forward to seeing this scenario halted, ” Bizimana said.

The Sebeya river banks in Western Rwanda covers over 110 kilometers with a catchment area of 286 square kilometers spanning through districts of Rutsiro, Ngororero, Nyabihu and Rubavu.