40 Arrested over Violation of Covid-19 Lockdown 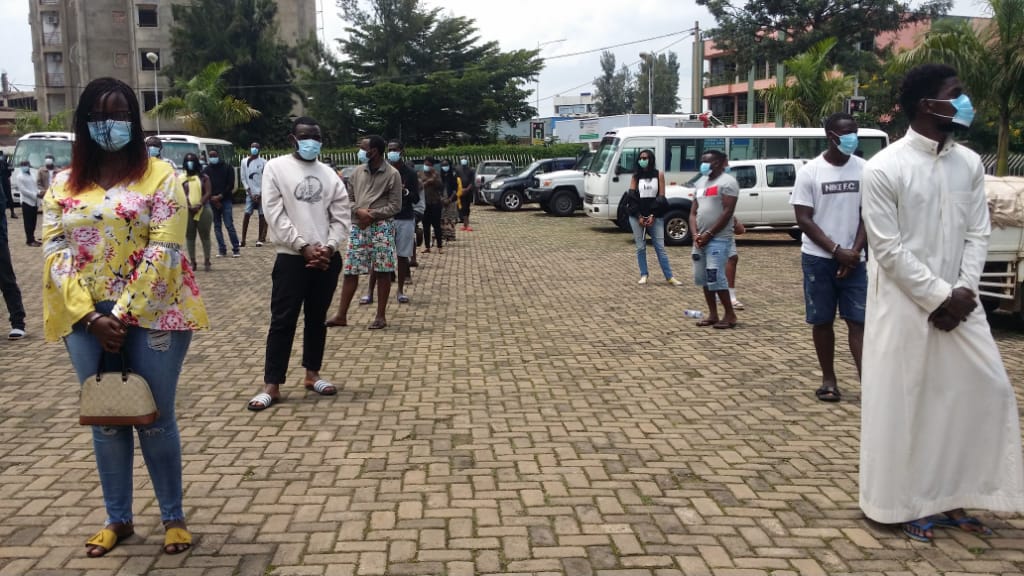 Rwanda National Police (RNP) has arrested 40 people for violating the government directives meant to prevent the spread of Coronavirus (COVID-19).

The detainees were arrested this week in Kicukiro and Gasabo district in Kigali.

Since the announcement of restrictions intended to stop spreading of COVID-19 by the Prime Minister, Police asked the public to observe the directives, but some people have not fully complied.

“They were arrested for putting their lives and other people’s lives at risk of COVID-19 infection. We asked people to obey the directives by ovoiding innecessary movement and staying at home, and move whenever necessary, but compliance is still problematic, mpliance,” The RNP Spokesperson , CP John Bosco Kabera said on Thursday.

“Some people are not patient. They have continued to drink alcohol in bars and to visit friends which is prohibited.”

Police officers, said Kabera, were even shocked to see people drinking aboard the cars as they travel.

“Others have turned homes into bars where they can gather and drink. Anyone involved in such practices should stand warned; we shall not tolarate any violation of government instructions intended to prevent the spread of Covid-19,” CP Kabera said.

Rwanda Police paraded the suspects on Thursday in Kigali where Annette Mukasibomana one of the 42 said; “I was arrested with my boyfriend and two friends who had come to check on me as I came from the hospital to see the doctor.

Visiting in itself is prohibited, but I went the extra mile and brought them beer from home.”

She thus said: ” I regret this mistake and humbly apologize.”

For Eric Ndicunguye, a taxi cab driver, he was arrested while having on board four men who were traveling while drinking beer.

“I was hired to drive them from Kicukiro near Saint Joseph with their crate of beer. When we reached their destination at Remera Giporoso, they started fighting because they were drunk. Police officers arrested us,” confessed Ndicunguye.

RNP, together with the Ministry of health consistently requests the general public to report acts of lockdown violation.

“The public should continue sharing information of these people who are not observing the lockdown instructions. We shall arrest them day and night,” Kabera said.

The number of COVID-19 cases in Rwanda stands at 154 according to April 23 update. The total number of recoveries stands at 87 and the active cases, 67.