Back: Prof. Nshuti Manasseh Returns as Minister of State In MINAFFET 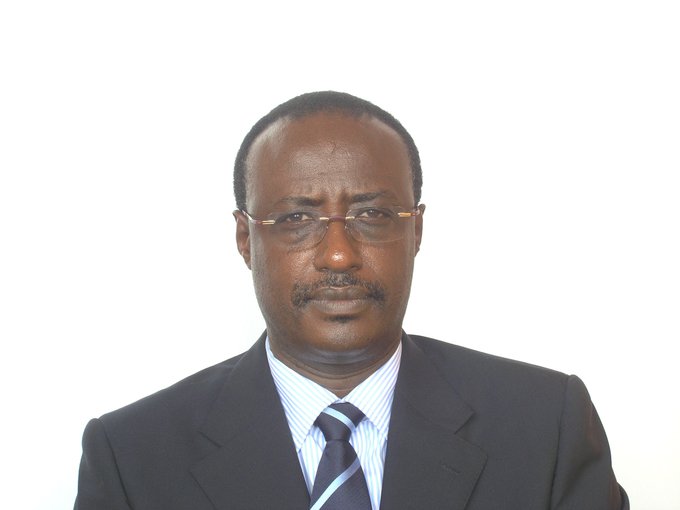 Seasoned academic and politician Professor Nshuti Manasseh has bounced back in cabinet after over 12 years after he was dropped, replacing Amb. Olivier Nduhungirehe at the Ministry of Foreign Affairs as State Minister in charge of the East African Community.

A statement issued by the Prime Minister Dr. Edouard Ngirente on Thursday indicated that President Paul Kagame, using the powers vested in him by the Constitution appointed, Prof. Nshuti to the position which has been vacant since the beginning of April after Nduhungirehe was dropped.

Professor Nshuti has previously occupied a number of dockets including as Minister of Commerce, Industry, Cooperatives and Tourism, Finance and Economic Planning and later, Public Service and Labour until March 2008.

He is the founder of University of Kigali, one of the leading private universities in Rwanda. Professor Nshuti Manasseh is a Professor of Finance.

He has been an academic for more than two decades, not only as a lecturer but also an administrator, having taught in Strathmore University, Nairobi, Kenya for 14 years. He also taught at the Catholic University of East-Africa, Nairobi, Kenya, where he was a Dean of Faculty of Commerce and later after his PhD, a Deputy Vice Chancellor Academic for 7 years as well as Aberdeen University, UK where he taught for 2 years.

Among other roles, he was the Chairman Board of Promoters assigned to set up Umutara Polytechnic (University) in Eastern Province, Nyagatare District, which is now part of University of Rwanda (UR).

He also served as the Chairman Board of Governors assigned to turn round School of Finance and Banking (SFB), which is also part of UR now, before setting up University of Kigali in 2011.

Prof. Nshuti also served as a Presidential Advisor on economic affairs and trade.