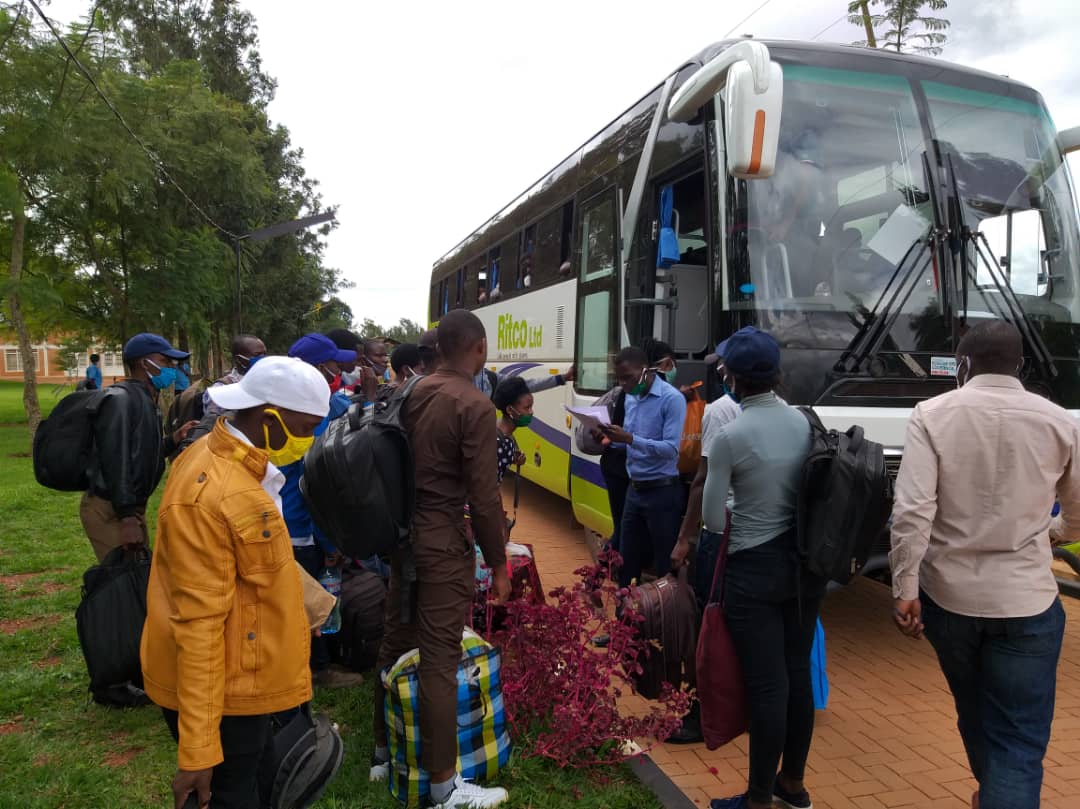 University students who were not able to return home due to country lockdown that suspended movements have been cleared to join their families.

For more than two months, 1510 students from University of Rwanda were not able to leave their campuses of  Busogo , Nyagatare, Rwamagana, Rukara, Huye, among others, due to the COVID-19 lockdown.

When the first case of COVID-19 was confirmed in Rwanda, March 14, the students, like those in Primary schools from across the country were given some two days to go back home, but transport became an issue to an extent that all of them were not able to meet the deadline.

On Monday, they boarded buses to their respective families from Eastern Province to the Western Province, and from Southern province to Northern Province courtesy of the University of Rwanda, the local government in collaboration with the Rwanda National Police.

“The exercise of screening and transporting students at the University of Rwanda ends today in upcountry campuses. All students will be reunited with their families today, apart from students in the city of Kigali who will be transported another day,” Darius Murangwa, University of Rwanda public Relations officer told KT Press.

“We are working with Rwanda National Police to make sure that these students reach home safely.”

Students going to the Eastern Province are 255 while 272 others headed North. 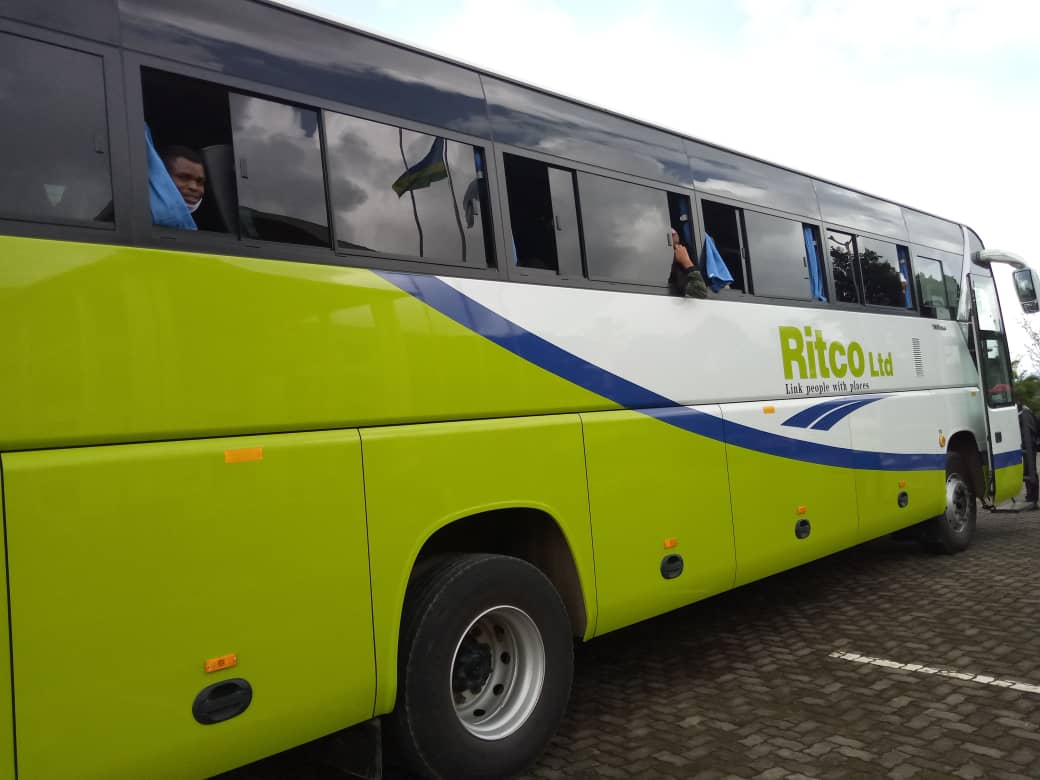 Students reuniting with families from Kigali to the provinces are also being registered. Murangwa said that they have registered 151 students from Remera, Gikondo and Nyarugenge campuses.

Similarly, students from private universities are being registered, by respective districts of Kigali City and will be transported on a later date.

The transport arrangement comes one week after the country relaxed the COVID-19 since April 30.

Businesses reopened and public transport resumed within a province which means that crossing to a different province needed special authorization. 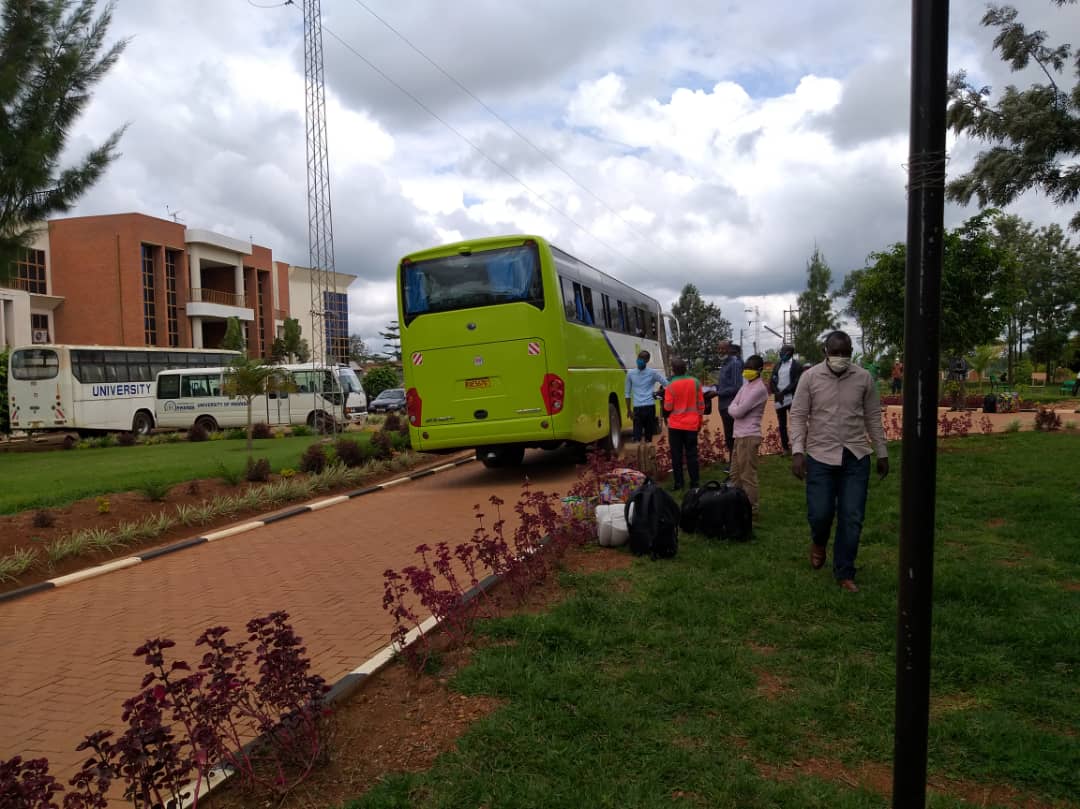