Viateur Rukundo, 32, a resident of Akamuhoza village, Tumba sector in Huye district has not hit the road to ferry passengers on his bicycle ever since the new coronavirus lockdown was mandated in Rwanda since March 21, 2020.

A bicycle, like a motorcycle, is not allowed to carry passengers, contrary to cab and buses even after the government eased the lockdown since the last two weeks.

Not riding did not mean being idle for Rukundo; ever since the lockdown was declared, he started a project of the society and started rehabilitating a road network in his neighborhood. 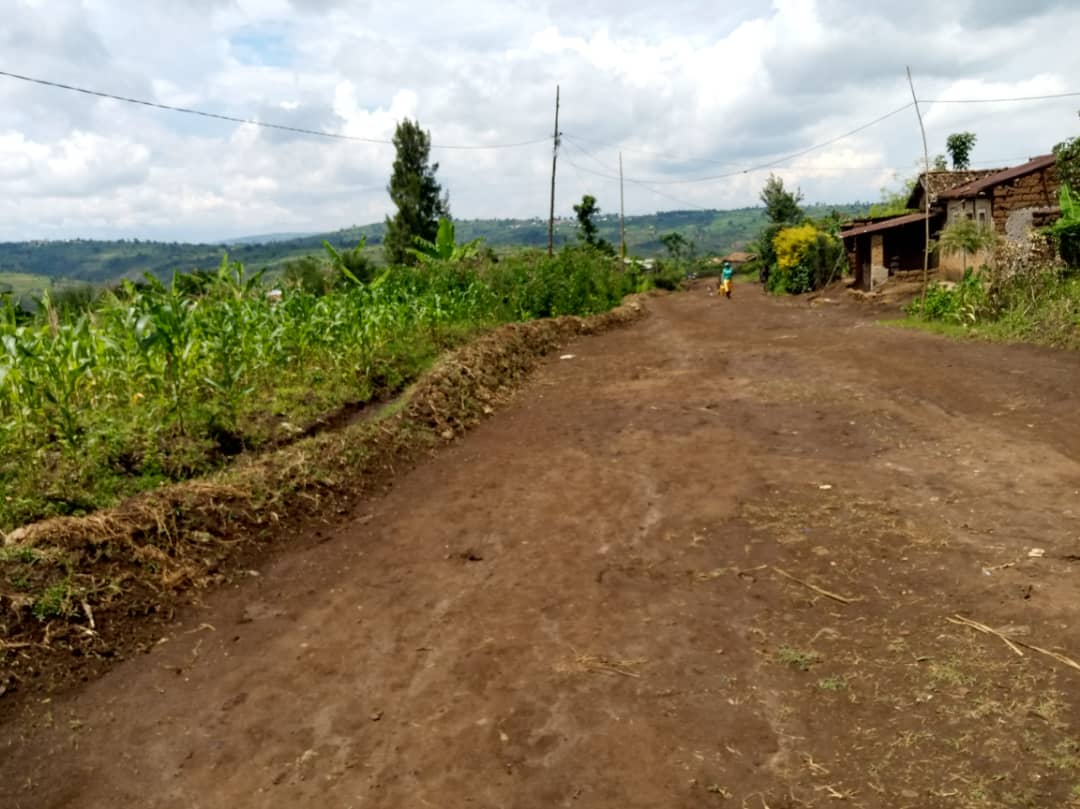 Apart from easing transport, Rukundo had in a mind a genuine purpose of saving the environment and to ensure good health conditions for his community at large.

It all started early April, when Rukundo heard little children who fetch water in the foot of his hill complaining that  the water is really muddy.

“Instead of sitting idle with my energy, I decided to start working on the road trenches to prevent the eroded water from entering the water source,” Rukundo told Kigali Today on Sunday. 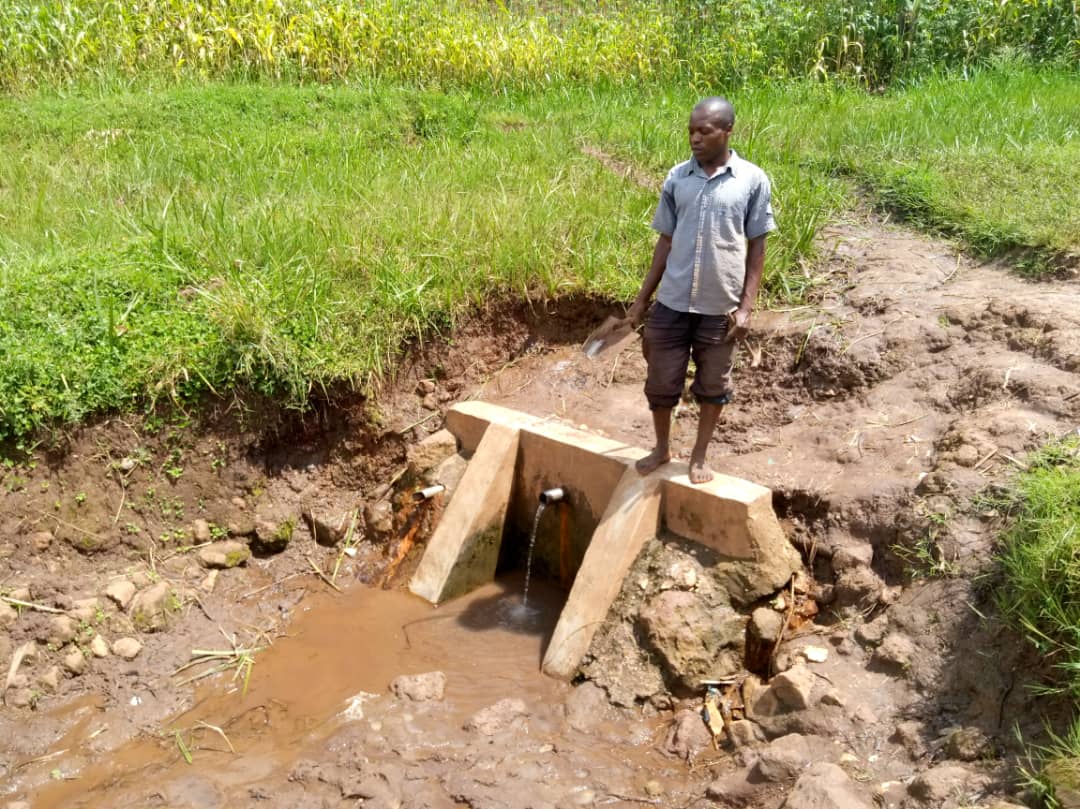 In fact, Rukundo told Kigali Today, our sister website, that since he was a teanager, he carries on all activities to protect this natural pipe-water source which is used by all his neighbors, especially when there is no tap water in their homes. And this requires him to visit the source at least twice a week. 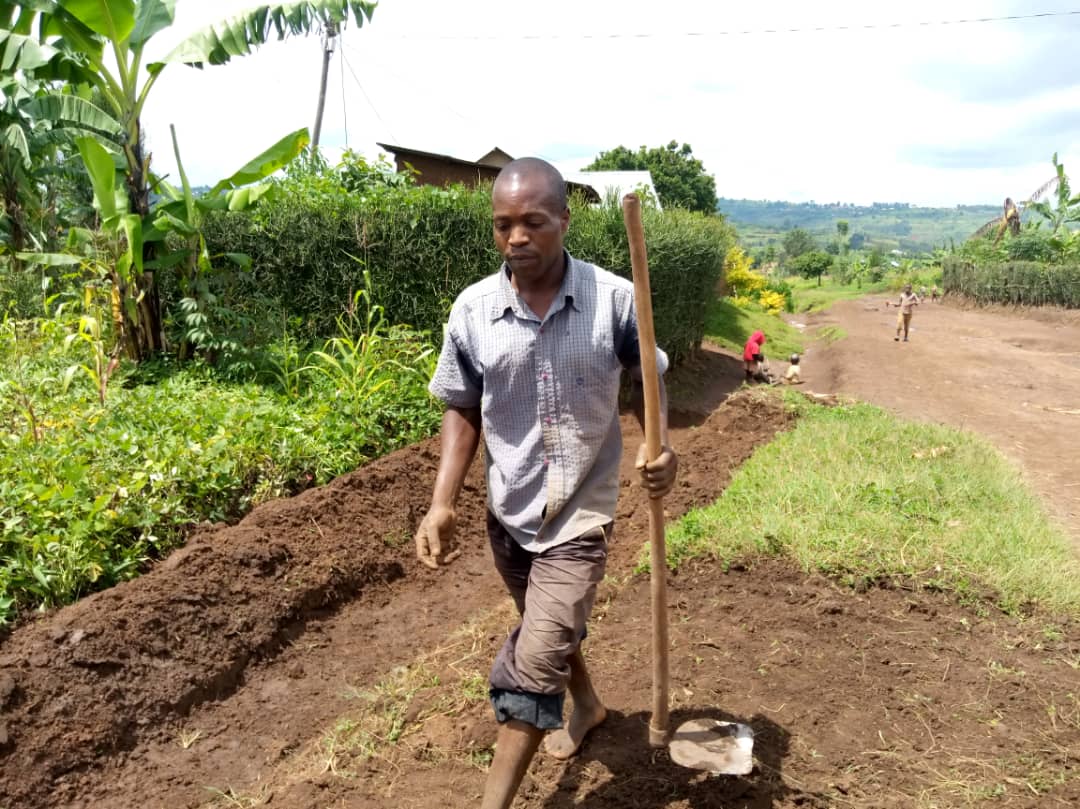 The journalist found Rukundo working on his daily self assigned task to save his community from fetching muddy water and all the health challenges behind it.

Every day from 6am to 3pm, Rukundo is on this road, where he managed to clean gutters on the road trenches covering one kilometers but this has not been easy since passers-by mock him for “wasting his energy and time.”

“I always come with two hoes to encourage other residents to help out but some discourage me and others are not interested. Those who try to help do it once or twice and never come back, ” Rukundo says. 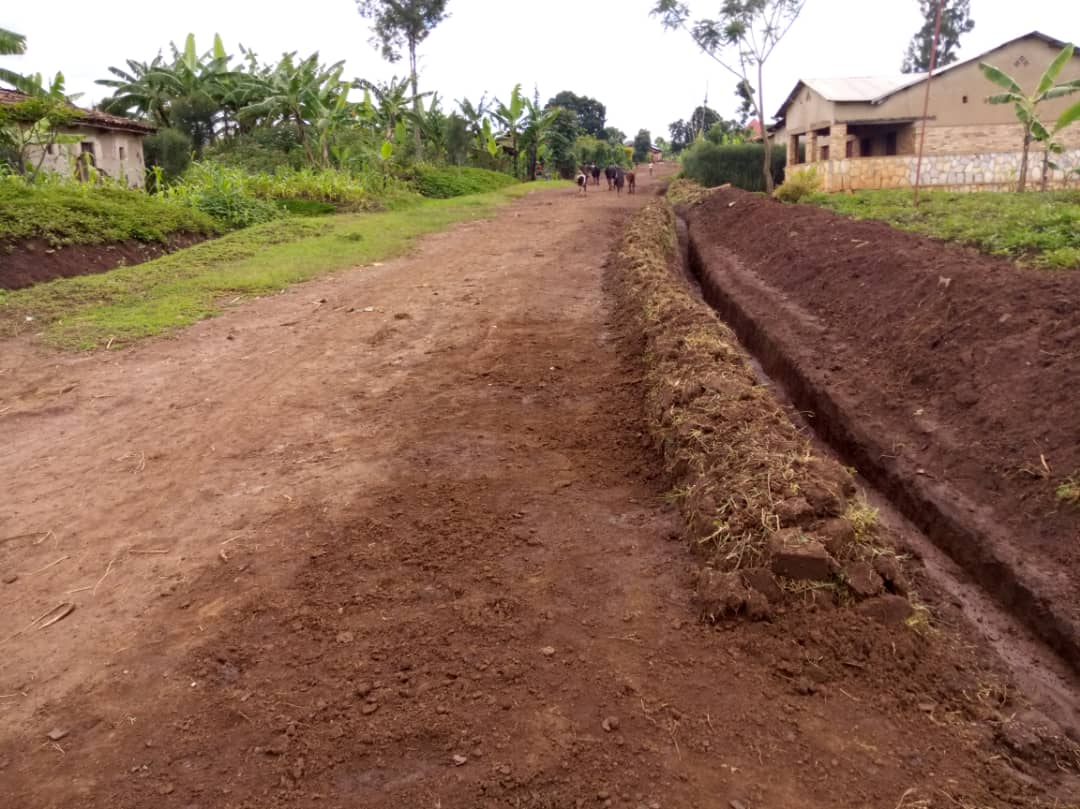 Though some residents tell Rukundo to abandon the project on claims that the district is planning to tarmac the village road, Rukundo is undeterred by the need to protect the water sources in his village.

‘The village children came and told me that my water source is full of mud. I went to spade out all the mud and residents were able to fetch water again,” he narrated.

It’s against this background that Rukundo is now calling for community and local government support to complete his trench clean up on this road and many other feeder roads in the sector, a view which has come with mixed feelings among residents. 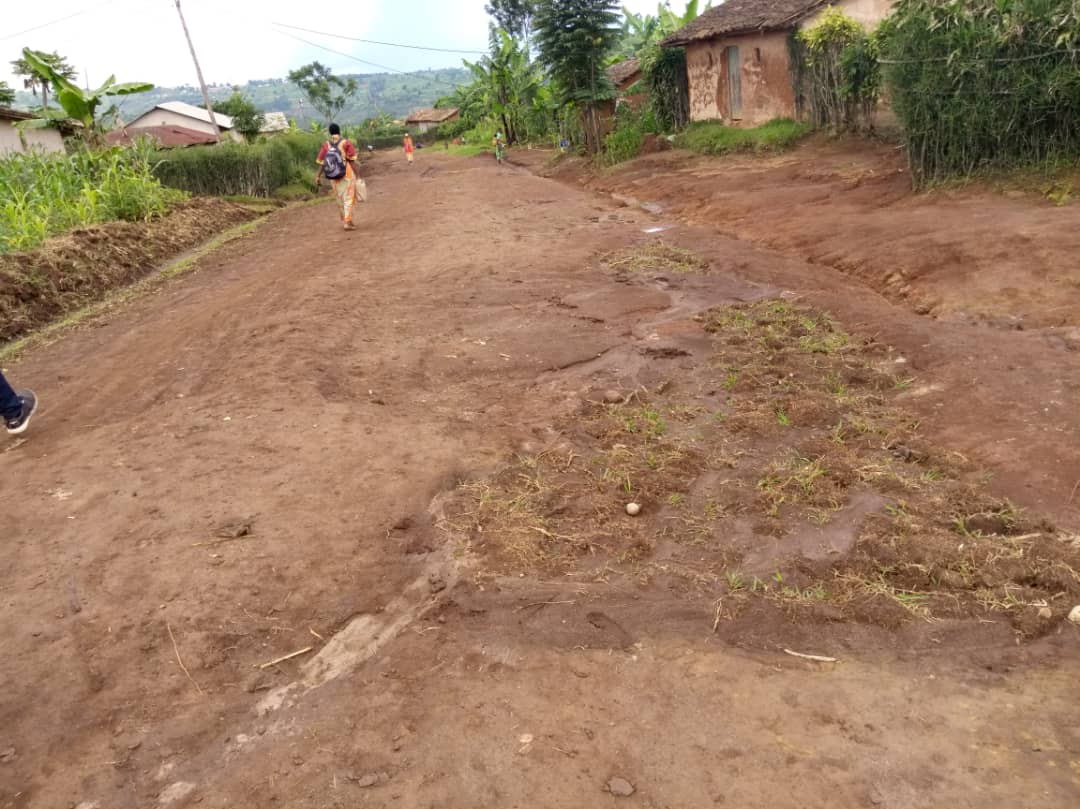 Some of his neighbors think that he is working with the intention of getting rewarded but some others, like Murekatete see a hero in Rukundo and backs his project.

“The work he has done is noble and normally would require paying many to do it. I think he needs to be supported,” Murakatete said.

The Executive Secretary of Tumba sector, Vital Migabo said that Rukundo’s cause is worth supporting and exemplary.

“This is an example to others, instead of the government spending more on the labor needed here, the funds can be saved and used for other purposes,” Migabo said. 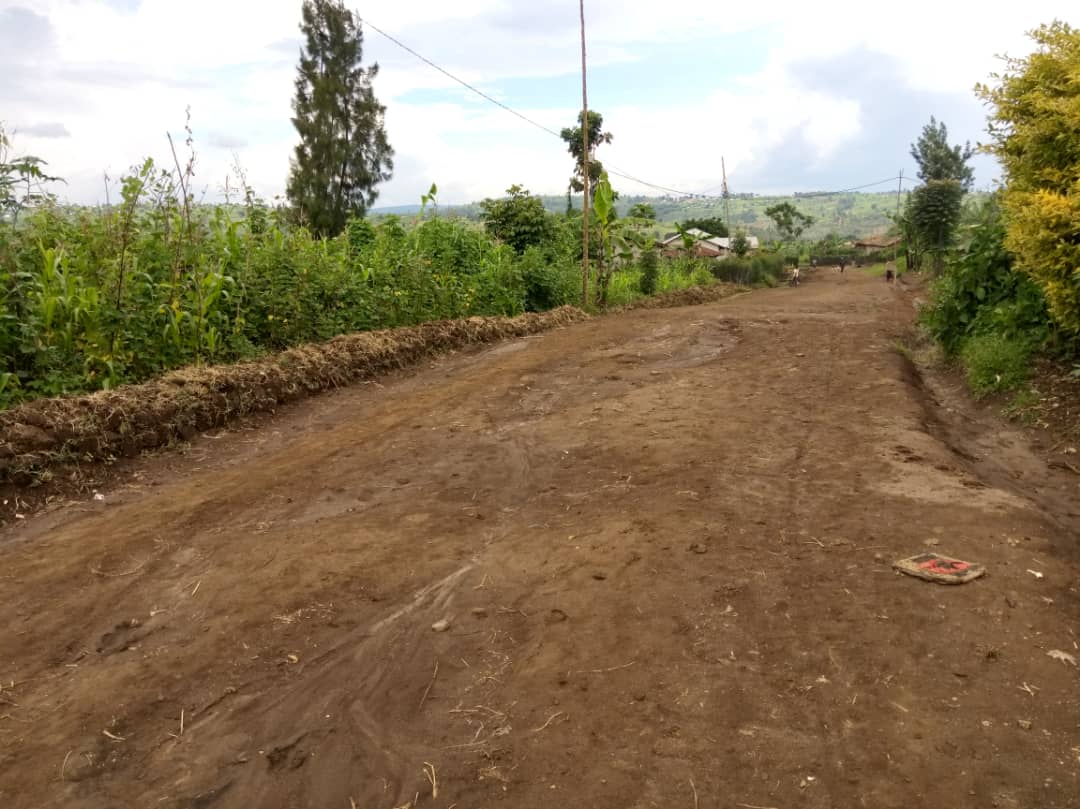 Tumba sector officials said that Rukundo will be given an award in recognition of his commitment to social-economic change in the area especially with his work ethics; working without expecting pay for more than one and half months.

Prior to Rukundo, another citizen to single-handedly do such a community act is 23-year-old Emmanuel Niringiyimana a resident of Murambi sector, Karongi district, who for two years, carried his hoes and shovel to construct a feeder road of about 9km out of the 30km to connect his community to the area Health facility.

His efforts have earned him a seat among world celebrities and a chance to name a baby gorilla during the 2019 Gorilla naming ceremony, Kwita Izina, alongside the likes of British Model Naomi Campbell.