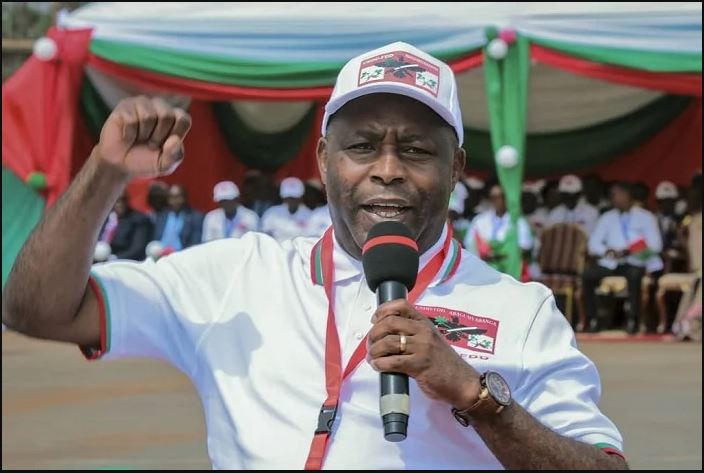 Two days after the Burundian Constitutional Court upheld the May 25 election results to declare Gen. Evariste Ndayishimiye the winner of the May 20 presidential poll, Rwanda has congratulated the new head of state and extended an olive branch to the new leader, a move that is likely to see the two countries move to restore ties.

Relations between the two neighbours have not been at their best since 2015 under the leadership of outgoing President Pierre Nkurunziza after the Burundian government alleged that Rwanda was backing opposition groups that looked to depose the government, allegations Rwanda vehemently dismissed.

Despite the animosity from Burundi, Rwanda has maintained a more withdrawn stance, instead focussing on hosting thousands of Burundian refugees who fled the post-election violence resulting from Nkurunziza move to seek a third term.

On Sunday, the Rwandan Ministry of Foreign Affairs sent a diplomatic note to Bujumbura congratulating Gen Ndayishimiye who has mentioned in interviews that he will work on restoring relations between Burundi and her neighbours as well as ensuring that the East African country gets out of its current international isolation.

“The Government of the Republic of Rwanda would like to extend its congratulations to the new President of the Republic of Burundi, General Major Evariste Ndayishimiye, and seize this opportunity to express its will to work for the improvement of the historical relations which exist between our two brotherly countries,” it adds.

The message was shared on social media by the ruling party CNDD-FDD whose leaders in recent years have been consistently attacking the Rwandan government in public statements.

The court also rejected the first runner-up Agathon Rwasa’s complaints filed to the court, which challenged the provisional results announced on May 25.

During a press conference last month, Rwanda’s Minister of Foreign Affairs Dr Vincent Biruta said that Rwanda had no problem with Burundi but Burundi had continued its stance of not only isolating itself from the region but also working with negative forces keen on destabilizing Rwanda.

He however said that Rwanda was ready to engage with Burundi on resolving the issues between the two countries as soon as Bujumbura shows the will.