Victoire Ingabire, Pulling the Media Strings and Basking In Their Spotlight

The seemingly never-ending saga of Victoire Ingabire, might be an entertaining diversion, were it not for her single-minded pursuit of a mission, which if ever it came to pass, would be so deadly as to plunge Rwanda back into the ideology upon which the Twentieth Century Genocides against Tutsi was founded. That she is aided and abetted by some in the media should come as no surprise. What astonishes is that there are supposedly serious commentators, politicians, and human rights organisations, who constantly blow wind in her sails.

In the last few weeks, Ingabire has been where she most likes to be, in the media spotlight. The Rwanda Investigation Bureau (RIB) to whose offices she must report monthly, since her early release from prison in 2018, on a Presidential pardon, received a tip-off that would lead to a search of her house. She was duly presented with a warrant to search her home. We are yet to learn what the search revealed.

Whatever the outcome of the search, it has already been made to fit into the running narrative, shrewdly managed by Ingabire herself.

She has several NGOs, including Human rights organisations, and of course, journalists on speed dial. With an uncanny ability to feed them precisely what they want to hear, they have for all intents and purposes, unwittingly, become part of her Public Relations team.

After the search of her house, Ingabire was quick to use these channels to inform the world that she was being harassed by the agents of a state to which they like to refer as “autocratic” and which they claim does not allow “political space” for its opponents.

In return for providing them good copy, they maintain her image as a champion of Democracy, and the “most prominent” opponent of the “regime”, regime, being always the preferred description, for any government they seek to delegitimise.

She however withheld the details that led to her house being searched, including the fact that she was only one of a number of individuals being investigated.

The irony is that it is only because they were able to go to a judge armed with damning information obtained during the questioning of one of her supporters, that RIB will have been able to secure a search warrant.

With national frontiers now all but closed in the fight against Covid-19, the man was stopped as he attempted to cross the border, and on questioning was allegedly found to have been on his way to join one of a plethora of armed groups which target Rwanda, from neighboring countries.

That there are terrorist groups targeting Rwanda is beyond doubt. In the last two years or so, a new one emerged, the so-called P5, or Party of Five. According to a report from a UN group of experts, two of the Party of Five, are the Rwanda National Congress (RNC), headed by former Rwandan general, Kayumba Nyamwasa, and FDU-Inkingi, until recently, headed by none other than Victoire Ingabire.

In 2018, after repeat pleading, she was released early on a Presidential pardon, serving eight of a fifteen-year sentence, for crimes ranging from collaborating with armed groups targeting the country, disparaging the genocide against Tutsi, and attempting to saw seeds of communal hatred.

No sooner had she stepped out of the prison gates, than she denied ever asking for clemency. Instead she confidently asserted, her early release had been secured by her and her supporter’s pressure on the Rwanda government.

“They now realise that they can work with us…a sign that there is more political space,” she announced to waiting reporters.

Then as now, she was performing for an audience, to maintain her image as a “political dissident.”

None of the journalists, or “rights groups” seem to have even considered why after her arrest in 2010, followed by a long trial, involving appeals, she was handed a fifteen-year sentence.

There are eleven political parties in Rwanda, at least four of which at any given moment in the electoral cycle, share power with the largest governing party, the Rwanda Patriotic Front (RPF).

Yet, journalists and commentators accept at face value, that this one particular singled out, and handed a fifteen year jail term, all because the RPF does not allow “political space” for its opponents.

In some ways, it is easy to see why, instead of questioning the basis for Ingabire’s claims, many journalists seem to take what she says as an article of faith. Like other trades and professions, journalists do not always do their job as well as they might. 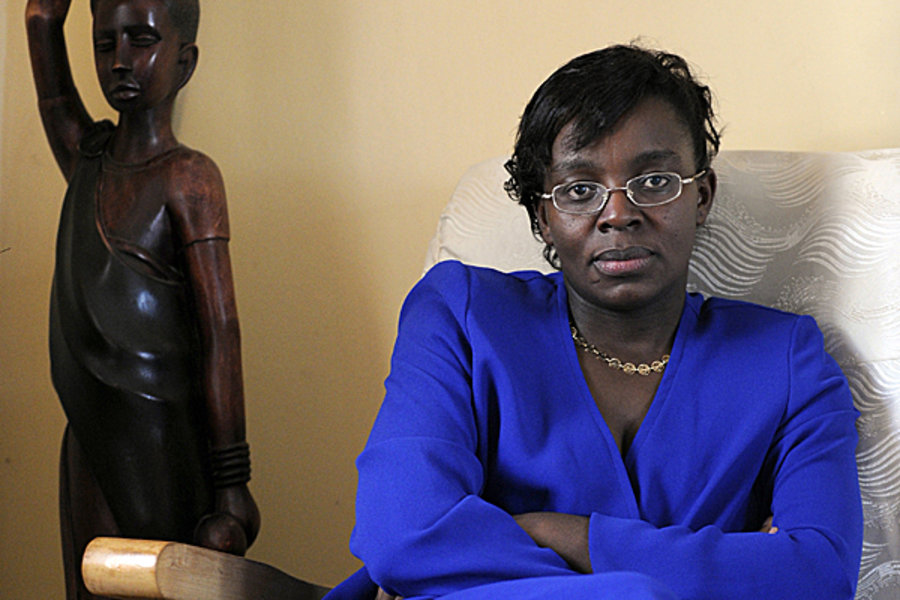 Most will not look further than the existing narrative. After all, deadlines might be looming, and isn’t this story well known already? There is surely no need for any further research. Just refer to “rights groups.” Isn’t what they say about the Rwandan government that it jails opposition politicians, and isn’t this Ingabire one such politician? Who, what, why, where, when, and how, plus a quote from an NGO, a human rights organisation, file, and on to the next story.

Ingabire was convicted of the most serious crimes, but she has managed to escape any media scrutiny. This too is not so difficult to understand and is a result of a number of factors: her own skillful manipulation of the anti-Rwanda narrative, aided by what is almost always a relaxation of the normal journalistic standards when reporting on Africa.

And it is thanks too, to the lack of journalistic rigour among many African journalists, who bizarrely, tend to follow their Western colleagues’ lead, even when reporting on local African stories.

The result is that we know very little about a story which for Rwanda, is far-reaching.

A story that touches on armed groups within the region, how they are supported, how impressionable young people, men especially, are recruited.

It is above all, a story about how deeply genocide ideology was rooted within the Rwandan body politic, and how difficult it has been, and continues to be, to pull up by the roots, and keep a watchful eye on it until it withers in the sun.

It is of course a story of denial of genocide. It is a story of how the defeated genocide establishment tries to keep their dream, that is Rwanda’s nightmare alive, and how Ingabire is the central plank of that dream and nightmare.

This story is missed. It is almost inevitable that it would be. In fact, although she profits from this indifference to the truth, Ingabire is herself often little more than a tool to be used to drive the manufactured narrative against Rwanda.

And it is not because the true story of Ingabire would be particularly difficult to unearth. Rwandan researcher Tom Ndahiro, has studied Ingabire’s life and career so thoroughly, he could buy her a pair of shoes, without the need to check the size with her.

Ndahiro has published almost all of his research online, and much of it has been used by a number of other writers, and can be read in their books.

Ingabire is certainly an activist. But contrary to the image of herself she so successfully projects, her activism is in the service of an ideology that cleaved Rwandan along ethnic lines, culminating in the mass murder of over a million men, women and children.

In spite of her constant self-reinvention, she has been and remains in the leadership of organisations and groups for which the glue that holds them together, is genocide ideology.

But, as long as enough journalists remain happy to float with the flow of the anti-Rwanda narrative, Ingabire will enjoy many more seasons as a “political dissident” with the truth of who she really is, hidden in plain sight.