In a photo taken on April 8, 2014, President Paul Kagame meets Hon. Benjamin Mkapa, the Former President of The United Republic of Tanzania in Kigali

President Paul Kagame has sent a message of condolence to his Tanzanian counterpart John Pombe Magufuli, following the passing of former Tanzanian President Benjamin Mkapa on Thursday at the age of 81.

President Kagame said that Rwandans and East Africans were saddened by the death of the Tanzanian statesman, pointing out that the loss will be felt across the continent.

“We are saddened by the passing of former President Mkapa. My deepest condolences to his family, the people of Tanzania and my friend President @MagufuliJP,”

“The loss of our brother Mkapa is one that will be felt throughout the continent. He was a great Pan-Africanist whose contribution went well beyond Tanzania,” President Kagame tweeted.

The passing of President Mkapa was announced by President Magufuli, who described him as a patriot. Mkapa died while receiving treatment at a hospital in Dar es Salaam.

“I will remember him for his great love for the nation, his piety, hard work and performance in building the economy,” President Magufuli said, declaring a week of mourning and flying of flags at half-mast.

“Magufuli asks all Tanzanians to remain calm, patient and united during this difficult time,” a statement from President Magufuli’s office reads.

The Chairperson of the African Union Commission (AUC) Moussa Faki Mahamat describe Mkapa as a statesman who will be remembered for his indefatigable efforts to find peaceful solutions to conflicts.

“It is with deep sadness that I learnt of the passing of Mzee Benjamin Mkapa, former President of #Tanzania. A statesman particularly remembered as an indefatigable peacemaker in the East African region. My thoughts and prayers go out to his family, the people and govt of Tanzania,” Faki tweeted. 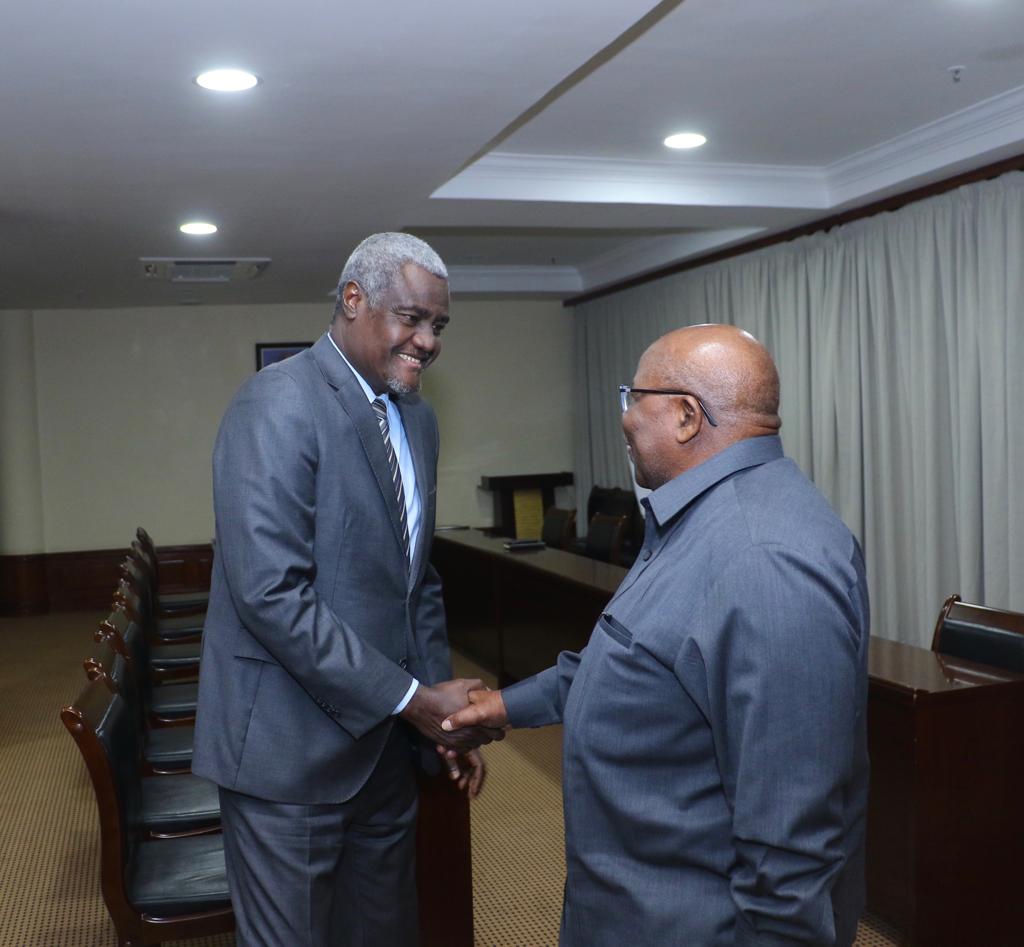 AUC Chair Moussa Faki Mahamat meets former President Benjamin Mkapa, who was the Facilitator of the Inter-Burundian Dialogue in November 2018.

“He was a revolutionary at heart and formidable leader championing peace, integration and economic development in East Africa and Southern Africa,” the South African leader said.

Mkapa was Tanzania’s third president who will be remembered for leading regional peace efforts as the ‘chief negotiator’, most recently in Burundi post-election conflict in 2007 and 2007 post—election violence in Kenya.

He was a member of the ruling and dominant Chama Cha Mapinduzi (CCM) party. Prior to being President, he also served as an ambassador, a cabinet minister (foreign affairs and information) and as a senior of the ruling party, according to the statement.

Mkapa was born on 12 November 1938 in Mtwara, Tanzania. He earned his Bachelor’s Degree in Education, specializing in English, at Makerere University, in Uganda, after which he joined Columbia University in New York.

He worked as a journalist before he was appointed the press secretary for the country’s first President Julius Nyerere and was later appointed Tanzania’s ambassador to the United States.

How Rwanda Offered to Take In Stateless Amin Hassoun