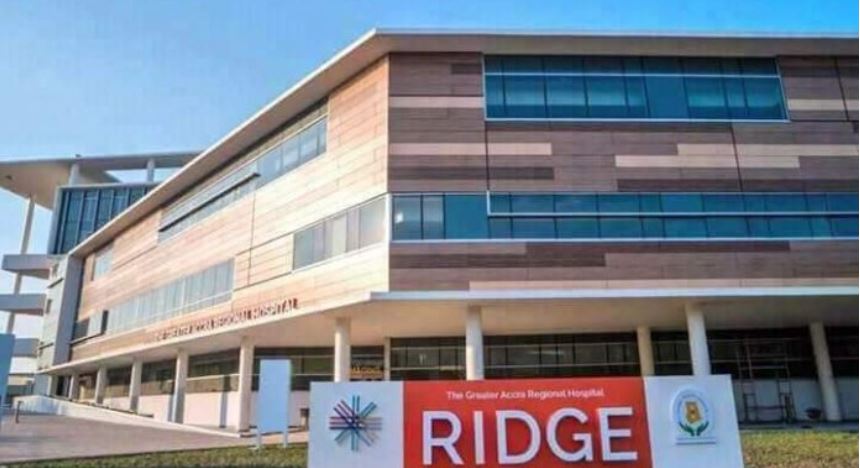 A Rwandan medical doctor who died in Ghana, reportedly due to the New Coronavirus, was a wanted genocide fugitive who had been sentenced to life in prision, in absentia.

Dr Emmanuel Twagirayezu, died on July 9, at the Greater Accra Regional Hospital, known as Ridge Hospital, but his body has been at the centre of a controversy, with some media reports suggesting that his body had to be exhumed to be handed over to his family. The hospital has since denied the reports.

The National Commission for the Fight against Genocide (CNLG) confirmed to KT Press that Dr Twagirayezu, who has been described as a ‘high profile Rwandan official’ by media in Ghana, was actually a wanted fugitive, who was accused of committing a number of crimes during the 1994 Genocide against the Tutsi.

“Dr Twagirayezu Emmanuel was born in 1950 in Ndora commune in the former Butare prefecture, now in Gisagara District. On 26/03/2010, the Ngoma Sector Gacaca Court convicted him of genocide crimes,”

“The crimes include attending genocide planning meetings, handing over Tutsi to soldiers to be killed at the hospital, inciting execution of genocide, participating in attacks and killing of Tutsi individuals called Mujejende and Sebera, as well as raping Tutsi women including students,” CNLG said.

Dr Twagirayezu was sentenced to life imprisonment in absentia. A document dated May 14 May 2020 identifies the deceased doctor among the many of the doctors, nurses and other medical staff who actively participated in killing Tutsi who had taken refuge in hospitals.

Others directly participated in the attacks and gave instructions to kill countrywide. Some of them have been arrested, tried, convicted, and imprisoned in Rwandan prisons.

The document said, other medical personnel, including Twagirayezu, were still free in the foreign countries they fled to. Some were already employed in different hospitals and clinics, regardless of the fact that they betrayed their professional standards.

Dr Jean Damascene Bizimana, the Executive Secretary of CNLG, confirmed to KT Press that the deceased Dr. Twagirayezu, who was living in Ghana, is the one who was wanted for Genocide crimes, adding that though he passed away, it should be a reminder that all countries have an obligation to hand over people wanted for genocide crimes.

“It is necessary for all countries to comply with the provisions of the International Convention on the Prevention and Punishment of the Crime of Genocide which calls for arresting, extradition or prosecuting perpetrators of genocide crime on their territory,” Dr Bizimana said, adding that if these countries can’t try them, they can choose to extradite these individuals.

“The fact that this is not being done properly 26 years after the genocide against the Tutsi is detrimental to justice. Many genocide perpetrators have died without being questioned about their killings, and some have been sentenced by Rwandan courts to life imprisonment in absentia but justice is yet to be served,” Dr Bizimana told KT Press.

Dr Bizimana said that these problems stem from the fact that many countries do not understand the seriousness of the crime of genocide and the responsibility to punish it.

“Many genocide fugitives are over 70 years old and therefore delaying justice results in their death without trial. This is what happened to financier Claver Kamana, who is accused of planning the genocide in Kamonyi, who died in France without trial and there has been a long-running lawsuit against him by the French CPCR,” Bizimana said.

According to CNLG, the Prosecutor General’s Office has issued many arrest warrants targeting medical personnel who played a role in the genocide.

Majority of the doctors and nurses who were involved in the genocide against the Tutsi fled to various countries, including France, Belgium, the Netherlands, the United Kingdom, Italy, Norway, the United States of America, Canada, South Africa, Zambia, Kenya, Uganda, Malawi, Swaziland, Burundi and Ghana, among others.

The death of Dr Twagirayezu in Ghana has been shrouded in controversy ever since he succumbed to complications from COVID-19 and doctors at the hospital pronounced him dead on Thursday, July 9, 2020. His medical report indicated he died of the New Coronavirus.

Media in Ghana reported that the deceased was not booked at the facility’s corporate services as was the norm, with most documentation processes skipped, for reasons yet to be known. Upon death, there was no record of the patient or his body being taken out of the facility.

This reportedly caused anxiety among some hospital staff. Reports suggested that investigations were launched to ascertain how the deceased body was moved out of the facility without the requisite documentation.

However, on Wednesday, the Greater Accra Regional Hospital issued a statement denying the reports, stating that the body did not go missing and has been identified by the family.

According to the statement, the body has since been released from the mortuary for the necessary burial arrangement by his family.

“Attention of Management of the Greater Accra Regional Hospital, Ridge, has been drawn to the above-titled news making rounds on social media and other news portals that the body of the late Dr. Emmanuel Twagirayezu is missing,”

“Management wishes to state that the body was available at the hospital’s mortuary and has been duly identified by members of the deceased’s Family,” the statement said.