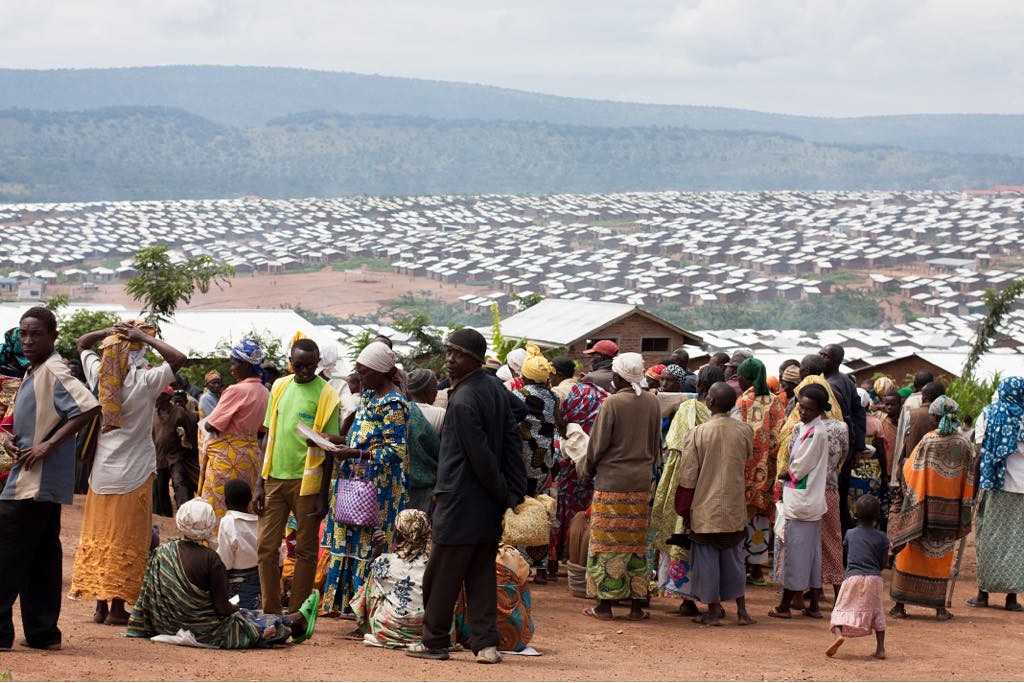 *UNHCR says there is an existing agreement between Rwanda and Burundi for the repatriation of refugees, signed in 2005.

The Government of Rwanda says it stands ready to facilitate any refugees who wish to voluntarily repatriate in the wake of reports that Burundian refugees currently living in the country have requested for talks between governments of both countries to help them return home.

A brief statement issued by the Ministry in charge of Emergency Management, without mentioning a specific group of refugees or country, said that Rwanda, which hosts about 150, 000 refugees from Burundi and Democratic Republic of Congo (DRC), is willing to facilitate a dignified return of refugees to their countries of origin.

“Rwanda reaffirms the principle of voluntary repatriation as a durable solution for refugees, in accordance with international and Rwandan law,”

“Rwanda reiterates its commitment to the protection of refugees on its territory, and stands ready to facilitate the safe and dignified return of those refugees who choose to repatriate, in collaboration with UNHCR and relevant governments,” the government statement said.

The government position came following a letter signed by about 311 refugees addressed to the President of Burundi, requesting his government to engage with the government of Rwanda and relevant organisations to facilitate them to return home.

However, not all the Burundian refugees in Rwanda, which are about 72, 000, have expressed willingness to return, with one section saying that the conditions are not yet convincing, despite the country’s new President Maj. Gen Evariste Ndayishimiye declaring, upon taking office in June, that doors were open for refugees to freely return.

Majority of the refugees fled the country following the political crisis that gripped Burundi in 2015 when the then President, the late Pierre Nkurunziza decided to seek a third term, leading to countrywide protests as people opposed the move.

Armed forces cracked down on demonstrators, unleashing brutal force against those who opposed President Nkurunziza’s extended rule, leading to close to half a million people fleeing to neighbouring countries, mainly Rwanda, Tanzania and DRC.

In their letter, the refugees said that there is hope for security under President Ndayishimiye’s rule, following his promise that there will not be any revenge exerted upon political opponents, though some who are opposed to the return say that the conditions didn’t change much despite the new government.

The United Nations High Commission for Refugees (UNHCR) confirmed it received information on the petition, with the United Nation’s body charged with refugees reiterating that it will facilitate those who wish to voluntarily return.

“Your Excellency, the President of the Republic of Burundi, we request you to repatriate us with dignity and legality as your children. We request you to initiate a dialogue between Burundi, the UNHCR and Rwanda so that we enjoy our right to return to our dear homeland with dignity,” the letter dated July 26, 2020, reads. 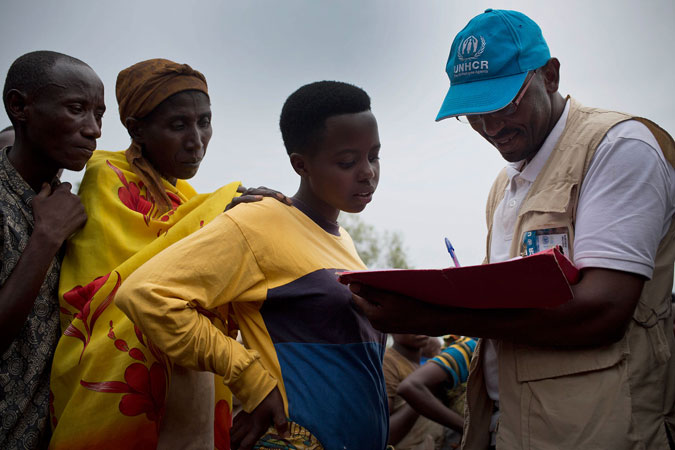 The letter, which has a list of signatories, with their full names and identities, says the refugees are willing to return home and participate in the country’s development after five years in exile. They said they are convinced that the conditions that led to their fleeing in 2015 are no longer existent.

“The demonstrations or the insurrectional movement which led to the crisis are no longer there. As of now, nothing can justify that we remain in exile with all these untenable living conditions,” said Emmanuel Bizimana, a member of the signatories, who emphasises that returning home is a right that is not negotiable.

Bizimana says that though their safety is not 100 percent guaranteed, there is reason to believe that the conditions are favourable for their return.

There are about 72, 000 Burundi refugees in Rwanda, with about 60, 000 of them living in Mahama Camp, located in Kirehe district while over 5, 000 are urban refugees, who were mainly members of the political elite who fell out with President Nkurunziza and the ruling party CNDD-FDD.

“It is difficult to gauge the willingness of refugees to return home based on the 311 signatures. They cannot speak for all the refugee. Majority still feel it is not yet safe but this is a good sign to test the conditions,” says Bertrand Niyigize, an urban refugee who runs a small business in Kigali.

Niyigize says that the reaction and willingness of the Burundian government will determine whether more refugees can return home and be assured of their safety.

“Those who are considered ‘political refugees’ who openly opposed President Nkurunziza’s overstay in office won’t feel safe to return home, fearing revenge attacks. Besides, there are those who lost their properties and money, there must be a clear plan to settle their grievances before they return,” he says.

In their letter, the signatories accuse opposition leaders, the media and political activists of standing in their way to repatriate.

“We take this opportunity to distance ourselves from the utterances of certain politicians, activists and media who purport to speak for all Burundian refugees, often saying that we do not want to return, insisting that the same fears we fled remain in place,”

“No of them has been able to come to the camp to see the miserable life we lead,” the petition, which has also been questioned by some of the refugees reads.

SOS Media, one of the credible news sources on Burundi, reported that some of the refugees saw their names on the list of signatories yet they didn’t sign it. The website quotes Jean Bosco Kwibishatse, the president of the committee of refugees in the Eastern Province-based camp.

“I have received several complaints from people who saw their names on these lists yet they did not sign the petition. The list was made in secret,” Kwibishatse said, adding that they have assessed and found that in some cases, a member of a family signed for others without consulting them.

“Others do not identify with the cause. Everything is vague at this point and this development can have another aim that we do not know yet,” Kwibishatse said, revealing deeply underlying divisions among refugees on the matter of repatriation. 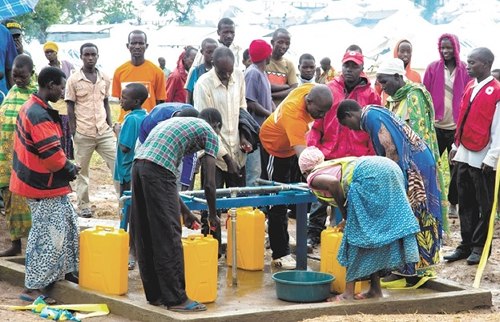 On Monday, Burundi’s Ministry of Interior, Community Development and Public Security, which is charged with the repatriation of refugees, confirmed on Twitter that it has heard of the letter, through social media and will wait for it to arrive before it takes the next course of action.

“Letter (social networks) requesting the repatriation of Burundian refugees from Mahama in Rwanda: The Ministry will wait for it to reach the addressee [President], who will give it orientation to start the process of their dignified and legal repatriation as quickly as possible,” the Ministry said.

Agreement between Rwanda and Burundi exists

In the latest development, the UNHCR Spokesperson in Rwanda, Elise Laura Villechalane clarified to KT Press that an agreement for the repatriation of refugees between Rwanda and Burundi, signed in 2005, exists, which clears earlier fears that a three-party agreement would be required for the return of refugees to be effected.

“We understand there is an existing agreement between the two countries to repatriate refugees, which was signed in 2005, which we understand has never been revoked. What is needed is a consultation between the two parties to agree, with the support of UNHCR, on the terms of the repatriation of refugees who would like to go back to their country of origin,” Villechalane said, adding that UNHCR stands ready to support the process if it is initiated and the refugees express their wish to return home voluntarily.

She says there are those who return home on their own, in an unplanned way, pointing out that last year and before the New Coronavirus outbreak, at least 200 refugees would return home every month.

Villechalane confirmed that they received the letter and that the UNHCR office in Bujumbura will initiate talks with the Burundian government to see how they could help willing refugees to return.

Relations between Rwanda and Burundi remain fragile since 2015 but President Paul Kagame has reiterated Rwanda’s willingness to work with the new Burundian government to restore ties in the near future.

In Rwanda, a Bishop Uses the Bible to Fight COVID-19