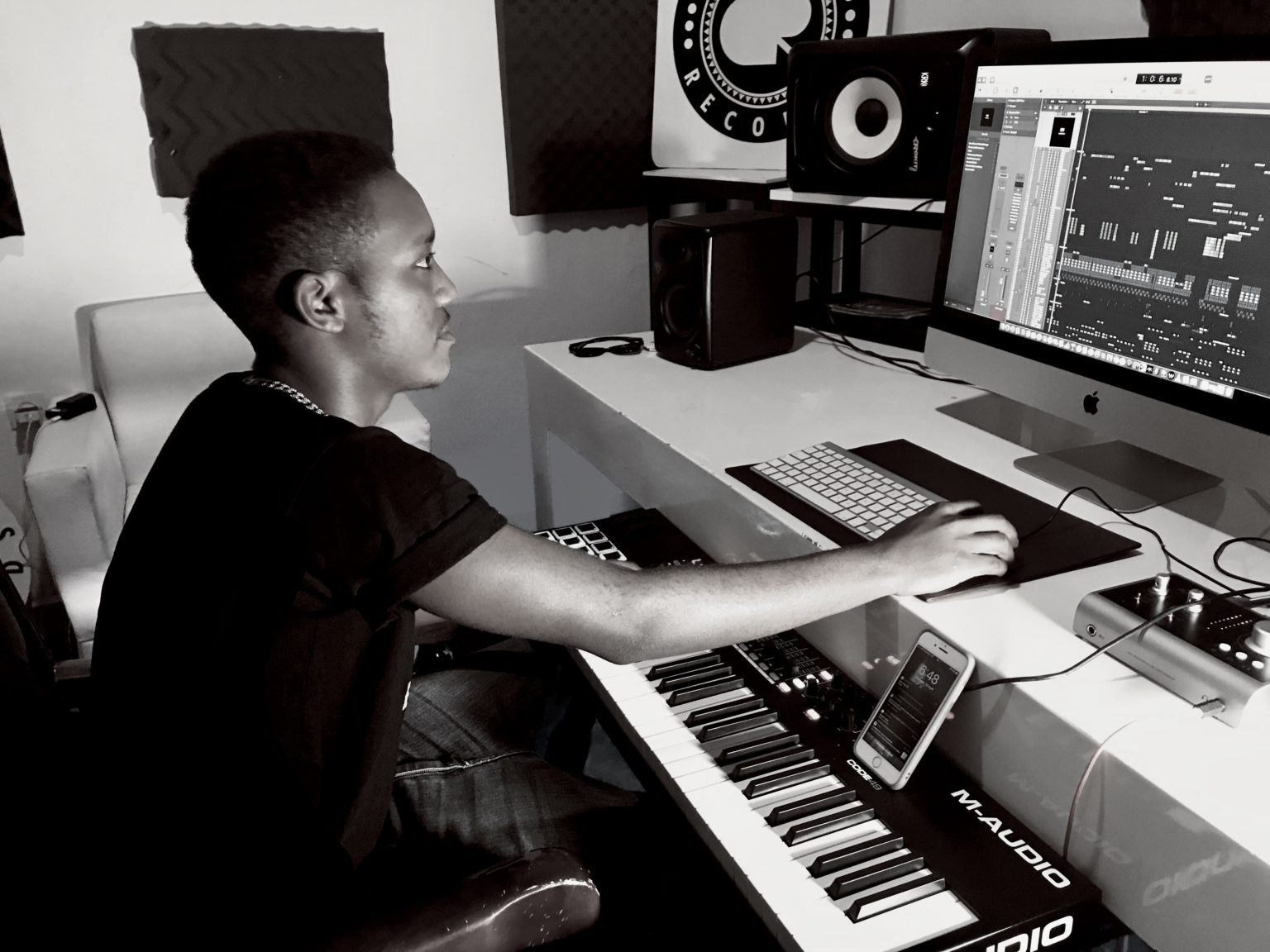 Rwanda’s youngest producer real name Robinson Fred Mugisha alias Element reveals that he started as a singer but he later discovered his niche as a producer rather than a singer after having bad working experience with producers.

Element is one of the hottest selling audio producers around the town.

He turned producer following un-seriousness, he discovered from various audio producers he tried to work with when he came to Kigali to pursue his dream of becoming a musician.

“All along I had that talent of making beats to my fellow high schoolmates, but my dream was to become a performing artiste. When I came to Kigali from Karongi, what was on my mind was venturing into the industry as a musician but it all changed after meeting various producers who were not serious on their job hence deciding to become a producer,”  says Element.

The 20 year old producer has produced most of the hit songs on charts like Kola by The Ben, Henzup by Bruce Melodie, Care by Emmy and many more.

The young talented producer was discovered by Country Records boss Jean-Paul Nduwimana commonly known as Noopja, after seeing his enthusiasm of becoming an artiste around the studio while working with producer Iyzo.

Within a period of only 1 year in the game, producer Element has managed to win hearts of top musicians like The Ben, Uncle Austin, Bruce Melodie and many other musicians who were known for working with a single producer Made Beats.

Element is slowly knocking out producer Made Beats. Rumors on the street has it that the latter had started delaying artistes music projects claiming to be overloaded because he was on high demand.

The youngest producer is currently working on projects with local artistes and Ugandan musicians like Sheebah Karungi, Ykee Benda on top of some Nigerians.

Rwanda Stands Out At the Bonn Challenge Review