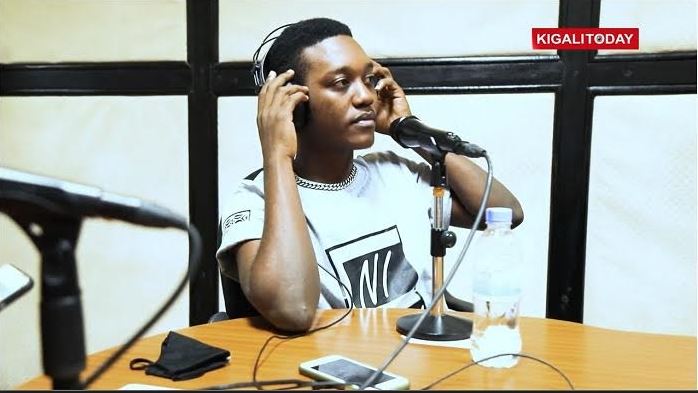 Music star Lil G real names Lionel Karangwa has advised upcoming audio producer Element to be creative in order to stay on top of his game.

The proprietor of round music studio got concerned after listening to several songs produced by the new kid on the block, Element and felt the responsibility of advising him not to fall into the trap of thinking he got it all.

“Only people who listens to music with a critical ear can tell that there’s no difference between songs worked on by Element. So as a piece of advice to him, he should think out of the box and be creative because soon people running after him will disappear in thin air. Let him use this fame he has to be more creative to stay on top of his game,” Lil G.

Producer Element is a young talented producer and singer who is currently on every artist’s list when it comes to audio production.

Some of the songs which are said to have same beats and rhythm include Passe by Rafiki Coga style and Nyaranja by Eudouce softman, all produced by Element.

Element real names Robinson Fred Mugisha has produced most of the hit songs on charts like Kora by The Ben, Henzup by Bruce Melodie, Care by Emmy and Saa Moya, Passe and Nyaranja.

Element was discovered by Country Records boss Jean Paul Nduwimana commonly known as Noopja, after seeing his enthusiasm of becoming an artiste around the studio while working with producer Iyzo.