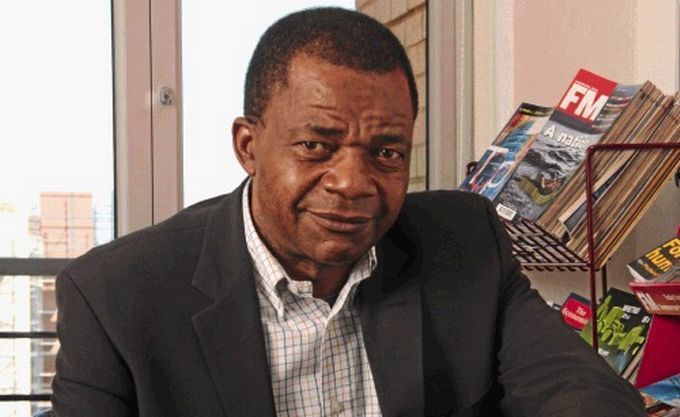 One of the mistakes many commentators make when attempting to comment on Rwanda is to portray the Genocide Against the Tutsi as just a moment in history, a date in the past, instead of a defining moment for the country.

As a result, not only do they wittingly or unwittingly engage in genocide minimisation by erasing the hell that befell Rwandans, but they also fail to grasp the consequences of the genocide on every aspect of people’s lives. This is a failure that inevitably leads to another – that is the failure to comprehend the choices Rwandans have made since.

South African commentator Barney Mthombothi’s article in the Sunday Times of Johannesburg is an illustration of the quagmire in which some commentators with a superficial knowledge of the country get entangled when trying to reconcile Rwanda’s successes on the one hand, and their misinformed opinions on Rwandans’ political choices on the other. This point is evidenced by one of the many inaccuracies in Mthombothi’s piece.

“Kagame brooks no opposition. He has turned Rwanda into a one-party state,” Mthombothi writes, displaying his superficial knowledge of Rwanda’s history and politics.

Mthombothi, like many factually challenged commentators before him, has a hard time reconciling the simultaneous existence of consensual politics and opposition because the latter means confrontational politics in his liberal worldview. As a consequence, he dismisses or is simply unaware of the fact that Rwanda is governed by a coalition of different political parties; with the RPF (due to historical factors) being what one would call the senior partner.

If he understood Rwanda’s historical context, he would see RPF’s dominance as a logical consequence of the moral high ground the party stands on as the only military force that stopped the genocide against the Tutsi and as the main catalyst of both the reconciliation process, and the impressive economic transformation Rwanda has enjoyed since. But instead, the columnist misrepresents this situation as a “one party-system.”

In fact, with the “Never Again” mantra informing the reconciliation process, Rwandans rejected confrontational and ethnic politics that had pitted some of them against a whole section of their fellow compatriots.

If Mthombothi knew this, he wouldn’t take Rusesabagina’s falsehoods that “Rwanda is today a nation governed by and for the benefit of a small elite of Tutsis,” at face value as he attempts to make a case against Rwanda’s political dispensation. Mthombothi would test those utterances against the impressive economic progress which he acknowledges, and which has lifted millions of Rwandans out of poverty, provided health care to 88% of the population and improved the average life expectancy from 47 to 69 years in the last 20 years.

This is surely not a nation governed by and for the benefit of “a small, ethnic elite!”

Any informed commentator on Rwanda will be in a position to know that Rusesabagina’s allegations are informed by the very ethnic-based politics that the Rwandan society has rejected. In other words, they are based on a fictitious and misleading representation of what the country is today. The fact that such views were promoted by a man whose fictitious depiction in a Hollywood movie is also based on a distortion of reality should be a call for caution.

Evidently, Rusesabagina didn’t shy away from building his political ambitions on a fraudulently acquired fame. Neither did he possess the necessary moral principles to temper his thirst for power with a dose of truthfulness.

Then there is Mthombothi’s extraordinary rendition theory; a shaky myth he peddles around mysterious “deaths squads” that supposedly hunt political opponents abroad. This is a figment of the writer’s imagination. To mention fictitious “death squads” in relation to how Rusesabagina came to Rwanda is to obfuscate in the extreme. Rusesabagina came to Rwanda willingly boarding a private plane, which he thought was taking him to Burundi.

“Until the time when I landed, I thought I was landing in Bujumbura,” Rusesabagina himself told the New York Times in an interview conducted from his prison cell.

This basically means that he only realized he had landed in Rwanda when he was handcuffed at the Kigali International Airport, a fact which defeats any “extraordinary rendition” claims.

The moral of the story is simple: a good commentator, if they are sincere, should strive to get all their facts straight. One has also to be knowledgeable about the historical and socio-political contexts of the country they are opining about. In Rwanda’s case especially, this is the only way to reconcile the successful economic journey and the political choices people have made.

Evidently, if the economic orientation centers and favors the welfare of the people, the politics cannot be as bad as Mthombothi wants his audience to believe.